On Monday, Massachusetts sports betting took a massive step forward. This was unexpected, but exciting for the industry because sports betting is one step closer to a reality in MA.

The House’s Committee on Economic Development and Emerging Technologies passed H 3974 on Monday and sent it to the House Committee on Ways and Means, which Representative Aaron Michlewitz chairs.

This does not mean sports betting is definitely going to be approved, but it’s one step closer to becoming part of state law.

H.3974 has been through an extensive number of steps to get to where it’s at today. In June, the Joint Committee on Economic Development and Emerging Technologies discussed 19 different sports betting bills sponsored by over a dozen lawmakers. There have been 12 drafts of sports betting bills combined into H.3974. 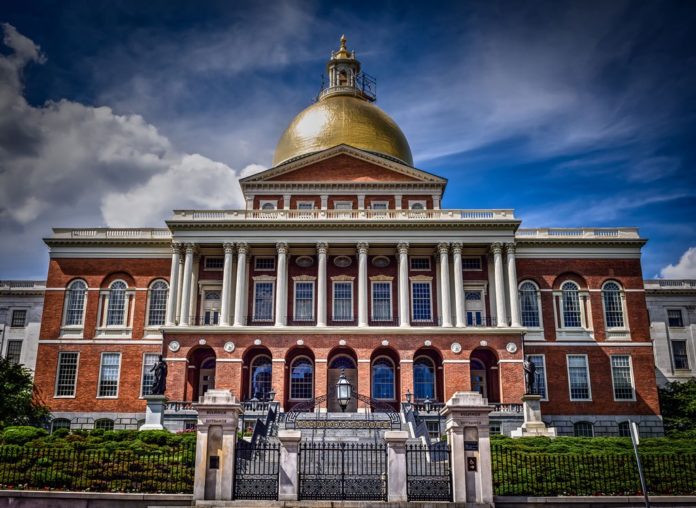 H.3974 made the cut, and it will likely be the final bill before sports betting comes to fruition. Four of five states that border Massachusetts have passed sports wagering. This is causing the state to lose a lot of money because people are betting on sports in other jurisdictions.

Governor Charlie Baker has been a proponent of sports betting for years. In his budget proposal in February, he included $35 million for sports betting. There have been sports betting hurdles since February, but the fate of wagering is becoming clearer in the state.

If H.3974 were passed, it would legalize retail and online sports betting. The framework of the bill would make Massachusetts a very lucrative betting state. There would be three types of licenses designated to casinos, racetracks, and mobile sportsbooks.

Each casino would receive three skins compared to racetracks which would only earn one. The tax rates for in-person bets would be 12.5% compared to 15% for wagers placed through the internet.

Massachusetts has professional sports teams in every major league as well as numerous collegiate athletic programs. Under H.3974, pregame collegiate wagers would be allowed on college sports throughout the nation.

Original bills outlawed bets on in-state college athletic programs, but these are legal under H.3974. Although, there will be no player props or live betting allowed. It will cost $100,000 to apply and $5 million for a five-year permit upon approval.

Next Step for Massachusetts Sports Betting: House Committee on Ways and Means

H.3974 is a 38-page document that is now on its way to the House Committee on Ways and Means. The earliest members of the group will meet to discuss the bill is Tuesday at 5:00 PM ET.

There is plenty of time for the legislature to reach an agreement on Massachusetts sports betting. The legislature meets in two-year chunks beginning on every odd year. The current session runs through December 31, so 2022 is a reasonable launch date for Massachusetts’ betting industry.

Tanner Kern
Tanner Kern is a former Division I football player at Lafayette College and a graduate of the University of Connecticut. He is currently a writer for USA Wager and the Sports 2.0 Network. He also contributes on knupsports.com, baseballspotlight.com, basketballarticles.com, footballtakes.com, bettingblogger.com! You can connect with Tanner over on Twitter @tannerkern_.
You might also like
Massachusetts sports bettingIndustryMassachusetts
MORE
Read More
11 Tokyo 2020 Group A Predictions | A Closer Look
Top US Sportsbooks