The 21st WNBA All-Star Game will take place this Wednesday, and this year’s edition will feature a different twist. Team WNBA will take on the US Women’s National Basketball Team (or Team USA) in what should be an entertaining matchup.

Candace Parker and Arike Ogunbowale headline the Team WNBA roster, which will be coached by Hall of Famers Lisa Leslie and Tina Thompson. Parker will be making her 6th all-star appearance after missing a chunk of action, but her return led to the Chicago Sky winning eight of their next nine games. The reigning WNBA Defensive Player of the Year is averaging 13.3 ppg, 8.8 rpg, and 3.8 apg in her first season with her hometown team. Ogunbowale is the reigning WNBA scoring champion, and she’s scoring 18.9 ppg this season.

Five-time assist leader Courtney Vandersloot is making her third all-star team, and she’s recorded 8+ assists in each of his appearances. Kahleah Cooper and Courtney Williams are first-time all-stars, and they are both leading their respective teams in scoring with 13.9 ppg and 17.1 ppg. Team WNBA has two of the best sixth-women of all time in DeWanna Bonner and Dearica Hamby. Both players have won the award twice, while Hamby is the reigning back-to-back winner.

Team WNBA also features three of the league’s best rebounders and one of the most imposing forces league-wide. Liz Cambage is sure to have an impact on this game. The LV Aces center is averaging 14.6 ppg and 8.9, and she’ll likely star for Australia this summer at the Olympics. The Connecticut Sun duo of Jonquel and Brionna Jones should be helpful as Team WNBA will have their hands full with the Team USA frontcourt. The former is having a career season, averaging 21.1 ppg and 11.1 rpg, which is best for second in the league. Forward Betnijah Laney and Satou Sabally were also rewarded with their first all-star appearances. Laney, the 2020 WNBA’s Most Improved Player, is averaging a well-rounded 19.1 ppg, 4.2 rpg, and 5.1 apg. 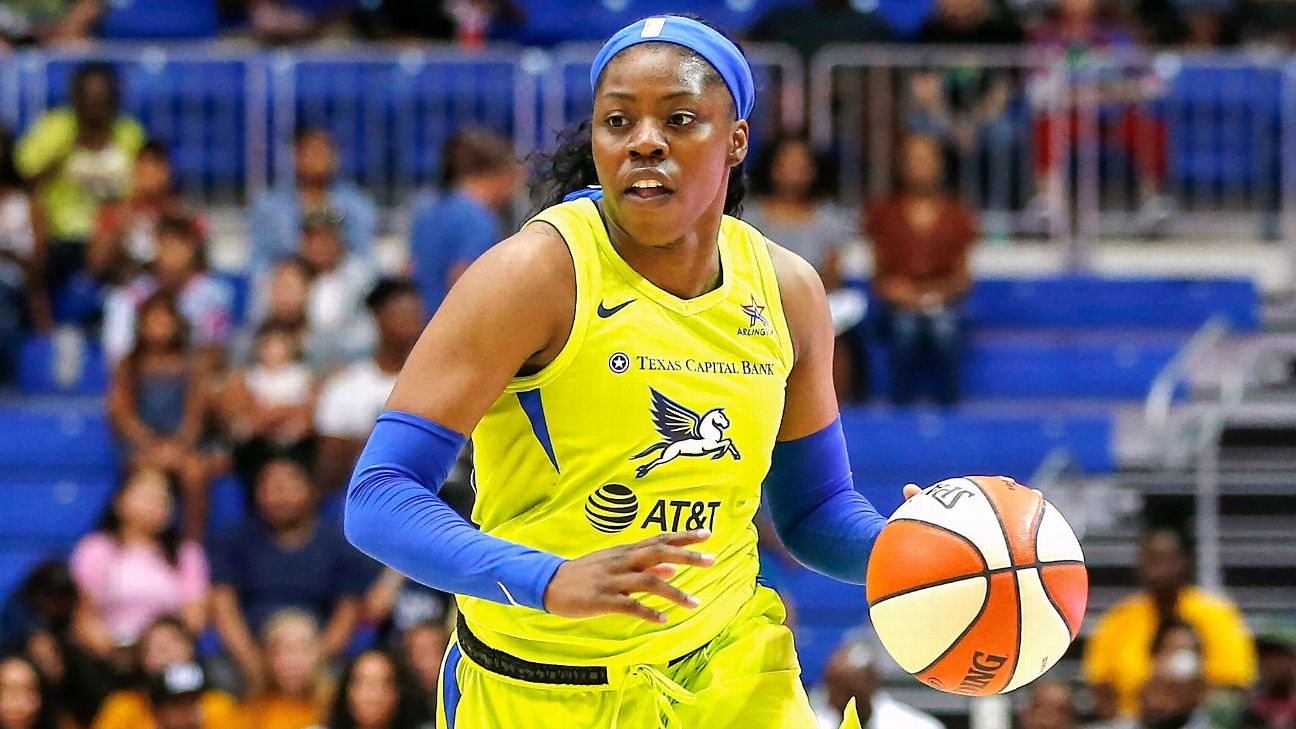 Arike Ogunbowale leads the Team WNBA roster, which will be coached by Hall of Famers Lisa Leslie and Tina Thompson.

Breanna Stewart and A’ja Wilson headline the 2021 Team USA roster. The two former league MVPs have their squads deadlocked atop the Western Conference, and they’ve both been in peak form. Stewart is averaging 20.6 ppg and a career-best 9.6 rpg, while Wilson is scoring 19.4 ppg and grabbing a career-high 9.1 rpg.

Those two might be the headlining names, but the whole frontcourt of Team USA will overwhelm opponents this summer. On top of Stewart and Wilson, head coach Dawn Staley will also have Tina Charles, Sylvia Fowles, and Brittney Griner at her disposal. Charles is in the midst of an MVP year in her eleventh season. She’s leading the WNBA in scoring at 26.3 ppg, and she’s grabbing 10.1 rpg. Fowles helped Minnesota take a seven-game win streak into the All-Star break, and she’s averaging 15.9 ppg and 9.8 rpg in her fifteenth season. Her teammate Napheesa Collier will join them in the frontcourt, and she’s leading the Lynx in scoring with 17.3 ppg.

The WNBA’s leading scorer is a name to watch on this stage. There’s only one former All-Star MVP in this game (Candace Parker), so if Charles has the opportunity to fill it up, look for her to take it.

This game looks like it’s going to be played from the inside, and that may just play into Jones’ favor. Jones is one of four players averaging a double-double this season, and her presence will be necessary if Team WNBA hopes to slow down the frontcourt of Team USA.

This might be one of the more competitive all-star games we’ll see this year. In what should be a tune-up for Team USA, Candace Parker and Team WNBA shouldn’t be taken lightly. The chemistry and size within Team USA could come into play, which is why we’re backing them tonite. Expect a close one all the way to the wire, but look for Team USA to pull off the victory and take the over for this All-Star affair.

Corey Ghee
Avid sports writer and bettor. VCU Alum. Dodgers Fan. Cameron Crazy. Longhorn Football. James Harden Advocate. 4x Fantasy Football Champion. I love the game of basketball but I serve a diverse perspective of sports, from court to field to pitch to diamond to ice to clay. There’s always a decision, and a profit to be made. I’m here to help and learn along the way. Spreads, lines, totals, let’s win together.
You might also like
Betting PickTeam USAWNBA PicksWNBA
MORE
Read More
44

Eventus International Accepting Speaking Proposals For 2021 All American Spor...
Next