The Seattle Storm will look to keep the momentum going when they travel and take on the Indiana Fever this week for a preview of the Storm vs Fever match-up in the WNBA.

HISTORY: Seattle has won three of the previous four meetings, including a 88-73 win earlier this month.

Indiana (1-11) has endured a rough season so far. They have lost seven straight games, and they’re struggling on both sides of the ball. They need solutions, really soon.

The Fever are led by the inside-outside pairing of Kelsey Mitchell and Teaira McCowan. Mitchell leads the team in scoring at 15.1 points per game, but she’s only shooting 37% from the field. McCowan scores 11.3 ppg, and she’s grown into one of the best rebounders in the league, ranking Third with 9.2 rpg. She has recorded four double-doubles so far this season.

Tiffany Mitchell averages 10.8 ppg, while Danielle Robinson scores 9.1 ppg and leads the Fever in assists (3.3). Veteran forward Jessica Breland joins McCowan on the frontline, and she has recorded a pair of double-doubles this season.

After splitting their back-to-back with the Dallas Wings, Seattle (10-2) has responded by winning their last three games. The Storm would sweep Atlanta on the road before picking up a statement win in Connecticut over the Sun, 89-66.

Seattle has been an offensive juggernaut, and they rank first in scoring, three-point percentage, and assists. 2x WNBA Finals MVP Breanna Stewart has been stellar so far, as she’s third in the league in scoring (21.3), and she grabs a career-best 9.6 rebounds per game.

Sue Bird and Jewell Loyd make up one of the best backcourts in the league. Bird, one of the most accomplished players in WNBA history, just continues to be steady and consistent. The future Hall-of-Famer is averaging 10.8 ppg and 6.1 apg. Despite coming off of her lowest point outing of the season, Loyd is averaging career highs across the board with 19.3 ppg, 3.9 rpg, and 4.2 apg.

Loyd has scored 22 or more three times this season and flirted with a pair of triple-doubles. Their backcourt is only getting stronger with the return of Katie Lou Samuelson from Team USA. Mercedes Russell and Candice Dupree join Jackson up front, and the former grabs 6.2 rpg. 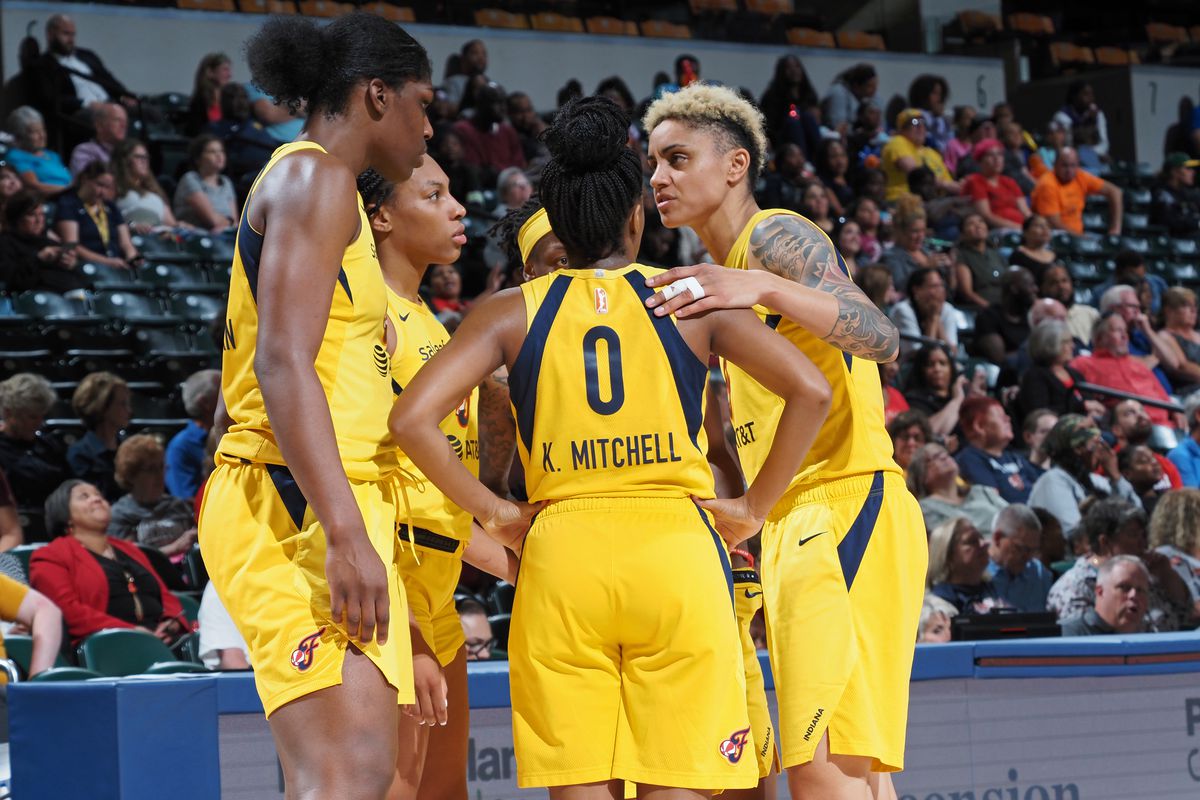 The Indiana Fever (1-11) has endured a rough season so far. They have lost seven straight games, and they’re struggling on both sides of the ball. They need solutions, really soon.

The former league MVP has found her form, and through her, they should breeze through this back-to-back without any issues. She scored 28 points in the previous meeting, which also happened to be their first win under Noelle Quinn.

Indiana’s third-year center has been one of the few bright spots for an underwhelming Fever team this season so far. If she gets to avoid foul trouble, she can have a huge impact in this game on both sides of the ball. McGowan has recorded four double-doubles this season.

There’s little chance for an upset here. Seattle just defeated one of the true contenders in the league by 23, and they won’t slip up to an Indiana team that hasn’t picked up a win in nearly a month. Things could get out of hand early, so first quarter lines and spreads are plays for this game.

Bet on Seattle this week, and take the over.

Corey Ghee
Avid sports writer and bettor. VCU Alum. Dodgers Fan. Cameron Crazy. Longhorn Football. James Harden Advocate. 4x Fantasy Football Champion. I love the game of basketball but I serve a diverse perspective of sports, from court to field to pitch to diamond to ice to clay. There’s always a decision, and a profit to be made. I’m here to help and learn along the way. Spreads, lines, totals, let’s win together.
You might also like
Indiana FeverSeattle Stormsports bettingWNBA PicksWNBA
MORE
Read More
17 New Partnership in Virtual Sports Betting Between The Kindred Group and Golde...
Next