Two of the WNBA’s best offenses will collide Thursday evening when the New York Liberty host the Las Vegas Aces. Both teams are looking to get back in the win column after coming off of close losses.

The New York Liberty have already matched last season’s win total, and they look like contenders in the Eastern Conference this year. After posting a troubling 2-20 record, they overhauled last year’s roster and now sit at 5-2 with a big month of June awaiting. This is the final home game before a five-game road stretch and the first of three matchups against the Las Vegas Aces.

New York basketball fans have been spoiled this season, as the duo of Sabrina Ionescu and Betnijah Laney has reinvigorated the franchise. Ionescu has the look of a perennial MVP candidate in just her second season. She’s averaging 16.1 points per game, 7.1 assists per game, and 6.6 rebounds per game. Her all-around play has been complimented by Laney’s improvement as a scorer.

The reigning WNBA Most Improved Player winner is third in the league in scoring (22.3) while shooting 52% from the field.

The Liberty are 4-1 at home and rank first in three-point percentage. Rookie Michaela Onyenwere is coming off a career-best 29 points in the nail-biting loss to the Atlanta Dream. Sami Whitcomb has been steady in her first year over from the Seattle Storm, averaging a career-high 10.3 ppg. 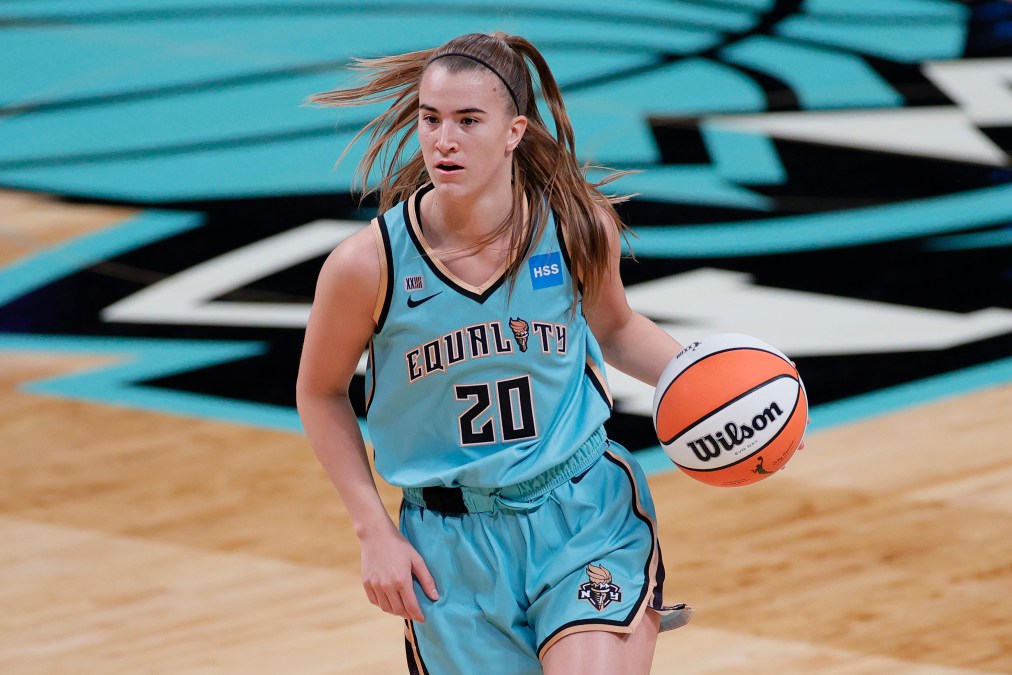 Sabrina Ionescu has the look of a perennial MVP candidate in just her second season.

Las Vegas enters this contest on the heels of a tough road loss to the first-place Connecticut Sun. Prior to that, the Aces had won five of their last six, including road victories over the Phoenix Mercury and the Seattle Storm.

The Aces ranks second in the league in scoring and first in field goal percentage. Reigning WNBA MVP A’ja Wilson leads the charge and the team in scoring at 17.6 points per game while grabbing 6.5 rebounds per game. Former WNBA scoring champ Liz Cambage scores 14.8 ppg, grabs 8.1 rpg, and blocks 2.6 shots per game. She’s coming off of a season-high 28 points against Sun.

Third-year guard Jackie Young struggled in the loss, but she’s averaging a career-best 13.3 ppg. Dearica Hamby joins Cambage upfront, and she had a pair of 20-point performances last week. Chelsey Gray scores 12.5 ppg and leads the Aces in assists (6.4)

The defending league MVP is the catalyst for the league-leading Las Vegas offense. She had a big weekend in the win over Indiana, scoring 23 points in the first game. She’s shooting over 50%, and she torched the Liberty for 31 points in a win last season.

The former Oregon Duck has grown into one of the best all-around threats in the WNBA in just her second season. She had an eventful month of May that included a buzzer-beater and a triple-double, and her presence will make the Liberty a threat to win every night.

This is going to be the game of the week, and it might not even be the toughest game of New York’s weekend. With a road test in Connecticut followed by a west coast trip, the Liberty will need to end this homestand on a high note. Las Vegas will enter as the favorites, and they may just prevail.

The trio of Wilson, Cambage, and Young may overpower a young Liberty team, but this game will see a lot of points. Bet on the Las Vegas Aces to defeat the New York Liberty, cover the spread, and take the over in what should be a shootout.

Corey Ghee
Avid sports writer and bettor. VCU Alum. Dodgers Fan. Cameron Crazy. Longhorn Football. James Harden Advocate. 4x Fantasy Football Champion. I love the game of basketball but I serve a diverse perspective of sports, from court to field to pitch to diamond to ice to clay. There’s always a decision, and a profit to be made. I’m here to help and learn along the way. Spreads, lines, totals, let’s win together.
You might also like
Las Vegas Acessports bettingWNBA PicksWNBA
MORE
Read More
24