The Dallas Wings will host the Chicago Sky for a back-to-back. These two teams have turned a corner this month, and they’ve both won three of their last four games.

HISTORY: The Sky have won four of the last five meetings, including a season sweep last year.

Dallas (8-8) has managed to win six of their last eight games, and with their last victory, they sit at third in the Western Conference. After defeating the Mystics 85-74, the Wings will look to close this month out strong here against Washington.

Arike Ogunbowale has been very impressive through two months of action. The reigning WNBA scoring champion averaged 20.3 points per game to go along with 3.3 rpg, and 3.5 apg. Ogunbowale’s all-around ability and her nose for the basket will keep Dallas in games this season, as we saw in the thrilling win over a talented Seattle team.

Her college teammate, Marina Mabrey, is posting career numbers. The third-year guard is averaging 14.8 ppg and 4.8 rebounds per game. Kayla Thornton and Satou Sabally form a solid duo in the frontcourt. Sabally averages 13.2 ppg, and leads the team in rebounding (6.2), while Thornton is averaging 8.8 ppg and 5.9 rpg. Allisha Gray is fourth at the time in scoring at 10.5 ppg.

After a rough start to the season, Chicago (9-8) has started to figure things out. Newcomer Candace Parker‘s return from injury has led to a seven-game win streak, which leaves them sitting at second in the Eastern Conference behind the Connecticut Sun, a team they defeated twice last week. The reigning WNBA Defensive Player of the Year has set the tone, and she’s averaging 12.2 ppg, 8.3 rpg, 3.7 apg, and she’s recorded a pair of triple-doubles.

Chicago has a solid team surrounding Parker. Sixth-year guard Kahleah Cooper is averaging 13.9 ppg, and while fellow guard Diamond DeShields is scoring 12.2 ppg. Lead guard Courtney Vandersloot looks set to lead the WNBA in assists for a fifth straight season. She averages 11.7 ppg, 3.8 rpg, and an impressive 8.5 apg. Astou Ndour-Fall will start up front with Parker, and she averages 10.1 ppg and 7.6 rpg. 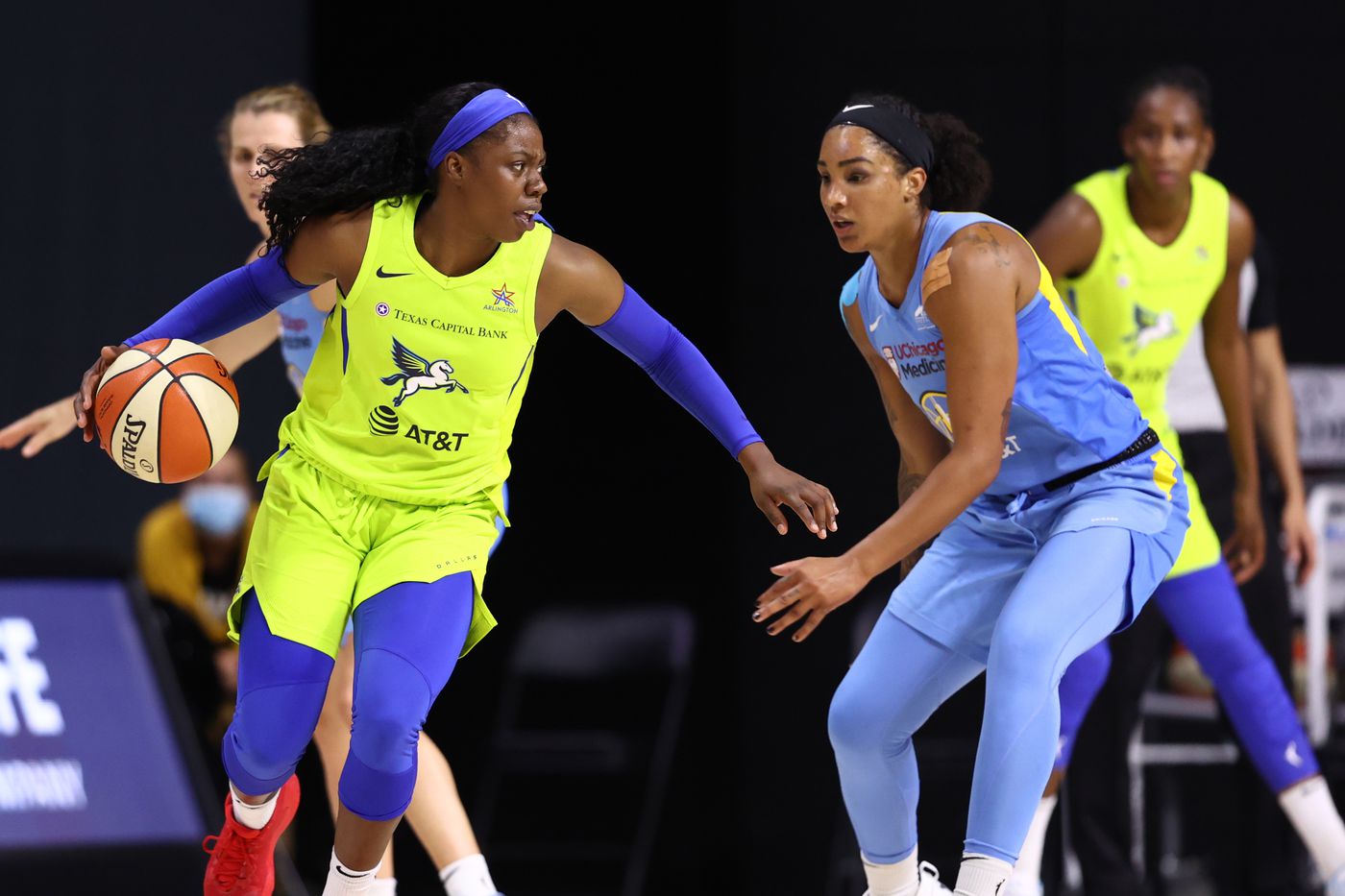 The Dallas Wings will host the Chicago Sky for a back-to-back. These two teams have turned a corner this month, and they’ve both won three of their last four games.

The 2x WNBA MVP’s return has been the jolt Chicago needed. After losing so many close games due to lack of depth, Parker’s presence alone has made this whole team better as a unit. Even at the age of 35, she still remains a threat on both sides of the ball.

Her performance against Seattle tells you all you need to know about the former scoring champion. Dallas remains one of the most potent offenses in the league due to the fear Ogunbowale puts in opposing defenses. Chicago represents one of the top defensive units in the league, but look for Ogunbowale to find ways to attack and keep Dallas in this game.

Both of these teams are playing some really good basketball right now, and the returns of Candice Parker and Satou Sabally have aided both of their respective squads. The Sky have won four of their last five road games, and they should be able to ride that momentum towards another victory. Chicago is so well-rounded on both sides of the ball that they should be able to keep up with the Wings’ attack while stifling their offense along the way. Bet on Chicago to win the first game of the back-to-back, and take the over.

Corey Ghee
Avid sports writer and bettor. VCU Alum. Dodgers Fan. Cameron Crazy. Longhorn Football. James Harden Advocate. 4x Fantasy Football Champion. I love the game of basketball but I serve a diverse perspective of sports, from court to field to pitch to diamond to ice to clay. There’s always a decision, and a profit to be made. I’m here to help and learn along the way. Spreads, lines, totals, let’s win together.
You might also like
Chicago SkyDallas Wingssports bettingWNBA PicksWNBA
MORE
Read More
10