1. Dallas Cowboys -4.5 at New Orleans Saints. The Cowboys have been in a tailspin and injuries combined with COVID cases have thrown a wrench into their one-seed chances. Amari Cooper, CeeDee Lamb, and Demarcus Lawrence are back this week and Dallas should be primed to rebound. Bet amount: 1 unit.

2. Tampa Bay Buccaneers -11 at Atlanta Falcons. Speaking of tailspins. If not for the game against Jacksonville, Atlanta would be hurting right now. The Buccaneers rebounded with a big win against the Colts, and Brady has torched the Falcons in their last two matchups. Bet amount: 2 units.

3. Philadelphia Eagles -7 at New York Jets. It’s hard to think the Eagles are going to bounce back after the showing they put up against the Giants, but divisional matchups tend to work out that way. Jalen Hurts had been playing much better up until last week so here’s thinking he gets right in New York part two. Bet amount: ½ unit.

4. New York Giants at Miami Dolphins -4.5. The Dolphins are winners of four straight and Tua Tagovailoa is starting to look like the top five picks that everyone hoped he’d be. Daniel Jones is likely sitting out this week with a neck injury meaning the man with no neck problems, Mike Glennon will take over. Bet amount: 2 units.

5. San Francisco 49ers -3 at Seattle Seahawks. There just aren’t many words past “shocking” that can describe the Seahawks this year. Wilson was hurt, yes, but now that he’s back the team just looks disjointed. Kyle Shanahan has the Niners playing great football and in line for a wild card bid. Bet amount: 1 unit.

6. New England Patriots +2.5 at Buffalo Bills. This should be one of the most anticipated Monday Night Football games of the season. The Bills exacted their revenge last year after years of defeat at the hands of Tom Brady. This year, rookie Mac Jones has the Patriots back in the playoff discussion and playing great football. The winner takes the lead in the AFC East. Bet amount: ½ unit. 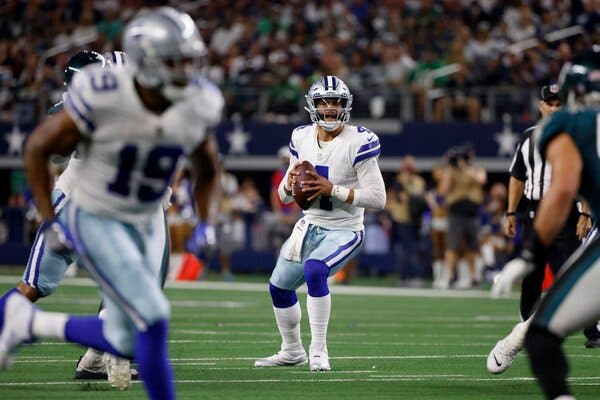 1. Minnesota Vikings -7 at Detroit Lions. The poor Lions just keep getting closer and closer to a win but can’t get over the hump. The Vikings find ways to make games interesting on a weekly basis, but that’s not always a good thing.

2. Arizona Cardinals -7.5 at Chicago Bears. It’s been a while since we’ve seen Kyler Murray and DeAndre Hopkins, yet Arizona remains at the top of the NFC. Justin Fields is nursing a rib injury that kept him out on Thanksgiving, so it remains to be seen if he’ll suit up for this one.

3. Los Angeles Chargers at Cincinnati Bengals -3. The Bengals have been one of the league’s most surprising teams this season and are coming off an utter beat down of the Steelers, but they’ve shown some inconsistency at times. The Chargers have been struggling after a hot start, but Justin Herbert may have some magic in him as December rolls around.

4. Washington Football Team at Las Vegas Raiders -2.5. The Raiders have a long week after a big Thanksgiving win against the Cowboys and Washington will travel cross-country on a short week after winning on Monday Night Football. Both teams have had their ups and downs and this could go either way.

5. Jacksonville Jaguars at Los Angeles Rams -13. The Rams have struggled to pull it together after their blockbuster acquisitions in November, but the Jaguars are a good cure for that. They made an anemic Matt Ryan offense look competent last week, and you’d have to imagine the same will happen for Sean McVay’s team.

6. Denver Broncos at Kansas City Chiefs -9.5. The Broncos’ defense is playing much better and as a team, they won’t quit on the season just yet. The Chiefs pose a problem though coming off a bye week and starting to find their mojo. Patrick Mahomes and his slew of weapons aren’t just back in the playoff race but could make a run at the AFC’s top seed.