1. USC Pac-12 South Division Winner +200: The Clay Helton era ended in Week 2 leaving this bet high and dry. Lincoln Riley was announced as USC’s head coach this week though so maybe earmark this one for next year.

2. UCF to reach AAC Conference Championship Game +100: UCF finished third behind Cincinnati who is destined for the College Football Playoffs and Houston who finished 11-1 on the year. The loss of Dillon Gabriel derailed the Knights season before conference play really got underway.

3. Louisiana Ragin’ Cajuns over 9.5 wins +105: Billy Napier’s team won their way right into finding their coach a new job at Florida. Louisiana lost Week 1 at Texas but rattled off 11 straight wins to find their way into the Sun Belt Conference Championship.

4. Florida Gators under 9 wins -125: Speaking of Billy Napier. His predecessor Dan Mullen went from winning the SEC East to looking for a job in less than 12 months. The Gators went 2-6 in the SEC and seemed to get worse each week.

5. Breece Hall Heisman Trophy Winner +2200: Hall had better stats this season than he did a year ago when he finished 6th in Heisman voting and the field of contenders was much weaker than a season ago. So, why is it that his name is nowhere to be found on lists? The Cyclones went 7-5 and were out of the playoff conversation after Week 2.

6. Clemson Tigers to miss CFP +425: The big money winner of the bunch. The Tigers took a dozen steps back on the offensive side of the ball when Trevor Lawrence exited and despite an elite defense couldn’t make their way into the ACC Championship. 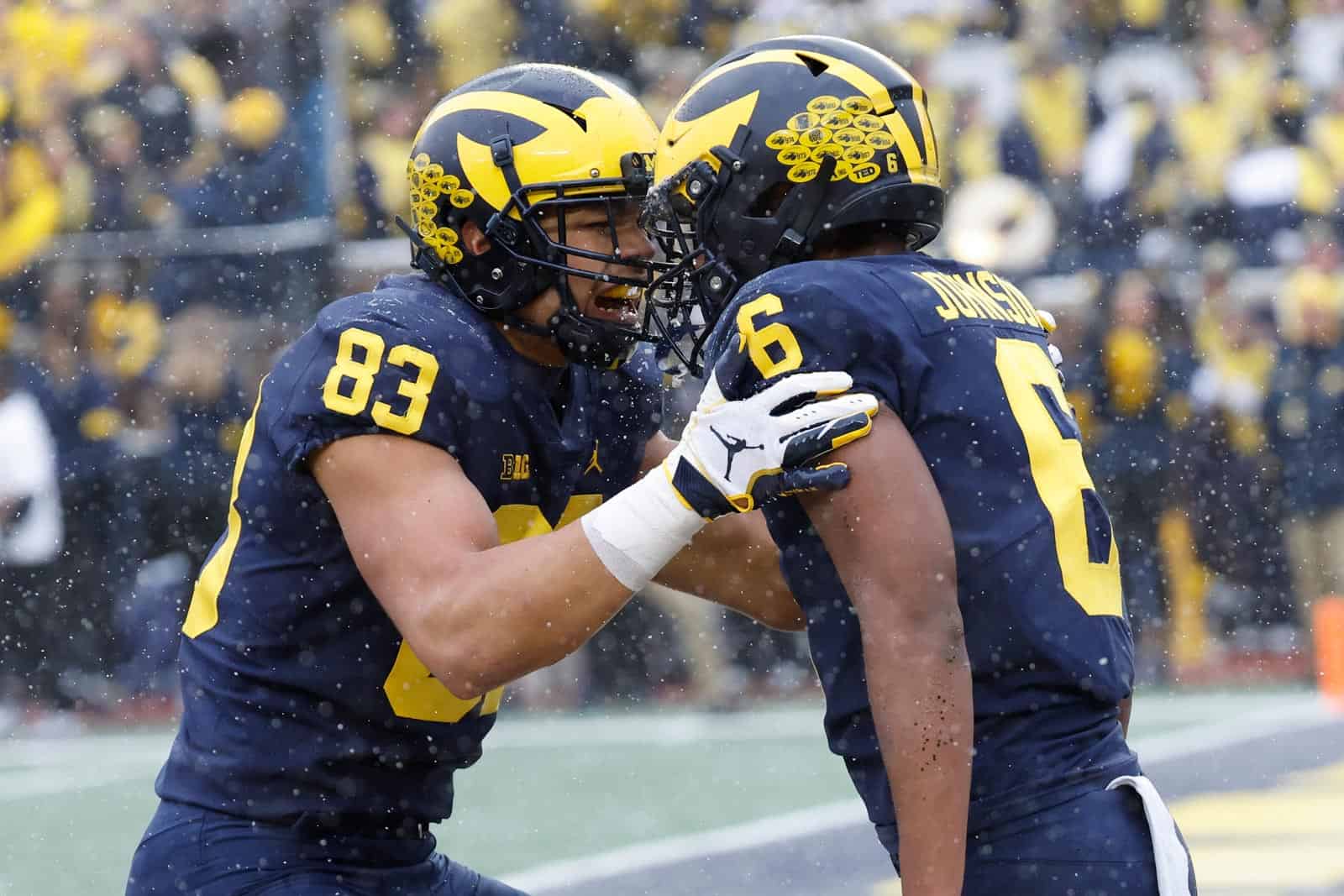 1. Oregon Ducks vs Utah Utes -2.5. Nothing that happened in the matchup two weeks ago leads me to believe that Oregon will come out of this game victorious. It may not be another 31-point win for the Utes, but their defense is suited to stop the Oregon offense and I see a Rose Bowl and a cover in the Utes’ future. Bet amount: 2 units.

2. Baylor Bears vs Oklahoma State Cowboys -3.5. The Cowboys have a stout defense and an offense capable of putting up plenty of points. They have an outside shot at making the College Football Playoff and Mike Gundy will have his team motivated. Bet amount: ½ unit.

3. Michigan Wolverines -11.5 vs Iowa Hawkeyes. Jim Harbaugh finally broke through and knocked off the Buckeyes. Wisconsin slipped up against Minnesota so the Hawkeyes will make the trip to Indianapolis. The Iowa offense has been an eyesore most of the season and Michigan will shed even more light on that. Bet amount: 2 units.

4. Pittsburgh Panthers vs Wake Forest Demon Deacons over 72.5. For the first time in a while, this game won’t be decided before kickoff. Clemson will be sitting at home and these two teams will be throwing the ball all over the field. Kenny Pickett and Sam Hartmann finished first and third respectively in a touchdown pass on the year in the ACC. Bet amount: 1 unit.

5. Alabama Crimson Tide +6.5 vs Georgia Bulldogs. This one is the homer in me. Nothing about what the Tide has done in the past few weeks leads anyone to believe the Tide can win this one, but Bryce Young is the Heisman Trophy favorite and Will Anderson Jr. should probably be the winner instead. Hard to count out Nick Saban in a big game. Bet amount: ½ unit.

6. Houston Cougars +10.5 vs Cincinnati Bearcats. Cincy will win this one, but they’ve played many of their recent games close to the vest. On the brink of making the playoffs can, the Bearcats put the final nail in the coffin and make the big dance? Bet amount: 1 unit.