The iconic matchup of the Sweden Women’s National Football Team vs. the US Women’s National Team is set for July 21 at 5:30 p.m. local time in Tokyo. This will be the first match of the Group Stage and is the starting point of the Olympic Journey for the 2021 USWNT.

This is an important matchup because the results set the tone for the remaining matches and will be what the USWNT’s future opponents, New Zealand and Australia, watch to gauge their defensive and attacking plans.

Both sides of the field have something in common; they host incredibly talented players, meaning it truly is anyone’s match. However, they are vastly different teams in terms of experience, rankings, and overall performance.
Close-up of Sweden

Sweden is coached by Peter Gerhardsson and boasts a group of highly experienced players. The team has four players who have over 100 caps; their goaltender Hedvig Lindahl is one such player with a total of 172 caps. This team has also been together for a while, and as a result, has incredible rhythm and chemistry. 18 of the 22 athletes who were on the third place FIFA Women’s World Cup team in 2019 will be representing Sweden in Tokyo.

With this in mind, it is important to note that two of the best players from that roster will not be on the Olympic Team because of injuries and family obligations. However, this shouldn’t be too much of a concern for the team, with captain Caroline Seger on their side.

Seger is the all-time leader in international appearances for Sweden with 215 caps. This is the midfielder’s fourth Olympics, so she is more than familiar with the tough competition that is present at this elite level of play.

Sweden also has Kosovare Asllani in their back pocket. Asllani is the football team’s top scorer with 38 career international goals. 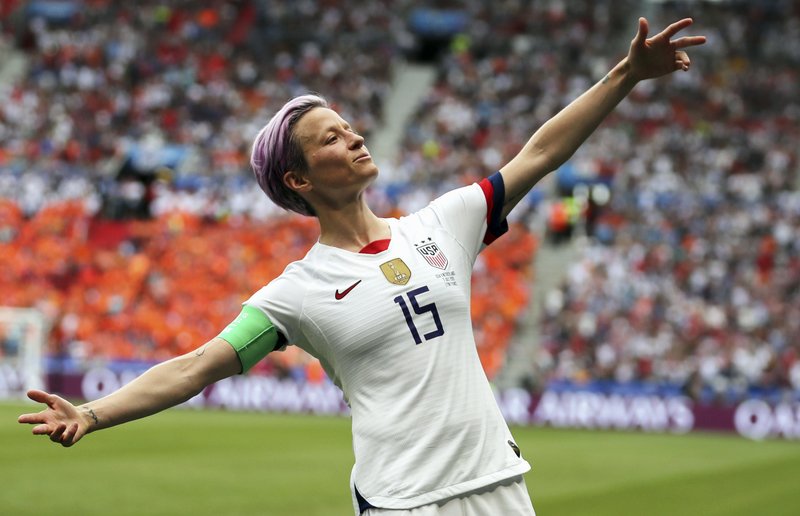 The iconic matchup of the Sweden Women’s National Football Team vs. the US Women’s National Team is set for July 21 in Tokyo. This will be the first match of the Group Stage and is the starting point of the Olympic Journey for the 2021 USWNT.

In total, nine players who are returning to compete in the 2021 Olympic games were a part of the 2016 squad who took home the silver medal in Rio. At that same Olympics, Sweden took out Team USA in the Quarterfinals on their way to the silver. There is no doubt that members of Team USA will be looking for redemption from the match that was ended by penalty kicks.

As far as statistics, Sweden currently sits at No.5 in FIFA rankings with a 2021 record of 4-0-2. They are unbeaten in their last eight matches, which date back to October 2020.

Close-up of the United States

The United States is led by head coach Vlatko Andonovski and has a mixture of veteran players and first-time Olympic competitors. The starting goalie for the team is Alyssa Naeher, and this will be her second Olympic game. Naeher was a part of the 2019 team that won the World Cup and will be a strong presence for the United States in the net.

Other notable players for the team include Crystal Dunn, Kelley O’Hara, and captain Becky Sauerbrunn. Dunn will be making her second Olympics appearance at the game, but her first as a defender. Dunn was also a part of the 2019 World Cup team.

O’Hara is highly experienced and brings leadership to the team, having competed in the 2012 and 2016 Olympics. O’Hara is also a two-time World Cup Champion, winning in 2015 and 2019.

Sauerbrunn is a key player as well, but not a huge goal scorer. Sauerbrunn is actually nearing a record for the most games played without scoring a goal. The captain uses her talents elsewhere by teaching, leading, and encouraging her teammates.

The United States, with this impressive roster, is currently the No.1 Women’s soccer team in the world. They have a 2021 record of 11-0-1.

The two teams last met on April 10, 2021. The game ended in a 1-1 draw with goals from Lina Hurtig on the side for the Swedes and Megan Rapinoe for the United States. This match ended the United States’ 16-game winning streak and moved their record to 7-3-6 for the last 15 matches against Sweden, which goes back to 2010.

Both teams have high-caliber players, and the pick is made more difficult due to the teams’ last meeting ending in a draw. However, the United States is the current No.1 team in FIFA standings for a reason. They are the current best at the game and have players who were a part of recent Championship teams. Although both teams have no losses in their 2021 records, the United States has used their many wins to cement themselves as No.1. They will likely use the weapons that brought them to their elite first-place status to defeat Sweden on Wednesday.