The Seattle Sounders will host FC Dallas on Wednesday, August 4 at 10:00 pm EST at Lumen Field. The first-place Sounders have been in a bit of a dry spell, winning only one game in their past four. Their only win came against last-place Austin FC, while one of their losses came against 11th place San Jose. The once invincible team might be mortal after all.

FC Dallas is rising out of their grave with almost the exact opposite form of the Sounders. They beat Sporting KC—a team that just thrashed the Sounders—and gave the LA Galaxy a brutal 4-0 defeat. 18-year-old Ricardo Pepi is red hot at forward. He has eight goals this season, and three of them came in the Galaxy match. With a forward in as good of form as Pepi is, any shot he takes has a good chance of being a goal.

The Seattle Sounders need to convert their chances to goals. While not so simple, the Sounders have been outshooting just about every team they come against, yet the goals don’t always come, especially as of recently. They need to be a little more patient in front of goal. 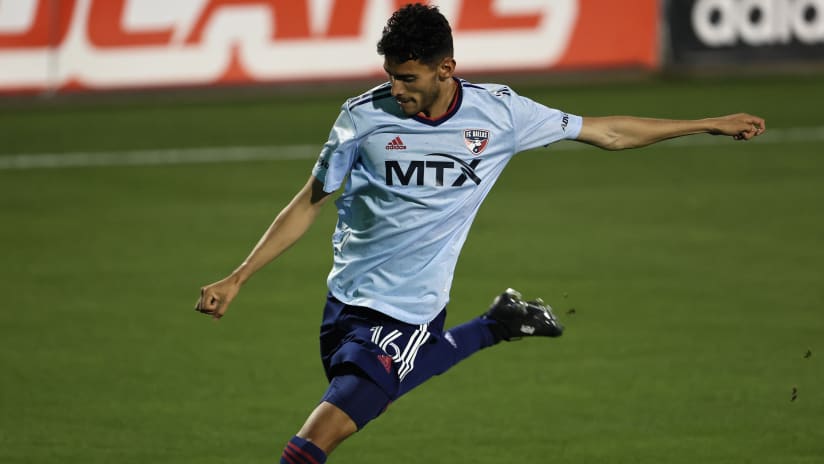 18-year-old Ricardo Pepi is red hot at forward. He has eight goals this season, and three of them came in the Galaxy match.

Ricardo Pepi for FC Dallas is the name of the game. He has been a force as of recent, shooting from just about wherever he finds himself and scoring most of them. If the Sounders can control him, they will have to spend plenty of resources and energy doing so, opening up the field for the rest of the Dallas supporting crew.

Tactically, Dallas needs to make sure that they don’t get dominated on the wings. The Sounders play with five in the back and four in the midfield, so width in the first two-thirds of the field will be plentiful. Dallas will have to make sure that they dominate the center and defend well on crosses. The Sounders have a versatile attack that can be lethal from anywhere.

This is a tough one. Do you believe in the team that is one of the best in the MLS who haven’t been in the best of form? Or do you back the underdogs who have taken down two top three teams in the Western Conference? What do you value more? Form or talent?

I value talent and think that a top-table team with veterans like the Sounders will be able to get the job done. With the odds giving FC Dallas the benefit of the doubt because of their form, a bet on the Sounders here is good value.

While their moneyline is a little too steep at -150, a game parlay with SEA Sounders winning and the goal total under 3.5 at +135 is the bet to take. They have played deceptively good teams recently, and of the 17 games they have played this year, only five games have had more than three goals.

Jack Cohen
Jack Cohen is an avid sports watcher and writer. After a collegiate career playing Soccer, he remains closely intertwined with the sport, following all major domestic leagues and international competitions. He is a New York sports fan through and through, sporting the uncommon combo of NYCFC, Nets, Jets, and the Yankees. He is forever grateful to the Jets for teaching him how to have unconditional optimism in the face of consistent disappointment.
You might also like
Betting PickFC DallasMLS PicksSeattle SoundersSoccer picksSoccer
MORE
Read More
9