The National Women’s Soccer League (NWSL) kicks off Pride Month with a Saturday afternoon matchup between the Chicago Red Stars (1-1-2) and the North Carolina Courage (1-1-1.) The Red Stars vs Courage soccer match will take place at SeatGeek Stadium in Bridgeview, IL, at 2pm EST.

CHICAGO RED STARS: THE PROBLEM WITH RELYING ON MALLORY PUGH

With the loss of Julie Ertz and Emily Boyd to injuries, the Red Stars, who are currently eighth in the league, have had a slow start to the 2021 season, entering their fifth game with only one win. This team has certainly struggled with scoring in the past year, failing to put a number on the board for the first two games of this season.

Despite difficulties with scoring in the past, the Red Stars have, through the past two games, succeeded in solving that problem to some degree. Despite her formidable dribbling skills and ability to maintain possession, Mallory Pugh continues to serve as a player who creates opportunities instead of goals.

Pugh’s teammates, like Kealia Watt, have been unable to capitalize on those opportunities, rendering Pugh’s efforts as fruitless. The Red Stars’ biggest challenge of this game (and perhaps of this season) is to fully take advantage of the chances that Pugh creates by turning them into goal-scoring plays. 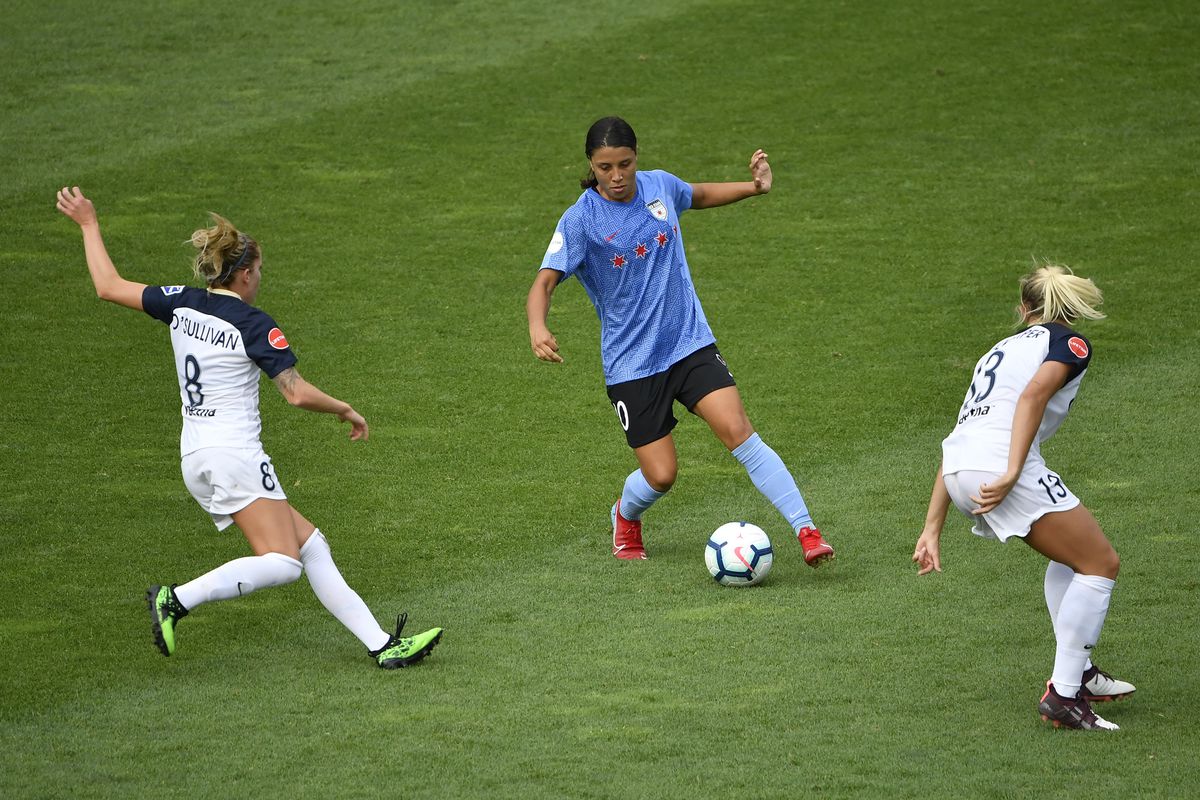 The National Women’s Soccer League (NWSL) kicks off Pride Month with a Saturday afternoon matchup between the Chicago Red Stars (1-1-2) and the North Carolina Courage (1-1-1.).

The Courage, currently fourth in the NWSL, surprised audiences by starting off the 2021 season rather sluggishly, with two consecutive losses. However, the tides turned last week when they defeated Racing Louisville 5-0, with stars like Lynn Williams, Abby Erceg, and Debhina scoring late in the game.

The sloppy start was extremely surprising due to the fact that the Courage has definitely been one of the strongest and well-organized teams in the NWSL for a handful of seasons. Expectations were high, and the Courage failed to meet them until their massive win. Their challenge for this match is to keep the scoring momentum and energy level going to snatch up another vital win.

Despite the talent of Mallory Pugh and the scoring streak that the Red Stars have kept up for two games, I think that the Courage will emerge victorious in this matchup. The Red Stars’ strategy has been to rely on and capitalize on “star power” for years, but Mallory Pugh, despite her talent and power, is not the kind of player who scores again and again. That responsibility falls on her teammates, and if they are unable to take advantage of the opportunities Pugh has provided, the Red Stars will struggle during this match.

The Courage are coming off a huge, vital win, and they are currently facing an extremely important match. Defeating the Red Stars will potentially edge the Courage into second in the league, so this game is crucial to the future of their season. I think that key players and scorers like Lynn Williams and Debhina will channel that excitement and energy directly into this game, fighting for a deserved top spot in the league.

Allyson Park is a writer and media intern for Knup Sports and the Sports 2.0 Network covering a variety of topics, including football, soccer, and baseball. Connect with Allyson on Instagram @allysonpark01.

Allyson Park
Allyson Park is a sports writer and media content creator at Knup Solutions. She covers a variety of sports, including football, soccer, basketball, and baseball. She is currently a student at Virginia Tech majoring in multimedia journalism and minoring in creative writing. Her favorite sports to watch are NFL football and women's soccer. After graduating, she hopes to enter the sports journalism industry and provide a unique angle and perspective on sports as a woman of color.
You might also like
Soccer pickssports bettingSoccer
MORE
Read More
10

How Is This Italian Euro 2020 Side So Strong?
Read More
9 England Running on Borrowed Time at the European Championship
Previous

BetMGM Becomes Exclusive Betting Partner of “The Hockey News”
Next

The Great One Becomes Brand Ambassador for BetMGM
Upcoming Event