Netherlands vs Austria Preview and Prediction The Netherlands vs Austria match-up will be the deciding contest for the top spot in Group C this Thursday at the UEFA Euro 2020.

Both teams picked up three points in their opener, so the winner of this one may just take the group.

Netherlands: Tale of the Tape

The Netherlands opened the tournament with a tough win over Ukraine that featured five second-half goals. The Dutch jumped out to a 2-0 lead right after halftime, but the Ukrainians responded immediately, tying the game at 2 with just ten minutes to go. A late strike from Wout Weghorst would get the Netherlands over the hump, giving them the 3-2 win.

The Netherlands looked terrific and dominated about 86 minutes of their game against Ukraine, but this match is going to be much more difficult. Peter DeBoer went with a 3-5-2 against Ukraine, which proved successful in winning from the perimeter. Maarten Stekelenburg will be making his 61st cap in goal. He’ll be covered by the Ajax duo of Davey Blind and Jurrien Timber and Serie A winner Stefan de Vrij. Juventus stud Matthijs de Ligt will soon join the team from injury.

The key in this game will be the play of the midfield. Atalanta’s Marten de Roon, PSG’s Georginio Wijnaldum, and Barcelona’s Frenkie de Jong are going to have to control the game and keep the pace frenetic because Austria’s midfield would much rather turn this into a slugfest. Wijnaldum, who recently completed his free transfer from Liverpool to PSG, is granted greater freedom for his country than he was for his previous club, and he duly delivered the opening goal after Ukraine Memphis Depay and Wout Weghorst have co-existed well through three matches, as the former doubled his international tally in the win over Ukraine.

Austria: Tale of the Tape

Austria will enter this one on the heels of a good opening win against North Macedonia. Watford keeper David Bachmann will make his eight cap in goal, with the three-man front of Freiburg’s Philipp Lienhart, Frankfurt’s Martin Hinteregger, and Real’s David Alaba. The former Bayern Munich stud made his 82nd cap and made his presence felt on both sides of the ball, disrupting the North Macedonia attack and dishing out an assist himself.

The Mönchengladbach combo of Konrad Laimer and Stefan Lainer will flank Hoffenheim’s Florian Grillitsch, and the Red Bull duo of Marcel Sabitzer and Andreas Ulmer, with the latter more than likely falling in a deeper role to handle to attack of the Dutch.

Austria will be without star forward Marko Arnautović after he received a suspension following his celebration against North Macedonia. The Boys will miss the 6’4 hunter, as his 28 goals rank first among active Austria players and third all-time. Stuttgart’s Saša Kalajdžić and Austria team captain Julian Baumgartlinger will start up top and make their 9th and 85th caps, respectively. 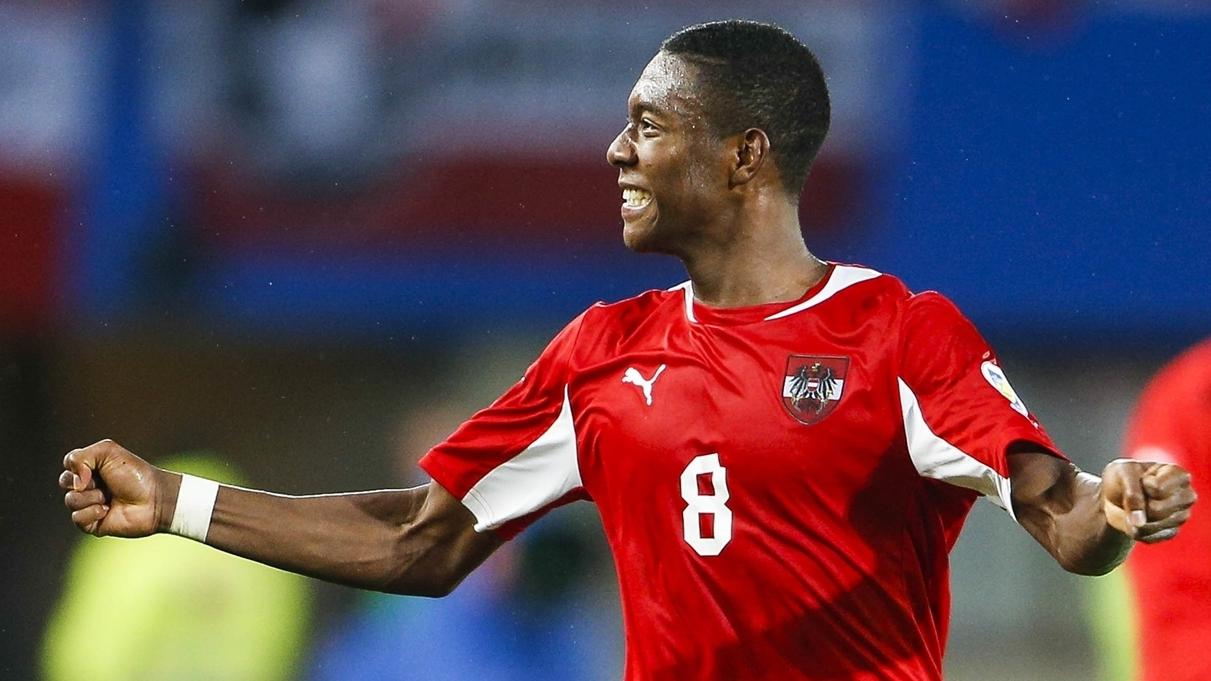 The Netherlands vs Austria match-up will be the deciding contest for the top spot in Group C this Thursday at the UEFA Euro 2020.

It’s finally Memphis Depay’s time to shine. There’s no Arjen Robben, no Robin Van Persie, no Wesley Sneider, and it’s now time for Depay to deliver for his country. Things never really took off at Man U, but the speedy forward netted 20 goals for Lyon this year, and he’ll be an integral part of the Dutch attack this summer.

David Alaba operated at the heart of the three-man Austrian defense. He offered the much-needed solidity in the middle but was forced to play in a more attacking role in the second half. It paid off, though, with the newly-signed Real Madrid superstar helping Austria win their first major tournament game since 1990. Austria will need his best today, as he’s a big key.

Austria performed admirably in their opener, taking the three points and lessening the pressure on this game. The Netherlands held off Ukraine, which now puts them in the driver’s seat to win Group C and advance. With Austria entering short-handed, they may end up overmatched. The Netherlands should get off to a faster start this time out, and they could be in line for three more points, as the Austria offense is going to have a tough time breaking through the talented Dutch wall. Take the Netherlands to win, and maybe even their halftime result.

Corey Ghee
Avid sports writer and bettor. VCU Alum. Dodgers Fan. Cameron Crazy. Longhorn Football. James Harden Advocate. 4x Fantasy Football Champion. I love the game of basketball but I serve a diverse perspective of sports, from court to field to pitch to diamond to ice to clay. There’s always a decision, and a profit to be made. I’m here to help and learn along the way. Spreads, lines, totals, let’s win together.
You might also like
euro 2020Soccer pickssports bettingSoccer
MORE
Read More
12

MLB Has Just Cracked Down on Substances. Hard.
Next