Toronto FC will host the New York Red Bulls at BMO Field in Toronto, Canada, on Wednesday, July 21 at 7:30 pm EST. Finally, back at their home field, Toronto tied Orlando in their first home game in 497 days which also saw the return of Jozy Altidore, who had previously been training away from the club. Their season has been less than stellar as they currently sit in 13th place in the Eastern Conference, but a draw against Orlando says they might be at a turning point in their season.

The New York Red Bulls have been itching for that turning point where they can kick their season into high gear. They have had a collection of inconsistent results. They drew Atlanta United 0-0, but also beat Orlando 2-1, drew Philly Union 1-1, and lost to the Revolution 3-2 in a very hard-fought battle. Toronto wants to take this game as a way to prove that they are back in the MLS.

With Jozy Altidore back, the attack now has another big threat. His goal against Orlando was exactly why you want a guy like Altidore in your squad. He is incredibly athletic and a physical player who does not back down from challenges. He wants to go after every defender he faces. He has grit and tenacity that leads to goals, and Toronto has been missing that. He brought an extra fire to their match against Orlando, and that should be here for this game against the Red Bulls. Aim for the big lad Jozy in the box and let him fly.

Toronto needs to defend similarly to how they did against Orlando, which is calm and composed. Orlando’s only goal came from a penalty that was the result of a defensive mistake. Careful with those balls over the top, and Toronto might have a chance to really get their season to be heading in the right direction. 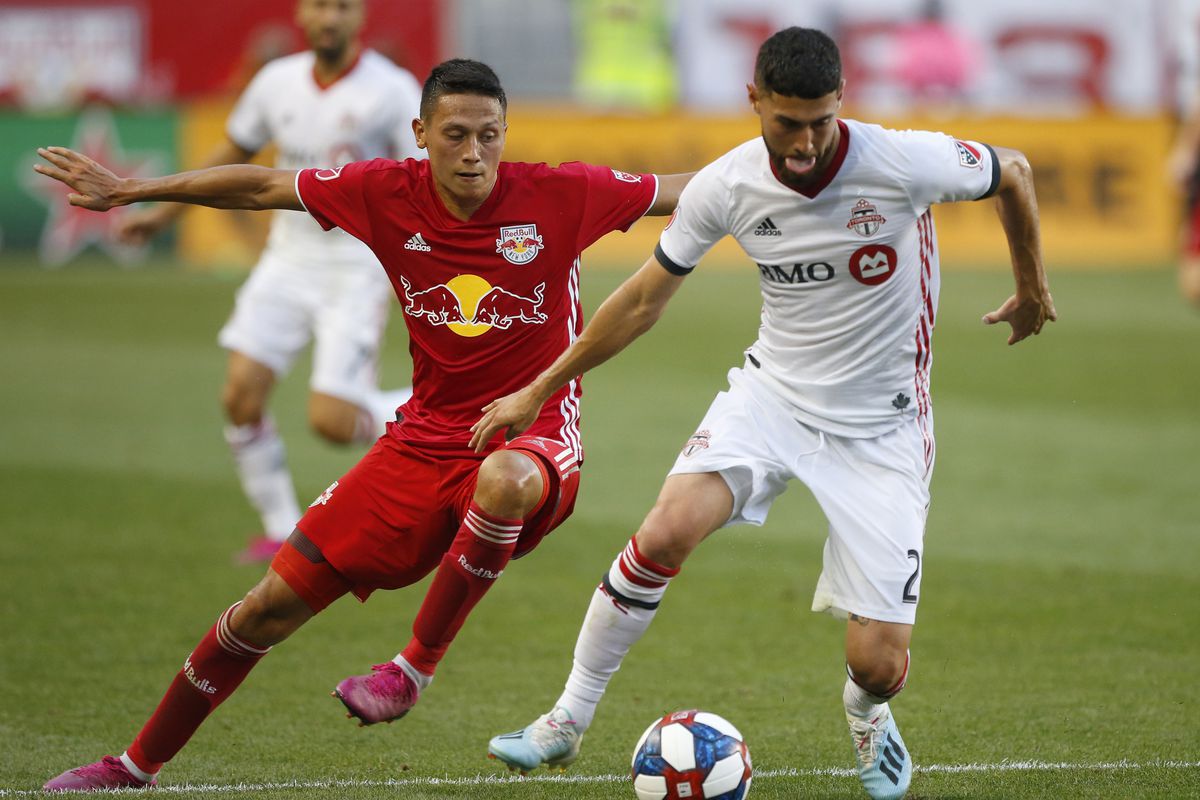 Similar to Toronto, the Red Bulls need to be more composed defensively and play smart. In their own match against Orlando, they gave up a foolish goal that resulted from a defensive mistake. When in doubt, get it out. Clear the ball from the defensive third if there is pressure. The Red Bulls will shoot themselves in the foot if they can continue to try and do too much. Soccer is a simple game. They need to play as simply as they do on the attack on defense.

The Red Bulls do a really good job of being direct in their attack, and this will give a Toronto team that has given up 30 goals a lot of trouble. The Red Bulls don’t overplay the ball. They find pockets of space and move towards the goal. This is especially troublesome for a team that does not defend well, to begin with. The Red Bulls need to be decisive and drive at defenders. They have the individual talent in Caden Clark and Christan Casseres Jr.; they just need to give them the green light.

This one is definitely going to be closer than the records might indicate. The Red Bulls have been in fantastic form, taking down some of the top teams. Toronto, though, just played a game that was lightyears better than some of the performances they have put up in the past. With a new coach playing at home again, and Jozy Altidore back in the lineup, this is a new Toronto team. With the honeymoon phase of playing in front of their fans again remaining, Toronto will shine new light onto their season and take this one in a very tight match.

Jack Cohen
Jack Cohen is an avid sports watcher and writer. After a collegiate career playing Soccer, he remains closely intertwined with the sport, following all major domestic leagues and international competitions. He is a New York sports fan through and through, sporting the uncommon combo of NYCFC, Nets, Jets, and the Yankees. He is forever grateful to the Jets for teaching him how to have unconditional optimism in the face of consistent disappointment.
You might also like
Betting PickMLS PicksNew York Red BullsToronto FCSoccer
MORE
Read More
9