Austin FC will host the Seattle Sounders on Thursday, July 22 at 9:30 pm EST in a Western Conference battle that is considered well lopsided. The Sounders have only played one game so far this season where they did not get at least one point while Austin has played six. The Sounders form remains in good standing despite the first-place team with 29 total points losing their most recent matchup against Minnesota 1-0. Austin wants to bounce back from their most recent matchup as well, losing 2-0 to LAFC right after thrashing the Portland Timbers 4-0.

It is always tough to play from the top as Seattle has a target on their back. Austin wants to take down the top team while Seattle wants to remain there as long as possible, gathering as many points as they can to put themselves in the best position come playoff time.

The Seattle Sounders has not been in the best form recently. They are pulling draws out of games that they should be winning. As a team with the least goals conceded and the second most goals scored, they should be winning these games. The issue is apparent when you look at their stats. They are not winning the possession battle despite a formation with five midfielders. And they are not putting their shots on goal. 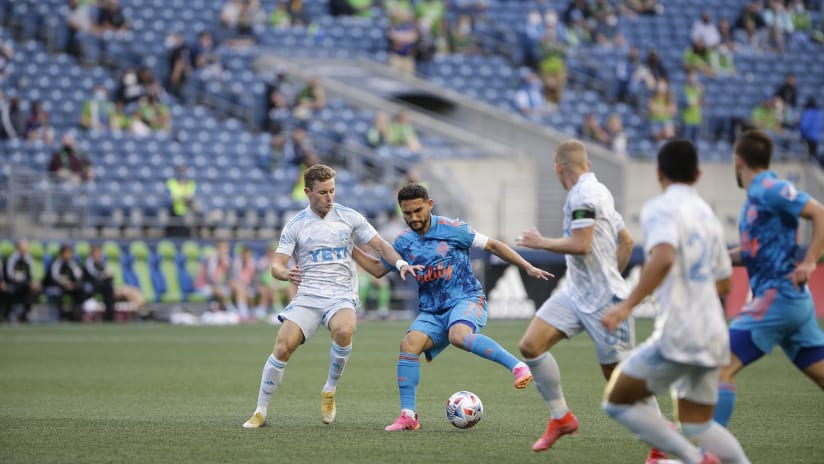 Austin FC will host the Seattle Sounders on Thursday, July 22 at 9:30 pm EST in a Western Conference battle that is considered a well lopsided.

Austin FC have not seen the field in an MLS competition in two weeks, so while there could be a lot of excitement over this one, there could also be a lot of lethargy. Hopefully, a matchup against the Sounders will have them bouncing, but they need to come out red hot. If they respect the Sounders too much and play off their back foot to start, they will get walked over.

Austin needs to lock down Raul Ruidiaz defensively. The Sounders are dealing with a lot of injuries and absences—which makes their success all the more impressive—but it also means that their attack relies on Ruidiaz. He is the lone striker up top and works well to make runs in behind as well as come back for the ball to distribute it himself. Austin can do themselves one huge favor if they stay tight on Ruidiaz and do not let him move anywhere without an Austin FC shirt next to him.

Despite Seattle’s form and them playing on the road, they are the stronger side. Austin has scored 10 goals this season, and Seattle has scored 23. Austin has given up 14 goals, and Seattle has given up 9. There should be no way Austin comes out of this with a win if Seattle does their job. But, if they don’t put their shots on target, Austin could definitely draw this.

Jack Cohen
Jack Cohen is an avid sports watcher and writer. After a collegiate career playing Soccer, he remains closely intertwined with the sport, following all major domestic leagues and international competitions. He is a New York sports fan through and through, sporting the uncommon combo of NYCFC, Nets, Jets, and the Yankees. He is forever grateful to the Jets for teaching him how to have unconditional optimism in the face of consistent disappointment.
You might also like
Austin FCBetting PickMLS PicksSeattle SoundersSoccer
MORE
Read More
13