New York City FC will play host to CF Montreal on Wednesday, July 21 at 7:30 pm in Red Bull Arena in Harrison, NJ. Although not their true home stadium, Red Bull Arena is in close enough proximity that NYCFC will be able to capitalize on home-field advantage in this one. This game will be a rematch of the MLS game on July 7 where these two soccer teams faced off in Orlando, FL, to the tune of a 2-1 win in favor of Montreal.

Montreal faced the exact same squad that NYCFC has put out with Sean Johnson and James Sands absent due to Gold Cup commitments, and it is the same squad that has shown to be very weak defensively, mainly due to Johnson’s backup Luis Barraza. This NYCFC team has suffered two straight 2-1 losses on the road, with both go ahead goals being partially due to goalkeeping errors. Montreal, on the other hand, are on a 6-game unbeaten streak. Will NYCFC be able to turn it around and stop the stampeding Montreal? Or will the New Yorkers just be another set of footprints in the dust?

It is tough when you are missing your starting goalkeeper and central defender. Those are never easy replacements to make, especially when those two players are of the caliber that James Sands and Sean Johnson are. With that said, NYCFC need to play around their strengths. They can defend well on the wings, and they need to avoid giving up good opportunities. Barraza gave up a set piece goal that he got his hands to and then came too far off his line. Barraza most certainly needs to be better, but NYCFC just need to crack down even further defensively and avoid giving up shots. Easier said than done, but maybe a higher line will allow them to stop Montreal from even getting near their box. 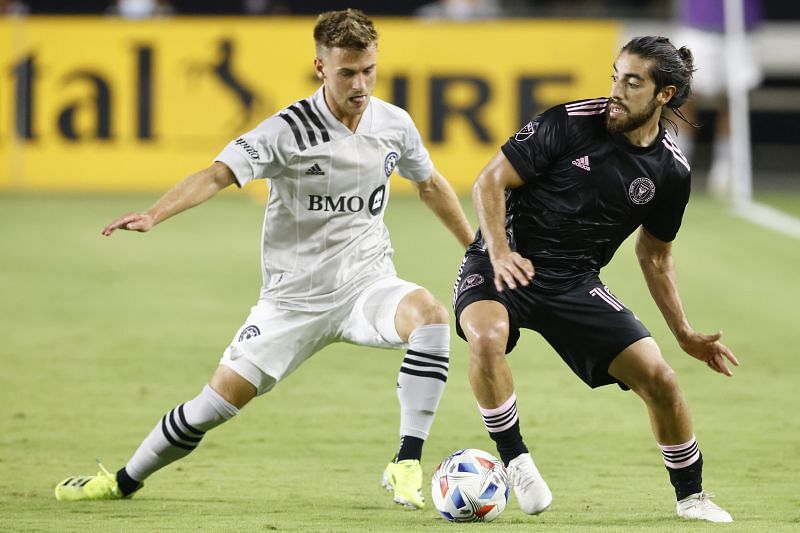 Offensively, Castellanos is back in his normal ways. NYCFC has had a lot of faith in him over the past few seasons despite his ineffectiveness up front. He started this season off as a new man but capped off at four goals and a few really impressive performances. Now, he can’t find the back of the net, and Jesus Medina has had to carry the brunt of the goal-scoring load. NYCFC need to sort out their attack.

CF Montreal knows exactly what they need to do against NYCFC, and they are set up for success. It’s going to come on the offensive side here. Montreal needs to take advantage of this weaker NYCFC defense. They put 10 of their 17 shots on target last game against Cincinnati FC and scored five of them. Those are great numbers to put up, and if they can create and convert the same percentage of chances. Montreal should have the scouting report. They should know that they need to shoot, shoot, and shoot.

These two teams faced off recently enough that their squads will not have changed tremendously, and players will be in similar forms. It was a close one, but Montreal has only improved in their collective form, and NYCFC have only gotten worse. NYCFC might be able to get it done at home, and they definitely put up a good fight the first time around, but I can’t imagine the second matchup will be much different.

Jack Cohen
Jack Cohen is an avid sports watcher and writer. After a collegiate career playing Soccer, he remains closely intertwined with the sport, following all major domestic leagues and international competitions. He is a New York sports fan through and through, sporting the uncommon combo of NYCFC, Nets, Jets, and the Yankees. He is forever grateful to the Jets for teaching him how to have unconditional optimism in the face of consistent disappointment.
You might also like
Betting PickMLS PicksNew York City FCNYCFCSoccer
MORE
Read More
9