FC Dallas will host Austin FC in Toyota Stadium on Saturday, August 7, at 8:30 pm EST. The two Western Conference rivals have been trying to turn their seasons around as of late and find their ways into playoff contention in the MLS.

Only two points separate these teams. FC Dallas is in 9th with 18 points, and Austin FC is in 11th with 16.

Dallas is hot off of their last three impressive results with Ricardo Pepi at the helm. 4-0 against the Galaxy, 2-1 against Sporting KC, and a 1-1 draw with Seattle are promising.

Austin FC, on the other hand, just broke a three-game losing streak with a 3-2 win against the other Texas rival, the Houston Dynamo. It’s a big game for both of these teams to gain some momentum into the final stretch of the season.

It’s hard to take the last game Austin played as a representation of their new form. They scored a nice goal early on to break their scoring dry spell, but then Houston got a red card in the 20th minute, and the game was history, although it did end up 3-2. What we did see in the Houston game that has been a problem for Austin all season is that their defense is not composed and generally weak.

Against an FC Dallas that attacks pretty well, Austin is going to have to make sure that they find a way to handle Ricardo Pepi and co. Man mark or something, but Matt Besler has his hands trying to make sure Austin doesn’t give up many shots. 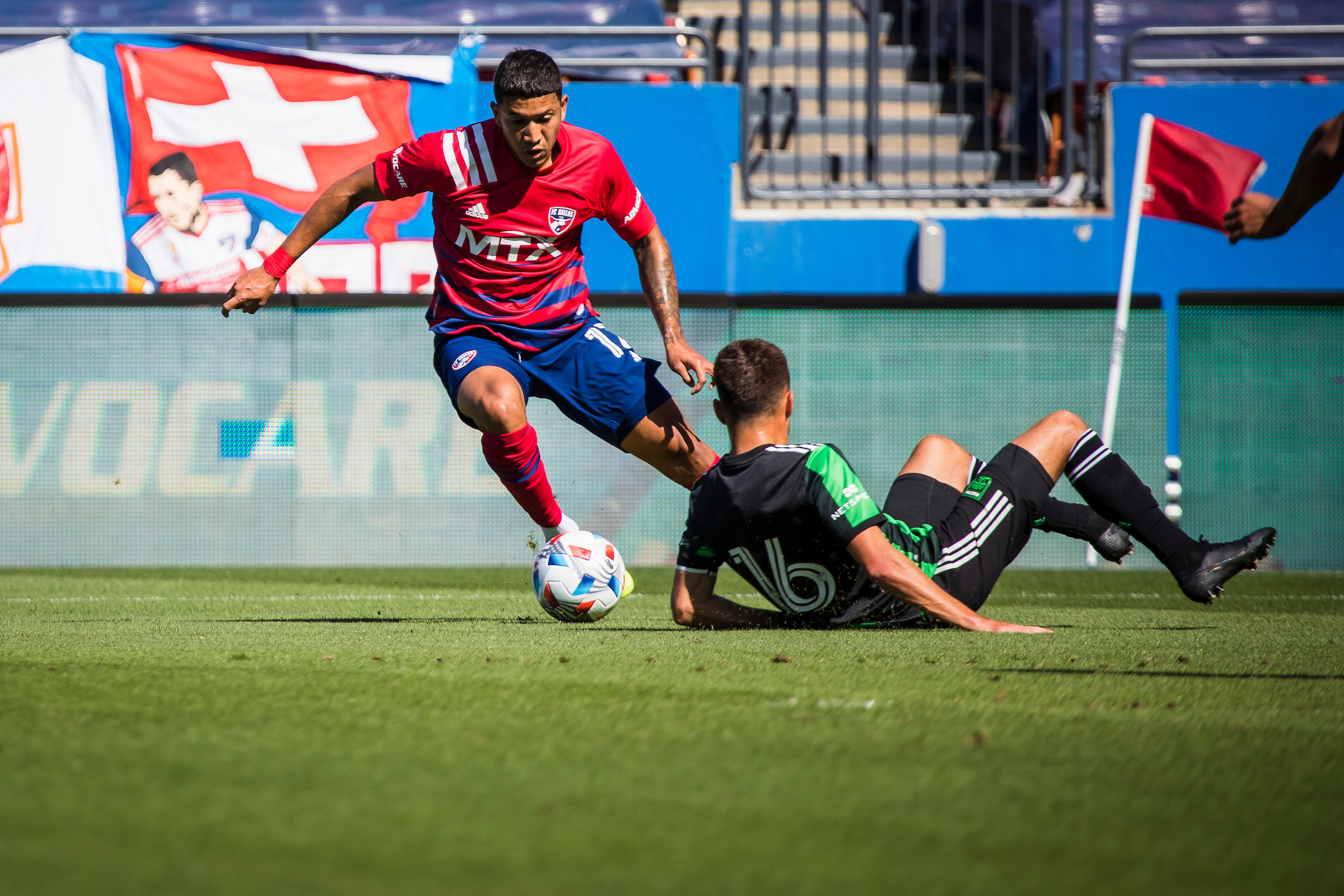 FC Dallas will host Austin FC in Toyota Stadium on Saturday. The two Western Conference rivals have been trying to find their ways into playoff contention in the MLS.

For FC Dallas, there is no fear of the Austin attack. Despite putting up three goals against the Dynamo, they are not particularly threatening, and the focus should be on getting bodies forward to penetrate an Austin team that will definitely sit deep. Find ways to get in and around the goal and shoot. See what Brad Stuver can do.

Stuver has been in the league a while but has never been able to find consistent play because of inconsistencies. Shoot and follow up for rebounds and goals will come easily for FC Dallas. Ricardo Pepi, Franco Jara, look for those two guys to be the keys to unlocking this game offensively for Dallas.

This is a game between two bottom-table teams, so their squads aren’t the strongest. And in games where the teams aren’t the best, and consistency might be an issue, form is the secret. FC Dallas have been in fantastic form, and they have a striker who is feeling himself. Ricardo Pepi scoring at least one is a good chance, but prop bets are risky, so that is not the play here.

The play is a simple FC Dallas win. Moneyline at +120 on FC Dallas. They have been playing phenomenal soccer while Austin has been lackluster at best. A draw or win for Austin FC would be very impressive and is very unexpected. FC Dallas gets the job done at home, and they will do so again here.

Jack Cohen
Jack Cohen is an avid sports watcher and writer. After a collegiate career playing Soccer, he remains closely intertwined with the sport, following all major domestic leagues and international competitions. He is a New York sports fan through and through, sporting the uncommon combo of NYCFC, Nets, Jets, and the Yankees. He is forever grateful to the Jets for teaching him how to have unconditional optimism in the face of consistent disappointment.
You might also like
Austin FCBetting PickFC DallasMLS PicksSoccer
MORE
Read More
9 Are the 49ers the NFC West Favorites?
Next