The Los Angeles Rams are one of the premier teams in the NFC but are second in the NFC West. In order to take over, not only do they need the Cardinals to lose but for themselves to keep winning. The good news for them is they’re facing a team that hasn’t won a game since the beginning of the season.

The Houston Texans, along with the New York Jets, are one of the worst teams in the NFL. This isn’t much fault of their own though, they just don’t have a lot of talent. What they do have is a confused organization that hasn’t made good moves. Facing the Rams, the Houston Texans have to find a way to keep this one from getting too ugly.

The Rams come into this game as 14.5-point favorites and we still think they’ll cover it easily. They have an offense that on average scores nearly 30 points per game. Along with that, they’re facing a team that can barely average 13.8 points per game.

The Texans defense is ranked 27th in the NFL allowing 29 points per game. Against Matthew Stafford and the Rams weapons, the Texans defense doesn’t stand much of a chance. Look for the Rams to run up the score here and cover the 14.5-point spread. 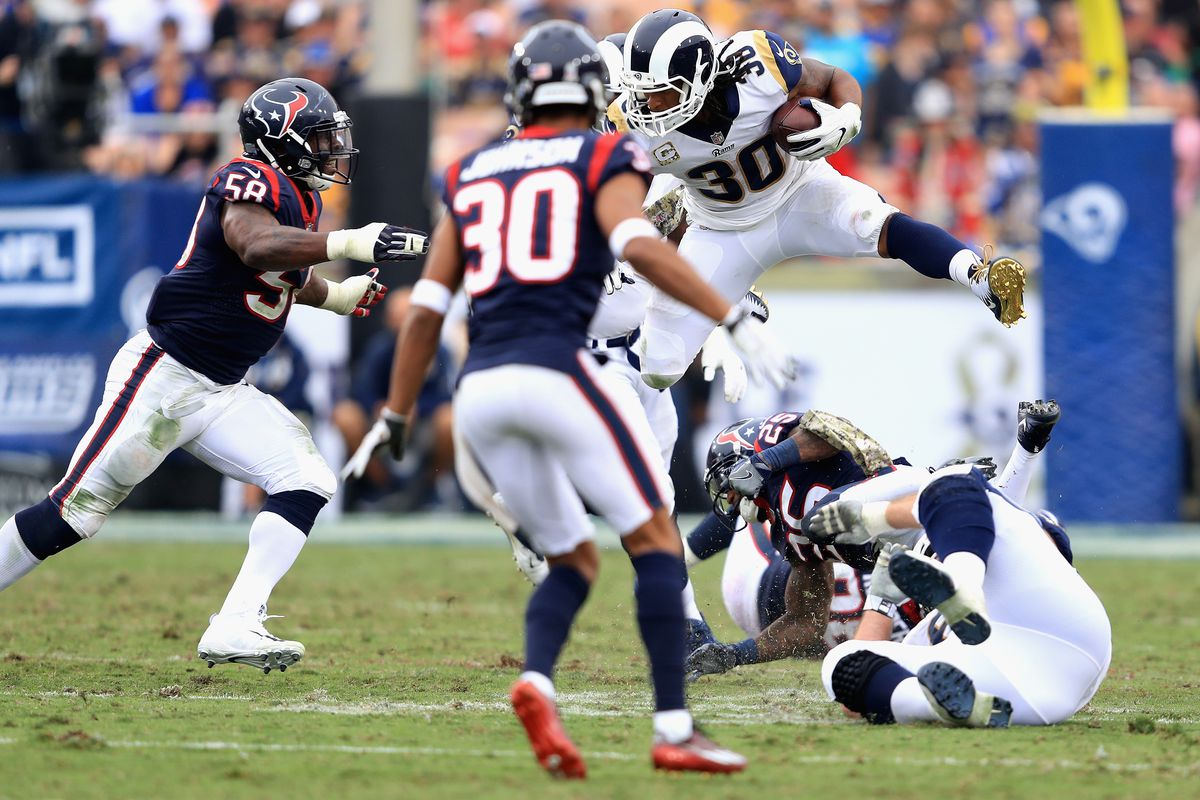 Frankly, taking the Moneyline for either team doesn’t make much fiscal sense. As we mentioned above, the Texans chances of winning this game are slim to none. If you took them you’d essentially be throwing money away.

It isn’t wise to take the Rams -1000 Moneyline either as it would take a $1,000 wager just to win 100. Neither Moneyline bet makes sense in this one, so steer clear of it and stick with the spread and total.

This one is actually really interesting because you have to take into account how many points the Texans will score. The total is set at 48 and the Rams could easily score 30 points in this one.

That being said, it’s hard to imagine the Texans being able to put up 18 points against the Rams. The Los Angeles defense is an unforgiving one, so it’s likely the Texans leave this game scoring under ten points.