In the seventh week of the NFL season, the Green Bay Packers (5-1) host the Washington Football Team (2-4) at Lambeau Stadium, with kickoff slated for Sunday at 1 pm EST.

The Packers, who currently lead the NFC North with only one loss under their belts, are looking to get an easy win this week. On Sunday, they defeated their division rivals, the Chicago Bears, 24-14.

Washington has a 2-4 record, one that certainly does not make their second-place placement in the NFC East make sense. They are also looking to bounce back with a win in Week 7 after losing 13-31 to the Kansas City Chiefs on Sunday. 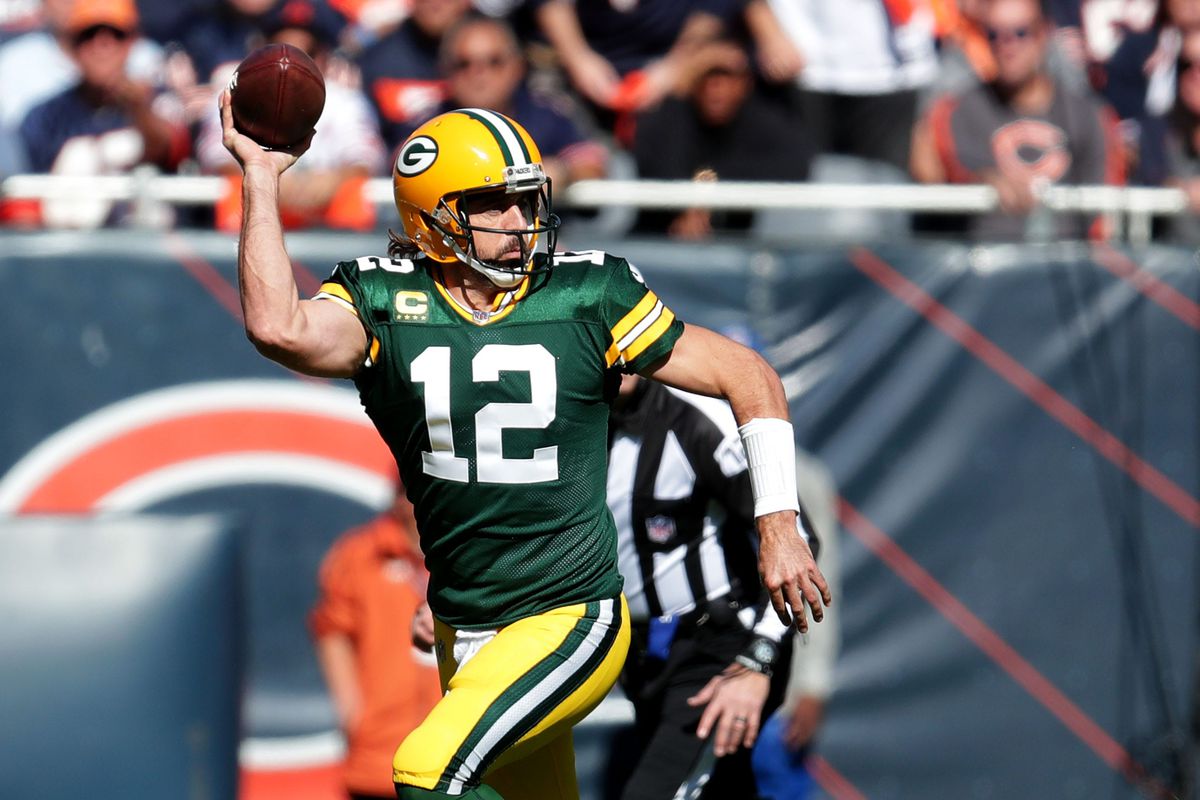 This is going to be an easy win for the Packers. I’m honestly surprised that DraftKings only has the spread at 7.5 points, as I think Aaron Rodgers is going to dominate this Washington defense, a defense that has been failing to keep their opponents from scoring points. I fully expect the Green Bay Packers to cover the spread this week.

I don’t think I’m surprised anybody when I say that I’m taking the Green Bay Packers for this Week 7 matchup. Led by the legendary Aaron Rodgers, the Packers are sitting very comfortably atop the NFC North with only one loss and five straight wins on their record.

Taking Washington’s terrible defense into account, this should be a pretty easy win for Green Bay. Washington’s offense has been struggling in general, but especially with turnovers. They have given the ball away nine times in their first six games.

The performance of Washington’s defense has also been lacking, ranking last in the league in both points allowed per game (31) and passing defense, allowing 309.5 yards through the air per game.

The Packers are in a great position for an easy home win this week. Aaron Rodgers is at the top of his game, the team’s confidence is at an all-time high, and it looks like they might be huge Super Bowl contenders.

There really isn’t much to say about this Packers team that hasn’t been said already. After losing their opening season game to the New Orleans Saints, they’ve won five consecutive games and are currently undisputed for the first-place spot in the NFC North.

To put it gently, Aaron Rodgers is going to destroy this Washington Team. I expect the Packers to both win and cover the spread in this Week 7 matchup.

I know a lot of people are betting the over for this game, but I’m still not convinced that the Washington Football Team will be able to keep this game semi-competitive by scoring a decent amount of points. I would bet the under.

Allyson Park
Allyson Park is a sports writer and media content creator at Knup Solutions. She covers a variety of sports, including football, soccer, basketball, and baseball. She is currently a student at Virginia Tech majoring in multimedia journalism and minoring in creative writing. Her favorite sports to watch are NFL football and women's soccer. After graduating, she hopes to enter the sports journalism industry and provide a unique angle and perspective on sports as a woman of color.
You might also like
nflpackersPredictionWashingtonFree PicksNFL
MORE
Read More
8 When it comes to Betting on Sunday, Don’t Sleep on the Bengals
Previous