1. Chicago Bears at Detroit Lions +2.5. The Lions get their first win and Matt Nagy exits stage right. Andy Dalton getting the start for the Bears won’t be the problem, but the locker room seems to have turned. Bet amount: ½ unit.

2. Las Vegas Raiders at Dallas Cowboys -7.5. The last time Dallas came out looking like a corpse they rebounded and beat Atlanta by 40. The Raiders took it on the chin against the Bengals a week ago, and Dak at home with an attention to the run game, the Cowboys will get back on track. Bet amount: 2 units.

3. Philadelphia Eagles -2.5 at New York Giants. The Eagles are starting to find some rhythm and the Giants look lost. Jalen Hurts and crew are close to sniffing a wild card spot and will keep the momentum going in The Meadowlands. Bet amount: 1 unit.

4. New York Jets at Houston Texans -2.5. Houston has Tyrod Taylor back and they played with pride against Tennessee last week. The Jets come to town and Zach Wilson is poised to return, but the Jets are still struggling. Bet amount: ½ unit.

5. Los Angeles Rams -1 at Green Bay Packers. It seems like the Rams are a sleeping giant like the Chiefs before the last two weeks. Aaron Rodgers is dealing with a toe injury and Aaron Donald seems poised to give him all he can handle. Bet amount: 1 unit.

6. Buffalo Bills -6.5 at New Orleans Saints. The Saints are shorthanded on a short week and the Bills are going to be upset after the Colts embarrassed them a week ago. Josh Allen and the Bills get right while most of America is in a food coma. Bet amount: 2 units. 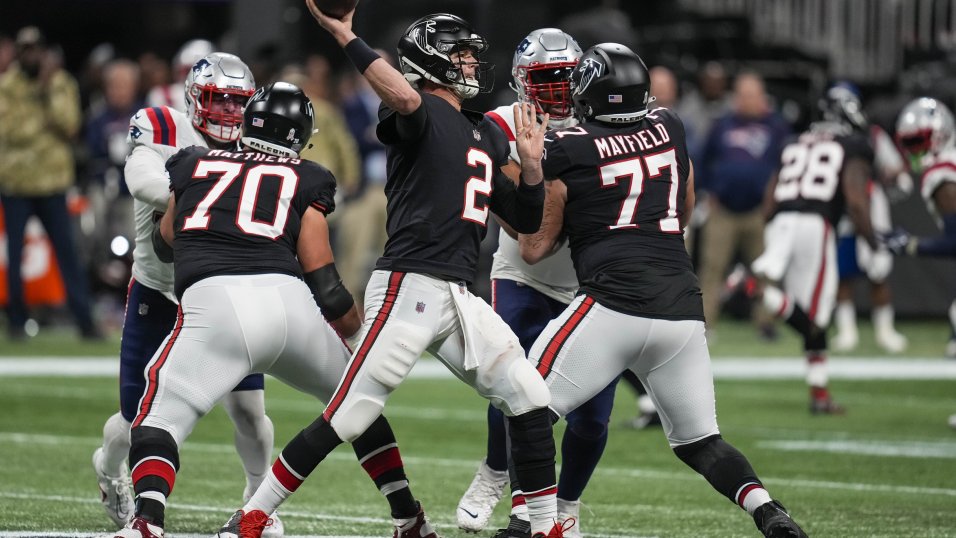 1. Pittsburgh Steelers at Cincinnati Bengals -4.5. This one sets up well for the Bengals, but they still need to show some consistency before I’m a full believer.

2. Cleveland Browns at Baltimore Ravens -4.5. Lamar Jackson should be back this week for Baltimore after missing the game against Chicago with an illness. The Ravens still found a way to come out of that game with a win, so this should favor them at home.

3. Carolina Panthers -2 at Miami Dolphins. Cam vs Tua on Iron Bowl weekend. Carolina looked good with Cam starting and a healthy Christian McCaffrey in the backfield. Can Tua build on back-to-back wins now that he’s managed to stay healthy through a full game?

4. Tennessee Titans +6.5 at New England Patriots. The battle for the AFC one seed. The Patriots have come out of nowhere to be a real threat in the AFC, and the Titans have dropped games against the Jets and Texans. Given that this is a quality opponent we should assume Tennessee wins this one as they seem to do.

5. Tampa Bay Buccaneers -3 at Indianapolis Colts. The Colts may be one of the NFL’s hottest teams led by Jonathan Taylor toting the rock. Tom Brady got some swagger back on Monday Night Football against the Giants. This shapes up to be one of the better games of the weekend.

6. Washington Football Team +1.5 at Seattle Seahawks. Russ is back, but it hasn’t seemed to help the Seahawks. To be fair their games have been against the top of the NFC, but the 3-7 Seahawks aren’t satisfied with their season thus far. They get a chance to play against the beat-up Football Team to find a win. Sports Betting Compact Between Seminole Tribe and Florida Gets Thrown Out By ...
Next