The Battle in the Big Apple makes its NFL pre-season appearance once again after a year hiatus. The New York Jets came out on top in the previous matchup, winning 34-27. Can Gang Green get it done in Zach Wilson’s NFL debut, or will Daniel Jones and the New York Giants take his game to the next level and show all of us why he was taken so early?

The New York Giants had another disappointing season in 2020 and did not like what they saw out of Daniel Jones and the offensive production. But to be fair, Saquon Barkley was injured in week 2 with a torn ACL, and a lot of their offense is through him. Daniel Jones needs to take more steps going in the upwards direction this season, so I expect him to be playing a lot during the pre-season to keep his job safe.

The Giants acquired some big pieces in the offseason to give Jones more options to throw to. The biggest name has to be breakout WR Kenny Golladay from the Lions. Although he is listed as questionable to play in the pre-season, he will be the definitive WR1 for the Giants, something they have struggled to find since trading away Odell Beckham Jr. to the Browns.

They also picked the most electrifying RAC receiver out of college football, Kadarious Toney. If he can reach his true potential, this guy can be a problem for opposing defenses. He has incredible speed and change of direction that makes him nearly unstoppable in the open field.

The defense will also look to make big strides this year, as they are bringing back a ton of players from last season and those who made names for themselves as well. James Bradberry, Adoree Jackson, Logan Ryan, Jabrill Peppers, and Leonard Williams are all big-name players for the Giants who will lead this defense throughout the season. Most eyes will be on rookie Azeez Ojulari, the edge rusher out of Georgia. 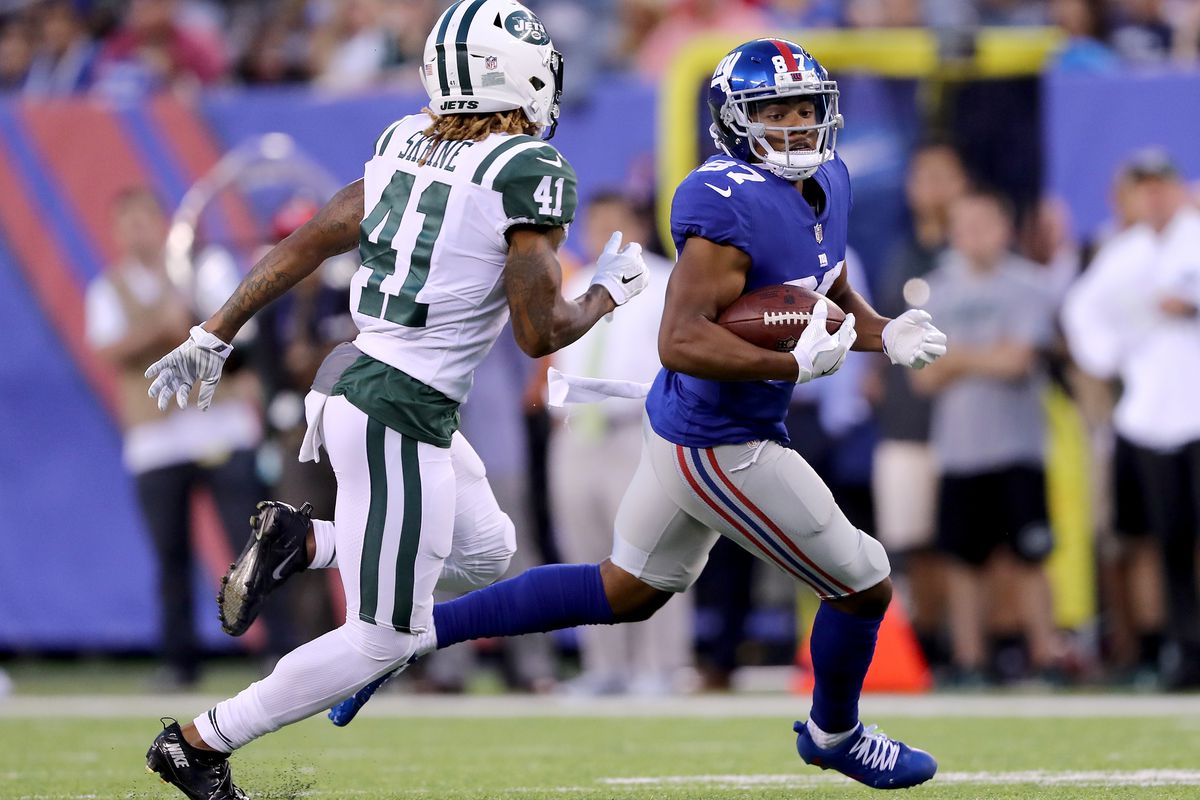 The Battle in the Big Apple makes its pre-season appearance once again after a year hiatus, as the Jets take on the Giants.

Here we go, Jets fans. This is our time. After finally firing Adam Gase, the New York Jets hired coach Robert Saleh from the San Francisco 49ers. Hopefully, he can be the guy to bring us back to the playoffs and end the drought.

All eyes will be on the second overall pick Zach Wilson. Is he truly the guy to save the organization? We saw that Sam Darnold unfortunately did not work, and that wasn’t his fault entirely. It is obviously pre-season, but we will finally get a glimpse of Wilson against an NFL defense, something that he was criticized for in college.

The new WR core will also be something to watch out for as they added Keelan Cole, Corey Davis, and Elijah Moore to go alongside Denzel Mims and Jamison Crowder. These guys are all playmakers, and if Wilson can get them the ball, they will make plays for us all season long.

The Defense will be something to look at as well, considering that Saleh is a defensive guy and that we had a very young defense last season. They brought in Carl Lawson from the Bengals and Sheldon Rankins from the Saints, and I don’t want to get ahead of myself, but this defense is starting to look like that early 2010’s defense, which was exceptional.

The Jets will be a playoff team again, maybe not this season, but soon, very soon.

The Jets are opening as -120 favorites against the Giants, who are +100 underdogs. The O/U is at 35 with even odds at -110. I would personally take the Jets in every game because I’m a fan, but realistically the Jets will be playing more starters tonight than the Giants, and these guys are going to be playing for their spot. I expect them to come out guns a blazing and put some points up early.

Akshay Kumbar
Akshay is a rising senior at the University of Miami. He is studying Marketing with a minor in Sports Administration. He is joining Knup Solutions with hopes of being able to contribute to the team at a high level, with his high attention to detail and perfectionist personality. Has done recreational freelance work for online gaming and sports previously, and is excited to use his skills in the real world.
You might also like
Betting Picknew york giantsnew york jetsNFL PicksNFL Pre-seasonNFL
MORE
Read More
44