The 2021 NFL draft class has the potential to really stand out in comparison to other years. Not only is it filled with talented quarterbacks, but running backs, linemen, and versatile defenders all pop out on film as well. Below are the top 3 ROY candidates based on the best odds according to DraftKings.

Long before the NFL draft, former Clemson QB Trevor Lawrence was the prohibited favorite to be the number one overall pick. Just as expected, the Jacksonville Jaguars selected him to be the new face of the franchise.

The talented QB will try to change the culture in Duval County with newly instated head coach Urban Meyer. Just like Lawrence, Meyer will have the challenge of transitioning from college to the NFL.

Even though Lawrence and Meyer have had great success at the collegiate level, the NFL is an entirely different animal. I suspect the team will slightly improve their overall record from last year, but overall I see it difficult for them to make noise in the AFC.

Therefore, the team’s lack of overall success in my mind will hinder Lawrence’s odds of him winning the award.

With the 24th pick in the 2021 NFL Draft, the Pittsburgh Steelers selected former Crimson Tide running back Najee Harris out of The University of Alabama. Harris clearly proved that he was the best running back prospect of the class with his stellar play.

In his senior year at Alabama, Harris ran for over 1,4000 yards while averaging 5.8 yards per carry. He has great quickness for a back and has the ability to shake off seemingly bigger defenders. 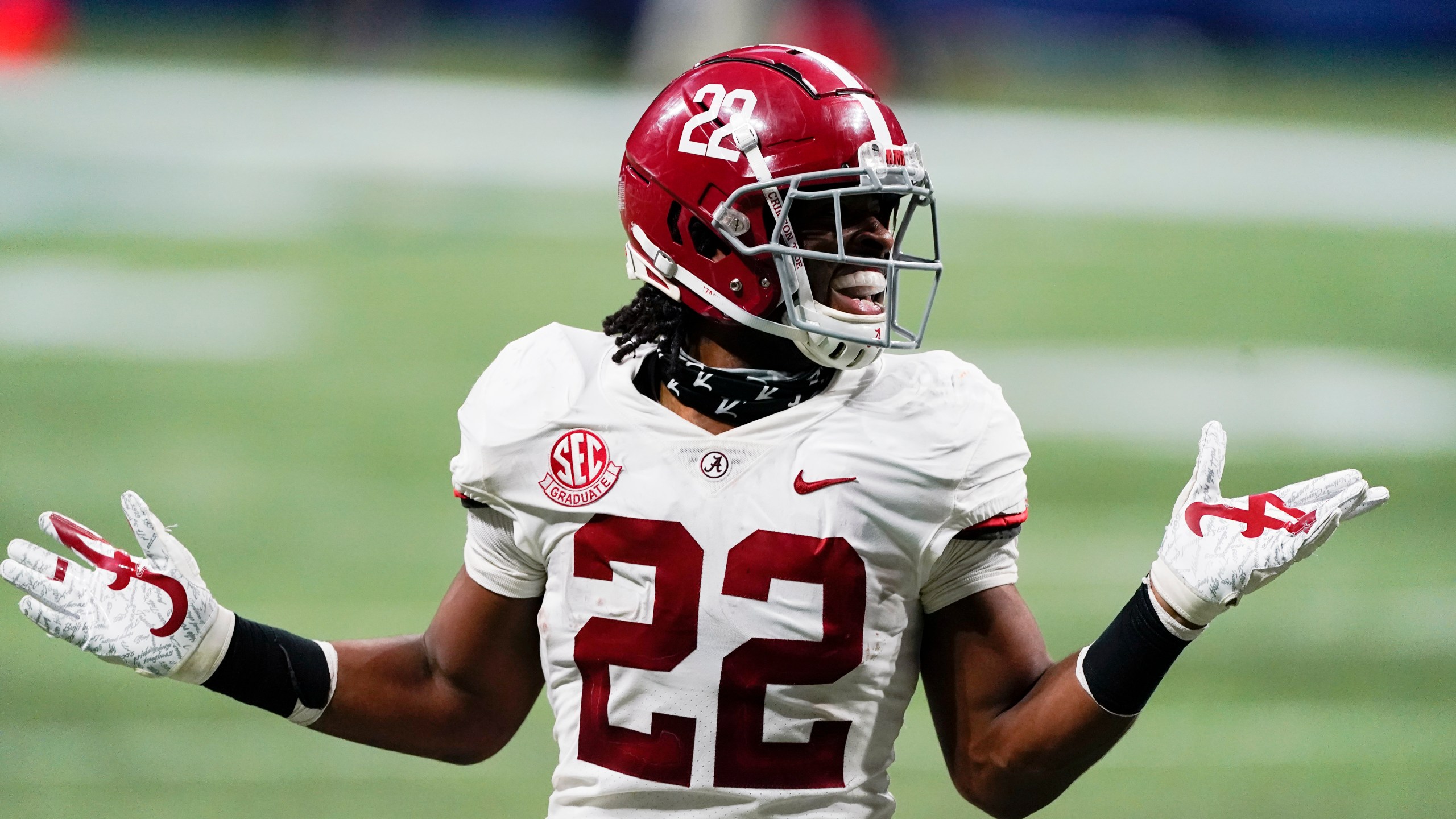 With the 24th pick in the 2021 NFL Draft, the Pittsburgh Steelers selected former Crimson Tide running back Najee Harris out of The University of Alabama.

Last season, the Steelers started the season with an impressive 11-0 record before stumbling into the postseason and losing to the Cleveland Browns. Despite the stellar defensive play last season to go along with their efficient offense, the Steelers did struggle to run the ball effectively, which is why the selection of Harris will fill an immediate need for them.

Heading into a place like Pittsburgh, I see him having immediate success with coach Mike Tomlin. Just like Nick Saban, Tomlin has a no-nonsense type of mentality who prefers to be a run-first team.

Harris definitely has the toughness it takes to set the tone of the game, and the lack of superior talent behind him in the backfield will translate to the right amount of volume he needs. He is my pick to win the award this year.

Trey Lance is the biggest unknown of the entire NFL draft. In fact, it is hard to think of another player who had this much boom/bust potential considering he only started 19 games at North Dakota State.

The San Francisco 49ers are banking on his abilities as they were willing to trade multiple future first-round picks to get him.

When Lance ultimately does get his opportunity, I see Shanahan completely opening up the playbook and unleashing his abilities. He is a great offensive mind who comes up with clever plays/schemes to get his guys open.

Garoppolo has proven to be inconsistent not only with his play but his ability to stay healthy. I see Lance’s opportunity coming sooner rather than later.

The biggest questions in my mind are how many starts he will eventually get considering Jimmy G is likely going to start the season.

Without at least 10 starts on his belt, I do not see Lance having enough volume to win the award, especially in comparison to rookies that will be Week 1 starters. If he does get enough starts, however, I see him making a big impact on the team.

Ryan Ghodsian
Hello, my name is Ryan Ghodsian and I am a senior at the University of Miami from Los Angeles, California. I am a strongly motivated person who encourages others to be the best versions of themselves. It is extremely rewarding to collaborate with others and see the progress you are able to reach together. I enjoy the process of writing and am very open to constructive criticism in order to improve myself.
You might also like
DraftKingsNFL Picks
MORE
Read More
5