Chargers vs Seahawks Preview and Pick This will be an intriguing Chargers vs Seahawks match-up, as both teams lost last week.

The Los Angeles Chargers lost a close one, and the Seattle Seahawks lost in a blowout. Both offenses did not play well, but both teams rested their quarterbacks. The Chargers’ defense did play well, whereas the Seahawks’ defense played terribly. Seattle also had trouble with turnovers. One thing is for certain, both teams want to play better and for Seattle to get their first NFL preseason game. For starters, don’t expect many because this is the final week of the preseason. Both teams have a lot to show, and will be the last time for many rookies and backups to make the roster.

The Bolts are coming to Seattle after a 15-10 loss against the 49ers. The Los Angeles Chargers offense only scored in the second quarter (which was 10 points). They remained scoreless for the rest of the game. Chase Daniel threw an interception, and Easton Stick threw a touchdown. Stick had a rating of 115 and Josh Palmer.

That was Palmer’s only catch, and it was only for three yards. The running backs for the Chargers had a dismal day, and no backs had over fifteen yards. The Chargers’ offense had a total of 162 yards. The defense, on the other hand, played way better. They gave up 281 yards and had two interceptions and two sacks. The Chargers also had a forced fumble.

The deadly at-home Seattle Seahawks got manhandled by the Broncos. The Seahawks did not score a touchdown, and they scored a field goal in the third quarter. Sean Mannion played mediocre, and Alex McGough had a rough night. McGough threw two interceptions.

Seattle’s running backs were better than the Chargers, but the highest rusher had 30 yards, Josh Jonshon. The receiver core also didn’t do anything worth note. Unlike the Chargers, the Seahawks’ defense did not play well.

They gave up 30 points to the Denver Broncos. The defense did have two sacks in total, and Rasheen Green had a forced fumble. The defense gave up 264 yards, a lot of points came off turnovers. Seattle gave up the ball three times against Denver. 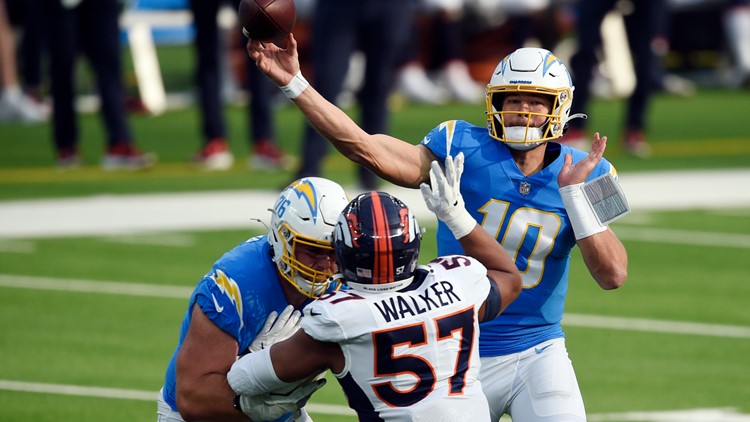 This will be an intriguing Chargers vs Seahawks match-up, as both teams lost last week.

Both of the team’s offenses have not been playing well this preseason. Either team has not had a twenty-point game. The Chargers’ defense has looked really good, only giving up 22 points total in their two games. Seattle’s defense has played much worse.

They have given up 50 points total in their two games. This will be the perfect chance for Seattle’s defense to get some experience with a bad offense. Expect a low-scoring game, and both teams have not shown they can move and score the ball consistently.

Both offenses really are not playing football, but the CHargers have been a little better. For example, Seattle has scored only ten points this preseason, but Los Angeles has scored 22 points. For that reason, The Chargers will win the game 16-7.

Devin Weber
I've played sports since middle school. After high school I stepped away from my two sports, basketball, and football. However this is my chance to get back into sports. I will use this opportunity to further my education in the sport of basketball and football. Besides sports you will most likely catch me studying for college, or enjoying my hobbies. This includes writing, music, books, and sports video game. I hope you find my articles helpful.
You might also like
Betting PickLos Angeles ChargersNFL PicksNFL PreseasonSeattle SeahawksNFL
MORE
Read More
45