In their season opener, the Tampa Bay Buccaneers won an absolute thriller against the Dallas Cowboys 31-29. The game was a back and forth instant classic with Tom Brady driving the field to set up for a game-winning field goal in the closing seconds.

It was a game that guaranteed there will be no Super Bowl hangover for Tampa Bay: Tom Brady and his merry band of Buccaneers are practically a lock for the NFC Championship if not the Super Bowl.

In contrast to the Tampa Bay Buccaneers performance, the Atlanta Falcons lost to the Philadelphia Eagles in a hard-to-watch blowout 6-32. The game proved that the Falcons have a long way to go in this rebuild and are solidly out of the contender discussion. 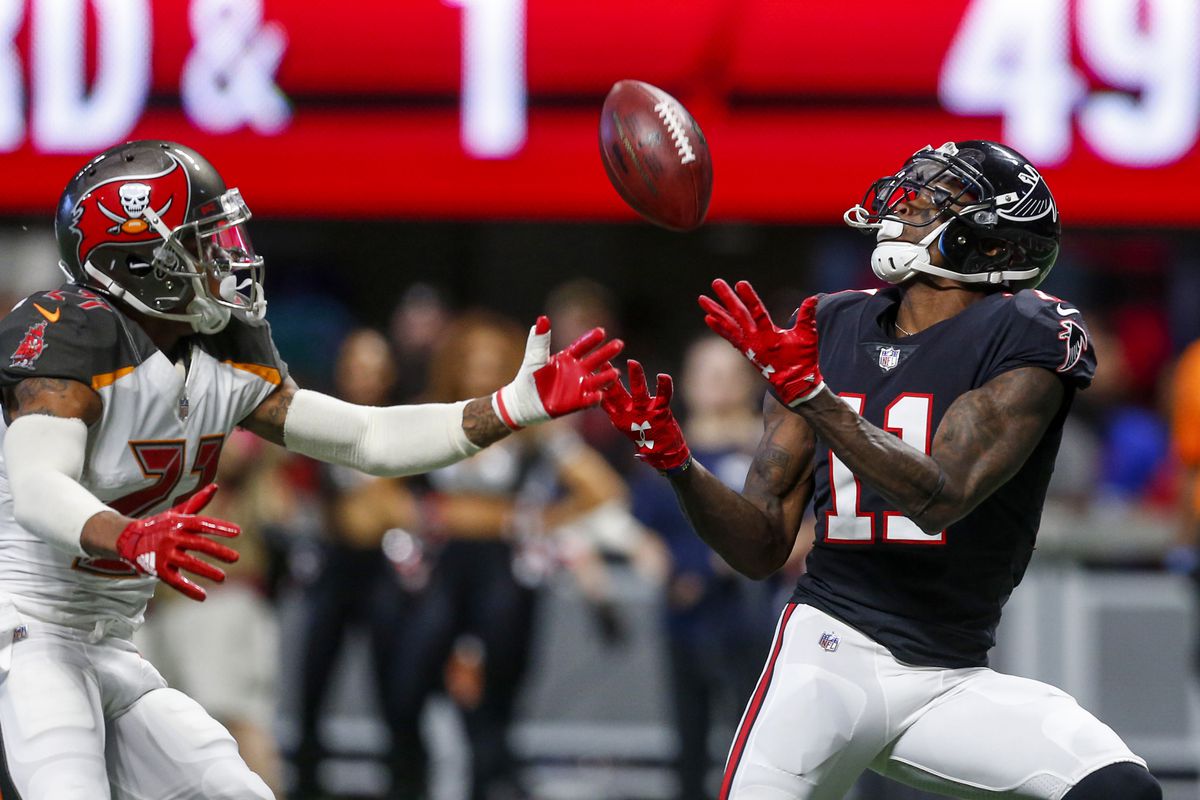 Since the schedule was released I had Tampa Bay winning this matchup versus Atlanta.

From an offensive perspective, Atlanta has one thing going for it: the passing game. Dak Prescott was able to put up over 400 yards on Tampa Bay and I think something like that could happen again here.

Matt Ryan is a good quarterback, maybe not as good as he once was, but he still had a very quiet 4.5k yard and 26 touchdown season. He has weapons in WR Calvin Ridley, TE Kyle Pitts, and TE Hayden Hurst. That crew is not nearly the same caliber as the Dallas offense, but I think they can still exploit the Tampa Bay secondary.

My only worry about the Falcons passing attack is the Tampa Bay front seven. That front seven is arguably one of the best in football and will apply more pressure than the Eagles did in week one. It will also stifle the Falcons run game, making them somewhat more one-dimensional.

On the flip side, Tampa Bay will be simply overwhelming offensively. Atlanta had a simply atrocious passing defense last season, allowing a league-high 4,697 passing yards. The Eagles showed that that likely will not change any time soon.

I think Tampa is going to attack primarily through the air, scoring fast and scoring often. I think that Atlanta, while potentially having a good offensive outing simply will not be able to keep up to the Buccaneers.

Last season Tampa Bay had a great offense: they ranked second in both passing yards and passing touchdowns and were incredibly efficient in the RedZone, scoring touchdowns 68.9% of the time. That offensive ability has without question translate over to this season, even if their game against Dallas didn’t totally show it.

One important factor in the Tampa Bay Dallas game that I feel is being overlooked is the turnover margin, specifically the fact that Tampa Bay had four turnovers: two interceptions and two fumbles.

To be fair to Tom Brady, one of those interceptions was a late second-quarter heave so it really shouldn’t count, but that is still three turnovers when Dallas only gave up one.

Two of the Tampa Bay turnovers occurred well into Tampa Bay territory so it is hard to say if they would have turned into scoring drives.

For the sake of the argument, I am going to say that one was punted and one went for a field goal. The aforementioned deep throw doesn’t net them points. However, the Chris Godwin fumble occurred in the RedZone on a drive that had the potential to end the game with a touchdown.

I think it is fair to say that Tampa while scoring 31 points, left at least 10 more on the table for a total of 41.

While Atlanta didn’t show it in their game against the Eagles, coming into 2021 the expectation was for the Falcons offense to be a really good offense.

Mike Davis was a solid running back for Carolina in the previous season, Matt Ryan played quite well last year, Calvin Ridley had 1,374 yards last year and Kyle Pitts has been projected to be a generational tight end.

And then the Falcons put up 6 points on the Eagles.

Do not let this scare you away from the Falcon‘s offense being good though. The Falcons rested most of their starters for the duration of the preseason, opting to keep them rested and healthy while not really being worried about rust.

I am fairly confident that the team just had little chemistry and experience playing together rather than a bigger problem schematically because the Tennesee Titans (who also rested their starters during the preseason) encountered a similar problem and got a similar result.

I also think that the Falcons should have a solid outing against Tampa Bay from a passing perspective because we saw the Cowboys attack a weaker and injured Buccaneers secondary.

The Eagles were able to sack Matt Ryan three times in their Week 1 matchup. Tampa Bay has a much better front seven that was able to force Dak Prescott into one sack and hit him seven times. And that was with a defensive line in Dallas that is much better than the one in Atlanta.

As I said above, Calvin Ridley is a great wide receiver who had well over 1k yards last season. His less than 100-yard performance against the Eagles last weekend was not a typical performance, and one I don’t see happening again. I think he should have a solid game against a weaker Tampa Bay secondary.

I think that Tom Brady and Co. are going to have an easy time beating a poor Falcons defense which was specifically atrocious against the pass last year. Tom Brady has Antonio Brown, Mike Evans Chris Godwin, and Rob Gronkowski, any team is going to have trouble guarding against all of those weapons.

Tom Zwiller
Tom Zwiller is currently attending Holy Cross College where he is majoring in business analytics and minoring in Computer Science, Mathematics, and Theology. During high school, Tom played as a DT on his varsity football team and as a forward for his varsity high school hockey team. Tom loves all things sports, specifically the NFL, the NBA, and the NHL, as well as a good game of table tennis. Go Panthers!
You might also like
BuccaneersFalconsNFL PredictionsTom BradyNFL
MORE
Read More
10 Eventus Announces Merger Between SBEA+ and SBWA+
Top US Sportsbooks