*All odds listed are courtesy of PointsBet. (or FanDuel/DraftKings)

Initially, this spread felt generous, but Levi Lewis is leading a talented bunch into DKR. The senior quarterback is battle-tested and experienced, having 25 starts under his belt. This one should be closely contested, but we shouldn’t overlook the potential talent gap between these two schools.

I’ve approached it cautiously throughout the week, but despite uncertainty at the quarterback position, the Texas Longhorns return a strong squad this season. Steve Sarkisian’s debut may not end in a blowout, but a double-digit victory feels very possible. Don’t overthink this one. Take the Longhorns spread at home this weekend. 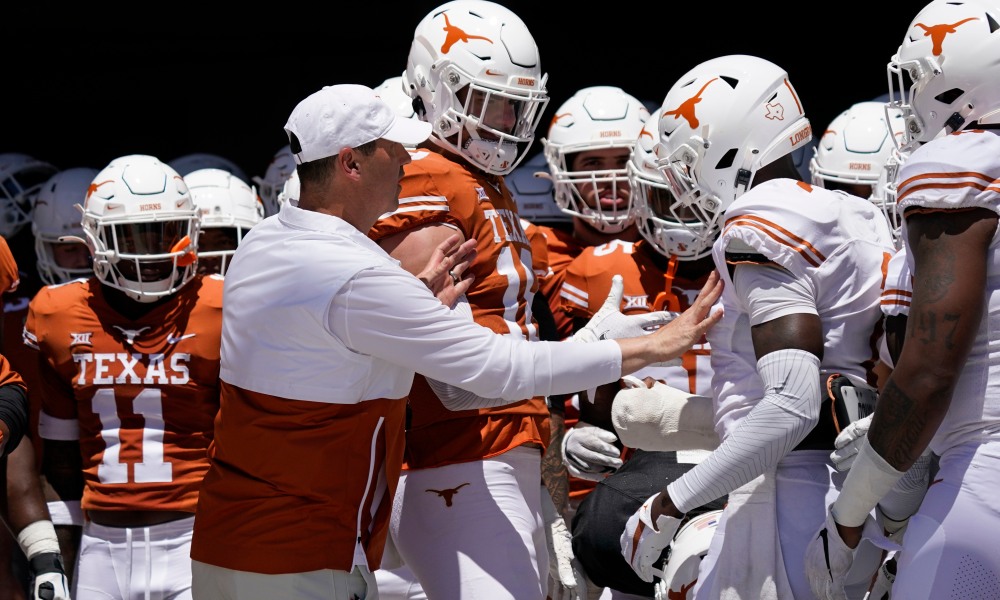 Ragin Cajuns vs Longhorns prediction: both teams will combine to hit the over late in the fourth.

UL Lafayette’s moneyline does look very appealing. It’s early in the season, and the Louisiana-Lafayette Ragin’ Cajuns could very well have the best player on the field for half of the college football game. They defeated Iowa State in their season opener last year, but you should temper expectations heading into this one.

Texas should take care of things at home here. It could be worse, but there isn’t much value with their moneyline. Quarter and half moneylines for both teams look appealing, so we’ll sway with the home team taking the lead into the locker room. Utilize Texas first half moneyline this weekend.

Despite the Longhorns entering with questions at quarterback, they return the key element to any team’s success: a strong run game. Bijan Robinson and Roschon Johnson combined for over 1,000 this year, and they should be even more of a focal point this season dealing with a first-year starter.

Levi Lewis threw for 2,128 yards and added 310 on the ground himself last season, and he’s going to lead this offense to some points. Defense will be played on both sides, but the Longhorns should do enough of the heavy lifting to cover the over on Saturday.

Corey Ghee
Avid sports writer and bettor. VCU Alum. Dodgers Fan. Cameron Crazy. Longhorn Football. James Harden Advocate. 4x Fantasy Football Champion. I love the game of basketball but I serve a diverse perspective of sports, from court to field to pitch to diamond to ice to clay. There’s always a decision, and a profit to be made. I’m here to help and learn along the way. Spreads, lines, totals, let’s win together.
You might also like
Betting PickCollege football picksTexas LonghornsNCAAF
MORE
Read More
45

Sooners vs Green Wave Prediction & CFB Odds for Week 1
Next