Virginia squares off against Miami in a Week 5 ACC matchup, that features high-powered offenses and struggling defenses. Both teams are coming into the game at 2-2 and are looking for their first win in the ACC.

Virginia is coming off of back-to-back losses to North Carolina and Wake Forest that saw the Cavalier defense give up a total of 96 points. Miami came into the season ranked at number 14, but has struggled to look the part early on. They’re seeking their first signature win of the season after losing to both Alabama and Michigan St. 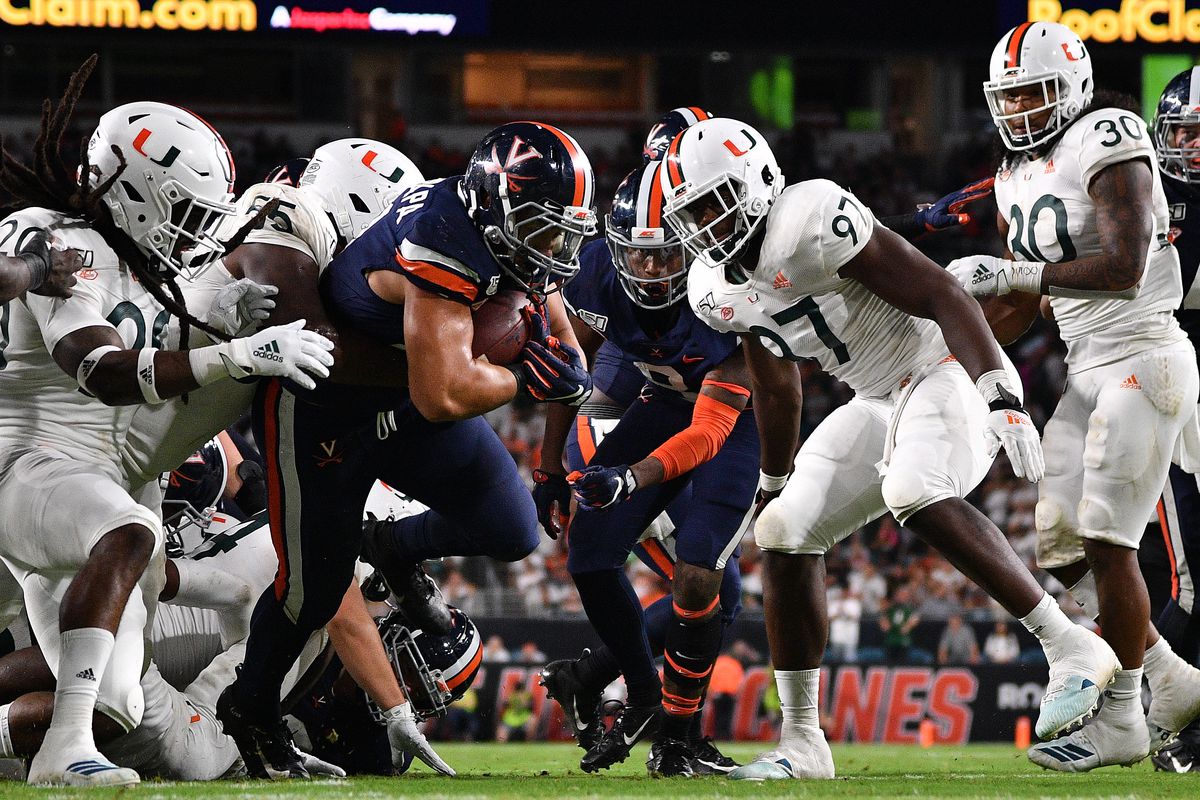 The spread for this game is 3.5 points favoring Miami to beat Virginia. Miami is coming off of a huge 69-0 win over Central Connecticut so take that win with a grain of salt. Miami starting quarterback, D’Eriq King, didn’t play in the game as he’s recovering from a shoulder injury and his status is unknown for Thursday’s game.

Virginia has showcased their ability to throw the ball, but they’re going to need their defense to show up against Miami to pull this one out. Brennan Armstrong has thrown for over 400 yards in each of Virginia’s last three games, two of those efforts coming in losses.

The outcome of this game largely relies on whether or not D’Eriq King will be able to play or not. Virginia’s defense has been flat-out terrible this year, but it could be a different story going up against a combination of backup quarterbacks Jake Garcia and Tyler Van Dyke. They looked good against Central Connecticut, but the ACC is a whole different level of football.

Virginia is due to get back into the win column. They have one of the best offenses in college football and their defense is due for a decent game. If King is unable to play for Miami or if he isn’t at 100%, that could be the ticket to winning for Virginia.

Free Prediction: Virginia for the win

Expect this game to be a high-scoring one. Virginia has one of the best offenses in football, and Miami is coming off of a 69 point performance. Combine that with the fact that both defenses have been lacking against good teams, and it’s a recipe for fireworks.

Having D’Eriq King healthy for this one would be huge for the Canes, but even without him, the offense will put up some points.

Brennan Armstrong has thrown for over 400 yards in each of his last 3 games and looks for him to make it 4 straight on Thursday. Eventus International Going Back to Their Roots
Next