It wouldn’t be college football if we didn’t talk about the SEC. This powerhouse conference produces elite NFL talent year after year and has been absolutely dominating the CFB since its inception. In fact, 4 out of the 7 National Champions from the Playoff Era have been from the SEC.

The SEC is very top-heavy, but new recruits always bring a sort of excitement around the conference, so we never really know who will be playing in Atlanta for the Conference Championship. But there are a few good indicators…

Arkansas had opened some eyes last season, winning 3 games against both Mississippi teams and Tennessee. They are not the best of teams and did not have that great of a recruiting class heading into 2021, so I would not expect them to double their win total from last year.

Ole Miss showed some promise last season with QB Matt Coral having a stellar season. Look for Lane Kiffin, an offensive guru, to find more ways to get Coral to throw the ball all across the field. They have incredible threats and are able to make defenses pay with speed. With a convincing bowl game win against Indiana, they have a ton of momentum going into this season as West dark horses.

Mississippi State opened with an absolutely stunning win against LSU, where the infamous air raid offense showed its potential. They weren’t able to get a groove going throughout the city, but with a full offseason, there is plenty of time for this offense to learn Mike Leach’s system. They won’t make a ton of strides this season, but they’ll probably get a low-class bowl game.

Jimbo Fisher has done a great job with rebuilding this program, and for the first time in just over a decade, they are finally a contending team. They lost their 4-year starter Kellen Mond in the Draft, but they are still extremely loaded on both sides of the ball. Look to RB Isaiah Spiller to carry the load and have a great season.

Auburn had a miserable 2020 season and looks to rebound from that. Their schedule is not so forgiving, and they will struggle to find some wins throughout the season. If Bo Nix performs like he did last season, this team is screwed, and they will have to look for the next season.

After one of the best college football seasons of all time, the Tigers were not so good last season. They struggled to find a solid starter at the QB position, but they should be able to find one. Obviously, they will not be as good as Joe Burrow, but with the depth they have, they’ll be able to perform fine. I’m looking forward to seeing Derek Stingley playing both sides of the ball.

Alabama is Alabama. There is nothing to worry about with this team as they continue to build a stacked roster every year with recruiting. With Bryce Young taking over, he should perform well with a top 10 offensive line and defense to support him, along with elite playmakers on the edge and in the backfield. They’ll most likely win the National Championship again this season. 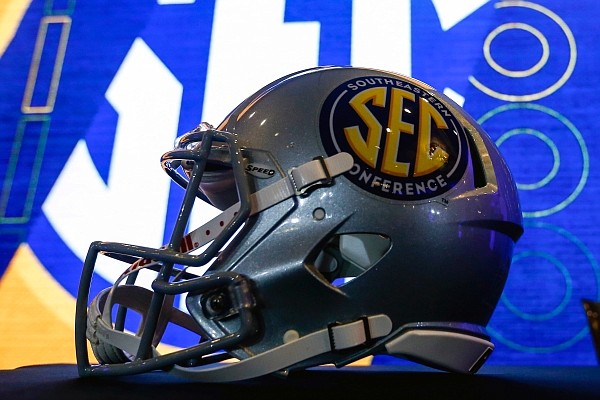 It wouldn’t be college football if we didn’t talk about the SEC.

A great start to the season was derailed by poor play and a shoe toss at the end of the season. With all the big names like Kyle Trask, Kadarious Toney, and Kyle Pitts all gone to the NFL Draft, some fresh faces are going to have to step up. This includes Emory Jones, if he can make the strides that Dan Mullen expects, this team could make some noise, but I don’t think they’ll win the East.

Kentucky is going to be in rebuild mode this season, so I would not expect a great season out of them. They should be able to hit near the .500 range for the season, however, with all the talent and great coaching they have.

New head coach Shane Beamer will look to lead the Gamecocks in the right direction this season, they have a fairly easy beginning part of their schedule, but the end does not look promising as they face off against Clemson and Texas A&M.

Tennessee is in complete rebuild mode, and we saw that after the controversial start to the offseason for them. They have basically replaced every position, including coaching, and will look to use this year as a starting point in their rebuild that will take years to complete.

Speaking of rebuilds, Missouri is coming off of a decent start to their rebuild last season. If they can improve on their quarterback play and every other position, they surely will be heading in the right direction going into this decade.

The clear favorites to win the East and provide the biggest challenge to Alabama in the SEC. JT Daniels was great as the starter last season and looks to finally solidify himself as the guy to get the job done for the Bulldogs. They have plenty of 5-star recruits and talent all over the field, so the season really comes down to how well the QB play is.

Akshay Kumbar
Akshay is a rising senior at the University of Miami. He is studying Marketing with a minor in Sports Administration. He is joining Knup Solutions with hopes of being able to contribute to the team at a high level, with his high attention to detail and perfectionist personality. Has done recreational freelance work for online gaming and sports previously, and is excited to use his skills in the real world.
You might also like
college footballfootball newsSECNCAAF
MORE
Read More
21 LAFC vs Sporting KC Prediction
Next