In this edition of College Football (CFB) Power 5 Preview, we are heading out West to look at the PAC-12. A conference that has yet to produce a National Champion since USC won in 2004.

Just like a lot of other conferences across the country, not many people knew what to expect if there was going to be a season or not. They decided late into the season that they would be playing, but they were only going to be playing games within the conference.

Oregon was crowned Champions of the conference for the 2nd straight year after defeating USC in the Championship Game by a score of 31-24.

Arguably the better division in the conference, 9 out of the last 10 conference championship games have been won by a team in this Division. That exception being 2017 USC, who is in the South.

Oregon State did not have a great season at all, as they only won 2 games. But to give them credit, they were able to win the Civil War and take down their rivals Oregon at home. They also beat California, but they also aren’t very good.

The offensive line will be returning for the Beavers, but they will have to make up for the fact that they lost their star RB Jermar Jefferson to the NFL Draft. Can the offense pick up the slack with him not being there?

The one good thing they have on defense is their very strong linebacker core, and it could very well be one of the best in the conference. But they need to generate turnovers if they want a chance to win games, something they struggled to do last season.

Long-time Head Coach Mike Leach had left the program before the start of the 2020 season to go coach at Mississippi State. So the sample size we got of his replacement Nick Rolovich wasn’t that good. They were very spotty on offense, and you could tell that they were never really able to make that transition of different offensive styles.

The defense is one of the worst in the conference, and if they want to win more games, they’ll need to find a way to prevent other teams from gaining so many yards per play. There is a good chance that they will find a few wins in the conference, but probably not enough to make a bowl game.

It is unusual to see a Stanford team not have high expectations in the division, but this is where we are at. With Davis Mills being drafted to the Houston Texans, the Cardinal do not have any experience at the QB position and will definitely play a big role in their success.

The defense was not able to get any kind of pressure last season, and that will need to change if they want to get to a bowl game. I would expect them to get the 6 wins, but that could be a challenge considering they will be battling Cal in the division as well.

Despite only playing 4 games last season, there were some bright spots on the team that we can expect to see again in 2021.

There was not enough time for the new offensive coordinator Bill Musgrave and QB Chase Garbers to develop chemistry and understanding of each other, but with a real offseason, we will be able to see the offense finally flourish like it’s supposed to. They have tons of support at the offensive line position to help the run game and Garbers.

The defense was average in the 4 games they played, so it will be interesting to see who can step up for the Golden Bears and make the difference for them. There’s a good chance that this team can make a bowl game, but it’s not likely.

There are very high expectations for the Huskies going into this season. With QB Dylan Morris returning, they are going to look upon him to take his game to the next level and become the guy for the Huskies.

On defense, they need to find an identity in the run game. They let up nearly 160 yards per game, and that is just unacceptable. They are getting a few returners at linebacker and in the secondary, but all eyes will be on the defensive line to see if they are moving in the right direction.

They are almost a sure-fire pick to get a bowl game, but I don’t see them being able to edge out Oregon for a spot in the conference championship.

It wasn’t a great year for Oregon in 2020, as they were essentially knocked out of any playoff contention with a 17-21 loss to California. They were able to get a spot in the Pac-12 Championship Game which they obviously won at USC. Kayvon Thibodeaux won MVP of the game and showed why he was ranked so high coming out of high school and that he is a top pick in the 2022 NFL Draft.

The Ducks offense has been built back up, and with transfer QB Anthony Brown from Boston College, he will give this offense some veteran experience at the play-calling position. They have plenty of speed at the running back and wide receiver positions, so they should have no problem in that department.

Many expect Oregon to repeat as North Division champions and possibly even winning the conference again, but the South Division has a ton of good teams that could definitely contend for the title. 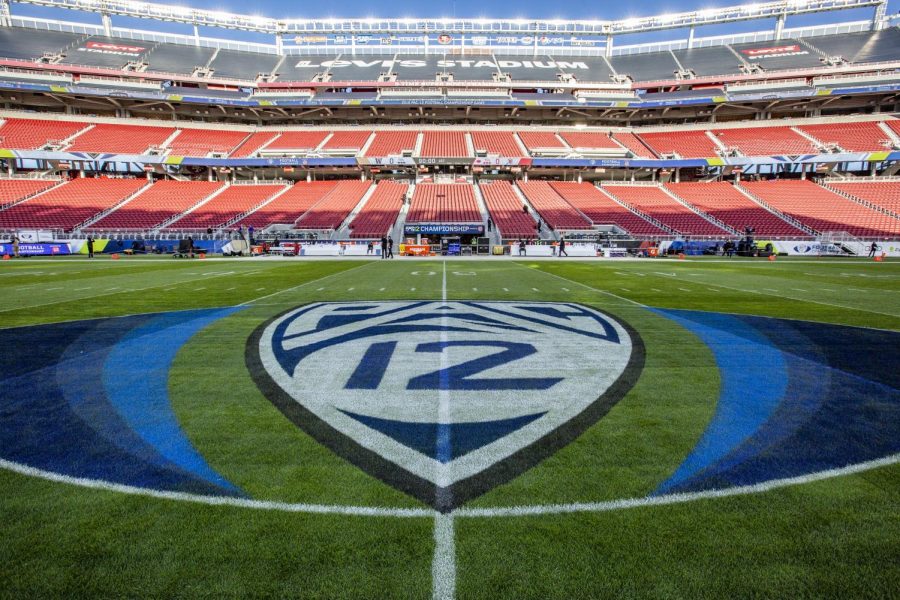 In this edition of College Football (CFB) Power 5 Preview, we are heading out West to look at the PAC-12.

What didn’t go wrong for Arizona in the 2020 season? They had a very close game with USC to open their season up but ended up losing 30-34. After that, it was a snowball effect of losing, as they lost every single game by more than 11 points. To cap it all off, they ended their season with a rivalry loss to Arizona State, 7-70.

New Head Coach Jedd Fisch is known for his offense and will give this Wildcats team the spark they need. Hopefully, he can turn things around quickly and be able to have this team competing at a high level once again.

Colorado was a surprise team in 2020 as they got off to a very quick 4-0 start but ran into a few roadblocks throughout the season and ultimately ended their season with a 23-55 blowout loss to Texas in the Alamo Bowl.

This team is going to be relying on their two breakout stars from last season, QB Sam Noyer and RB Jarek Broussard. If they are able to build upon their great performances from last season, they could be able to replicate their success from just last year.

I don’t think that they will have all that great success in a full college football season, especially not with their schedule and how things play out. But, the program is definitely on the right track.

This team was decent last season and had good and bad stretches of games. They are definitely going to need some luck to be able to compete in this top-heavy division.

The Bruins are relying on two things this season to help them win games and get them a bowl game. QB Dorian Thompson-Robinson needs to improve from his previous seasons and take that next step as a play-caller. The defense also needs to step it up DRASTICALLY. Allowing 34 points per game will not get you wins, regardless of who you have on the offensive end.

Utah did not have a great 2020 season and capped it off by declining to go to a bowl game, despite the winning record. But this program is going in the right direction, and we’ll see it in 2021.

They are going to be just fine this season as they brought in Charlie Brewer from Baylor to be their QB. He was electric for Matt Rhule at Baylor, and he’s going to bring that firepower to the Utah offense.

The defense was decent last year, and it always helps when you bring back a ton of your starters. They will definitely be a team to compete for the Division title and are my personal favorites to win it.

This is one of the most promising teams that are returning to college football in 2021, and rightfully so. Their record last season does not tell the entire story, for they are still a very good team.

The Sun Devils will be heavily reliant on QB Jayden Daniels to take that next step as a QB and really solidify himself as a top arm in the nation, and he has the offensive weapons to do so. On the defensive side, they are one of, if not the best in the Pac-12. They led the Pac-12 in scoring and were locking down the passing game.

Everyone is expecting USC to repeat as division champions, but they will have a tough road ahead of them if they have any hopes of repeating.

Heisman candidate Kedon Slovis had a bit of an off-year last season, albeit with the small sample size we saw. But if he can continue to improve his game and have that Heisman caliber season that many experts are expecting, then this team could really go far.

They have the best defense in the Pac-12 that is absolutely loaded back to front with NFL talent. The Trojans’ defense will be their strong suit heading into the 2021 season.

The only reason why they aren’t big favorites to win the division is because of their schedule and just how hard it is. They will have to face off against rivals Notre Dame again, so that will be an interesting game to see.

Akshay Kumbar
Akshay is a rising senior at the University of Miami. He is studying Marketing with a minor in Sports Administration. He is joining Knup Solutions with hopes of being able to contribute to the team at a high level, with his high attention to detail and perfectionist personality. Has done recreational freelance work for online gaming and sports previously, and is excited to use his skills in the real world.
You might also like
Betting Pickcollege footballfootball picksNCAAF
MORE
Read More
46

Astros vs Dodgers Prediction
Next