College basketball is in full swing. The top teams in the nation have four to five games under their belts. The top 25 teams are at the point, right before their conference games get underway, that they will play in small tournaments or non-conference games involving other top teams.

That is what we have Friday evening when #1 Gonzaga takes on #5 Duke Blue Devils in the Continental Tire Challenge in Las Vegas. Both teams have been dominant to start the season. While Duke still finds themselves at #5, with UCLA losing Tuesday, they will surely move up. Gonzaga has been impressive to start the season, beating two top 5 teams already.

Good Start to the Farewell Tour For Duke 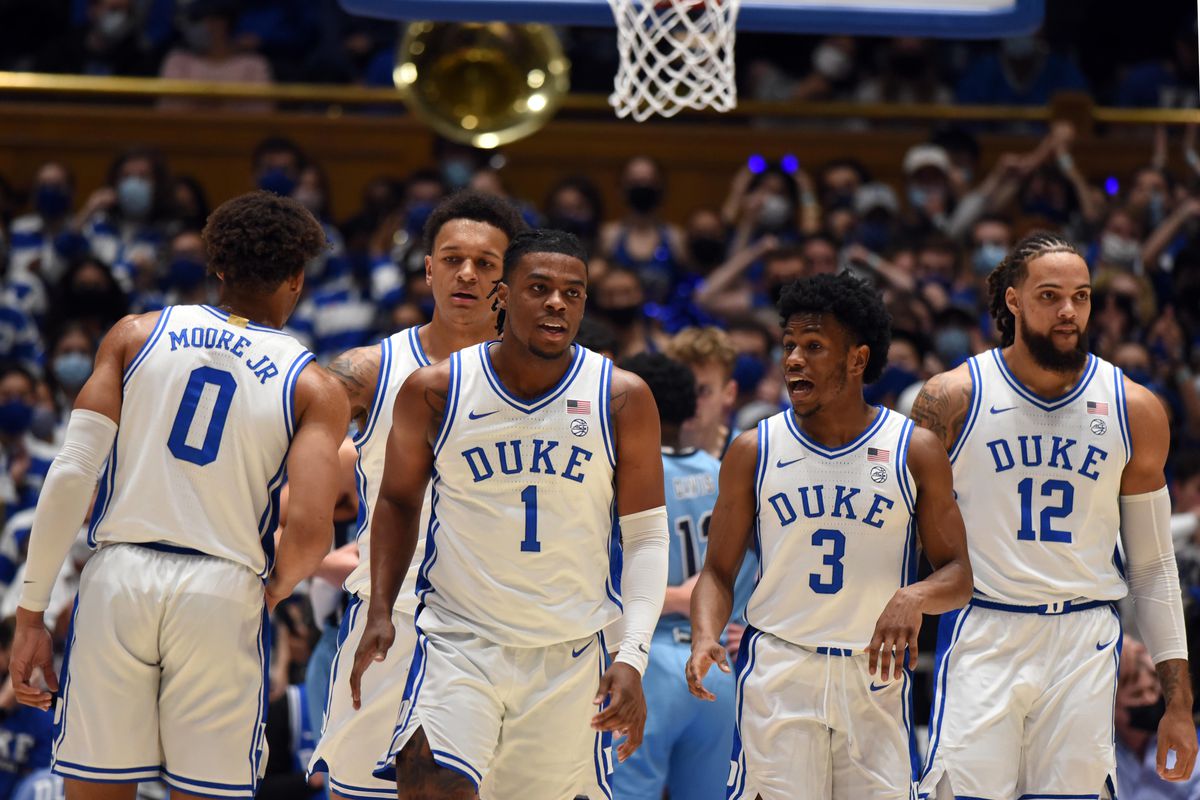 It has been all over the television, as well as the internet, that this is Coach K’s last season with Duke and he will retire at the end of this season. Every game they play, the focus seems to be on that, which may be exactly what Coach K’s team needs. They are a very young athletic group and with all of the spotlight being on Coach K, they can play free and loose.

Freshman Paolo Banchero will be the player to watch for Duke Friday night. He is averaging around 18 points per game and eight rebounds. While he has started the season off so well, going up against the big guys from Gonzaga will be a true test.

Trevor Keels is another freshman for Duke that will have to be an impact player if Duke is going to be successful. The 6’4” guard is averaging 13 points and three assists per game. Going up against one of the best backcourts in the game in Gonzaga, it will be nice to see how Keels takes the challenge.

After watching six Gonzaga games to start the season, this may be the best Gonzaga team yet. After a 2020-2021 tournament that saw Gonzaga lose to Baylor in the National Championship Game, the Bulldogs have had to replace three of five starters from last year’s team. Gonzaga has done just that and may have found a way to be better.

Gonzaga has a dominant freshman big as well with seven-footer Chet Holmgren starting at the four. Holmgren is Gonzaga’s first number one recruit, which is huge in terms of future recruiting. While Holmgren has not had a crazy scoring outburst just yet, watching the way he affects things in the post as well as can stretch a defense with his ability to shoot, it is clear that he is going to be a great player for the Bulldogs.

The offense still runs through junior forward Drew Timme. The thing about Timme is he always steps up when the bright lights are on, which is true so far this season as well. Timme has had two of his highest-scoring nights against UCLA and Texas. Although there are still questions as to whether or not his game will translate to the NBA or not, for the time being, he will be dominant for Gonzaga.

While Duke may be the more athletic team, the skillset and discipline this Gonzaga team has shown so far this season are unmatched. The Bulldogs do not take bad shots and have played suffocating defense. Duke will have a chance if they can hold Timme to under 15 points.

Gonzaga will prove how superior they are Friday evening. In all reality, there should be a bigger win Friday than there was Tuesday when Gonzaga beat UCLA by 20 points.