I know -385 looks like terrible odds for a 12 team tournament, but I think the recent struggles of the United States make this line one of value. After opening at nearly -1000 favorites, the US dropped two games in a row, one to Nigeria and one to Australia.

This team has been plowed through by Covid, and the roster is a bit of a mess. But at the core still lies Kevin Durant, one of the greatest scorers of all time, Damian Lillard, and Jayson Tatum. These three can light up the scoreboard on a nightly basis. I do not think with this trio, the USA is stoppable. Once this team gets their chemistry in order, they are going to be hard to stop.

The team is rounded out by Draymond Green, Bam Adebayo, and Zach Lavine. Green is one of the best defenders in the league. Adebayo is a great two-way player, and Zach Lavine has the ability to put a team on his back, as we saw on many occasions this year with the Bulls. He has unmatched athleticism and can put the ball in the basket from anywhere on the court.

Not to mention this team could possibly be joined by Devin Booker, Khris Middleton, and Jrue Holiday, depending on how they feel after the end of the finals.

My Outlook: If you are willing to overlook the juiced line, take the United States to win gold. This is a team with too much talent and experience to lose games. 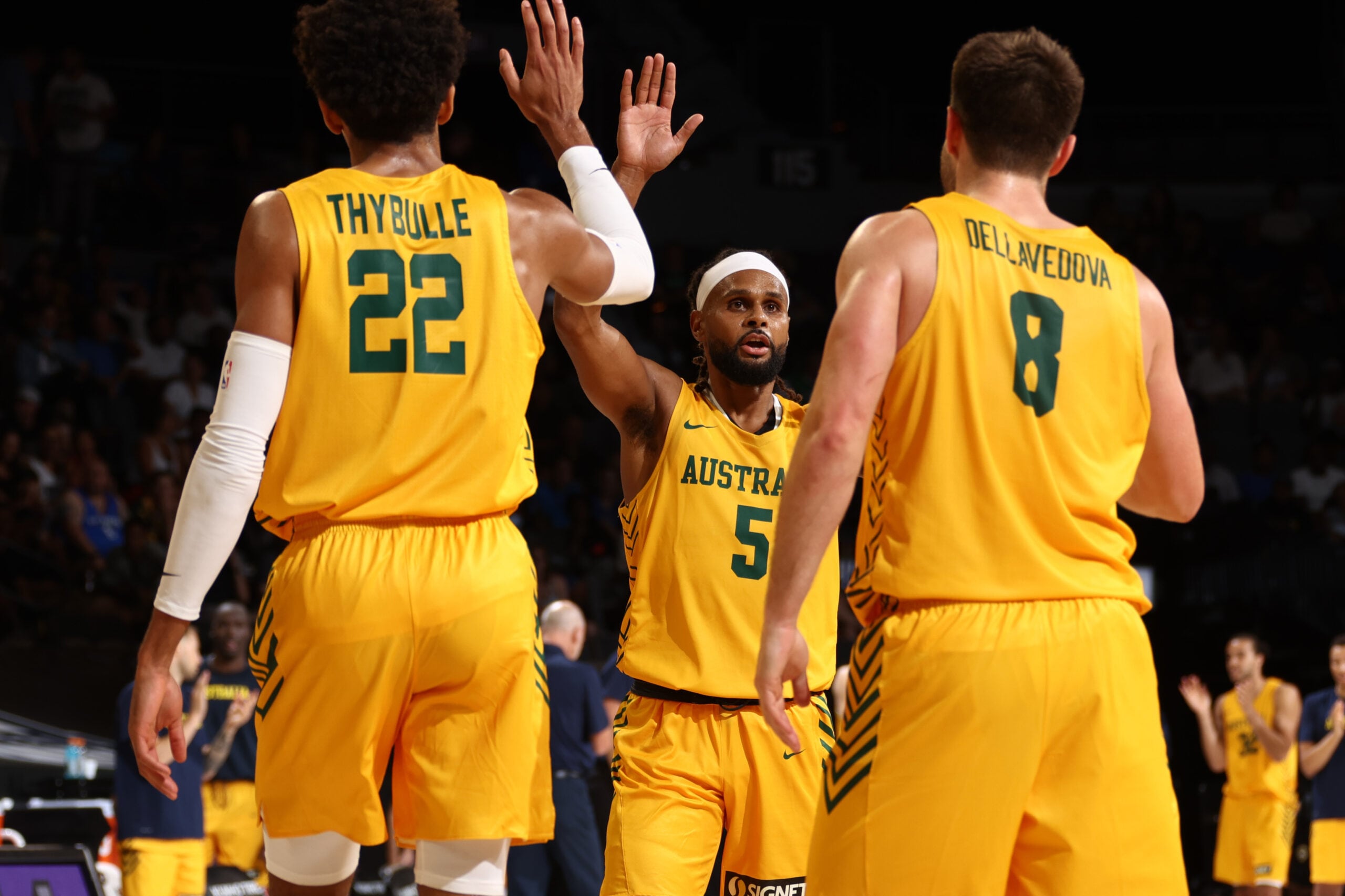 Australia has the second shortest odds to win the gold. They have one of the best defensive rosters in the entire tournament. Matisse Thybulle won the Defensive Player of the Year award in college and was an NBA all-defensive second team member this past season. Matthew Dellavedova is known for his hustle and ability to harass opposing guards. He famously guarded Steph Curry in the Finals while playing for the Cavaliers.

This team has plenty of scorers as well, with Joe Ingles, Patty Mills, and Dante Exum. Joe Ingles has not yet had a role in the NBA where he has the ball in his hands every possession, but I think he should see more of that in the Olympics.

Patty Mills has been able to score the ball well at the NBA level. Dante Exum is still developing but will add athleticism to this squad.

This team already beat the US in an exhibition, and they are capable of doing it again.

My Outlook: This is a solid team that has talent. I do not think they will have enough depth to outlast the US in a meaningful game, but I do think they will make a run deep into the tournament.

Nigeria opened at around 90 to 1 to win gold and now sits at 40 to 1. They beat the United States in an exhibition matchup. This team is full of young talent, and besides, the US has the most NBA players on their team. Lots of young players will be competing in their first Olympics and will be back on the big stage. They will be playing hard and looking to prove themselves.

My Outlook: This is an undervalued team that may not win the tournament, but they will win some games.

Vincent Graziano
I currently attend the University of Miami; pursuing a BSBA in Business Analytics with a double minor in Sports Administration and Finance. I live in Middlebury, Connecticut. I am a member of the Data Analytics Student Association at UM. I am currently employed as a caddy at the Country Club of Waterbury. My interests include all sports, especially golf football and mixed martial arts. I am also currently in the process of creating my own golf merchandising company.
You might also like
Betting PickOlympic BasketballTokyo OlympicsNBA
MORE
Read More
9

Tokyo 2020 Group A Predictions | A Closer Look
Next