The most pivotal game of the 2021 NBA Finals happens on Tuesday night at Fiserv the Forum. The Milwaukee Bucks are seeking to win their first NBA Championship in 50 years, while the Phoenix Suns try to stay alive and extend the series to seven games at the Valley. The Suns started off the series strong, but the Bucks hung on and managed to pull off three straight wins, propelling them to lead the series 3-2 and putting Phoenix in a tough spot.

MILWAUKEE BUCKS: DO THEY HAVE WHAT IT TAKES TO WIN IT ALL?

Despite the admirable performance of the Suns in the finals, the Bucks have become the leaders of this series, winning the last three games straight at the last minute. Offensive force Giannis Antetokounmpo and defensive powerhouse Jrue Holiday have both been on fire as of late, scoring points, winning rebounds, and keeping Chris Paul in check. The Milwaukee Bucks have everything going for them in Game 6, and they have their star players ready to win with a home-court advantage. Will they be able to maintain their energy to win Game 6 and the 2021 NBA Finals? 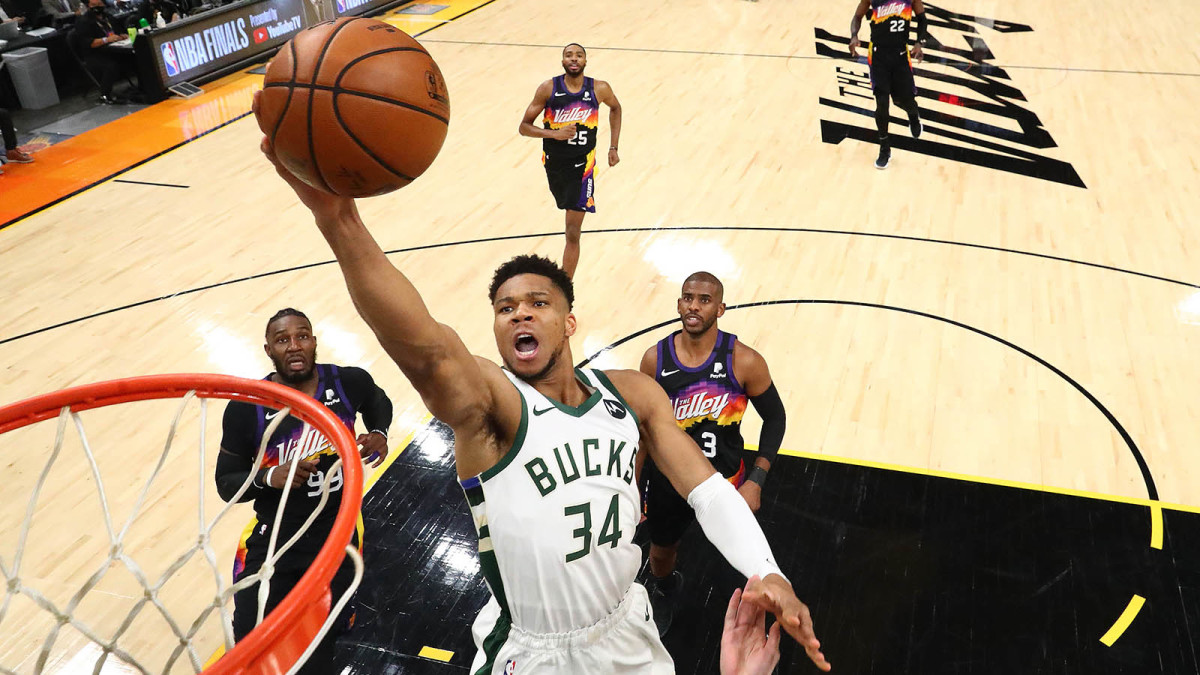 It’s Game 6 of the 2021 NBA Finals. The Milwaukee Bucks are seeking to win their first NBA Championship in 50 years, while the Phoenix Suns try to stay alive and extend the series to seven games at the Valley.

PHOENIX SUNS: CAN THEY EXTEND THE SERIES TO SEVEN GAMES?

For the first time in the 2021 playoffs, the Phoenix Suns are facing elimination in Game 6 of the Finals series. They performed beautifully in the first two games but let three straight wins get away from them in Games 3, 4, and 5. The entire future of this series rests on Game 6; if the Bucks win, they win the championship. If the Suns win, the series proceeds to Game 7. Despite the tremendous amount of pressure, the Suns seem like they are ready to have at it.

Suns center Deandre Ayton said, “Tables are turned now. Now we’re the desperate team. We had our chances of being up and trying to finish the job, and now we’re in the same position that they were in. They’re up, and now we got to go get it. That’s why it’s a little bit more fun.”

If the Suns hope to win the NBA Finals this year, they must play with a greater sense of urgency or risk losing four games straight and giving up the championship ring.

This series has been a fun one to watch. Close matchups, thrilling last-minute wins, and, of course, lots of drama. Will the Bucks win it all on Tuesday night after an exciting comeback? Or will the Suns prove everyone right and hang on to their title and push the series to Game 7? This is a very difficult choice and difficult prediction to make, but I have to say that I think the Bucks will win it all tonight.

They have the home advantage, Jrue Holiday has been doing a fantastic job of shutting Chris Paul down, and Giannis Antetokounmpo has been scoring points, and grabbing rebounds left and right. The energy the Milwaukee team has is immaculate, and now they are ready to prove everyone wrong. They are ready to win it all. Make sure to tune in to Game 6 of the NBA Finals on Tuesday night at 9pm!

Allyson Park
Allyson Park is a sports writer and media content creator at Knup Solutions. She covers a variety of sports, including football, soccer, basketball, and baseball. She is currently a student at Virginia Tech majoring in multimedia journalism and minoring in creative writing. Her favorite sports to watch are NFL football and women's soccer. After graduating, she hopes to enter the sports journalism industry and provide a unique angle and perspective on sports as a woman of color.
You might also like
Betting PickMilwaukee BucksNBA PicksPhoenix SunsNBA
MORE
Read More
44