The Hawks vs Sixers playoff match-up has got basketball fans to talk about it. The Atlanta Hawks will host the Philadelphia 76ers in Game 6 of their best-of-seven second-round series, as the underdog Hawks surprisingly hold a 3-2 lead over the top-seeded team in the Eastern Conference Playoffs.

Trae Young has had a coming-out party these entire playoffs, as he’s averaged 29.4 points and 10.3 assists per game thus far. In the current series against the Sixers, Young’s averages have gone up slightly.

Joel Embiid has been his usual dominant self against the Hawks, as he’s averaging 32.0 points, 13.0 rebounds, and 4.6 assists per game.

Hawks Look to Put Series Away at Home

Not many people had the Hawks beating the Sixers in this series, as a lot of those same people gave Philadelphia a great shot to advance to the NBA Finals for the first time in 20 years. A lot of people also probably wouldn’t have been surprised if the Hawks got swept.

However, the Hawks are clearly ahead of schedule. Young is blossoming into a superstar before our very own eyes, and the core of Bogdan Bogdanovic, John Collins, Clint Capela, Kevin Huerter, and Danilo Gallinari has just clicked on all cylinders very well.

The key in this one for the Hawks is to continue to get great three-point shooting from most of the aforementioned guys and continue to position Capela in the right spot to prevent Embiid from doing too much damage in the paint.

It would be an amazing story to see a team that is way ahead of schedule take down a team that has had many years to figure it out, and with Atlanta becoming more and more known as an up-and-coming city coupled with the team’s young core, it could attract a big-name free agent in the not so distant future. 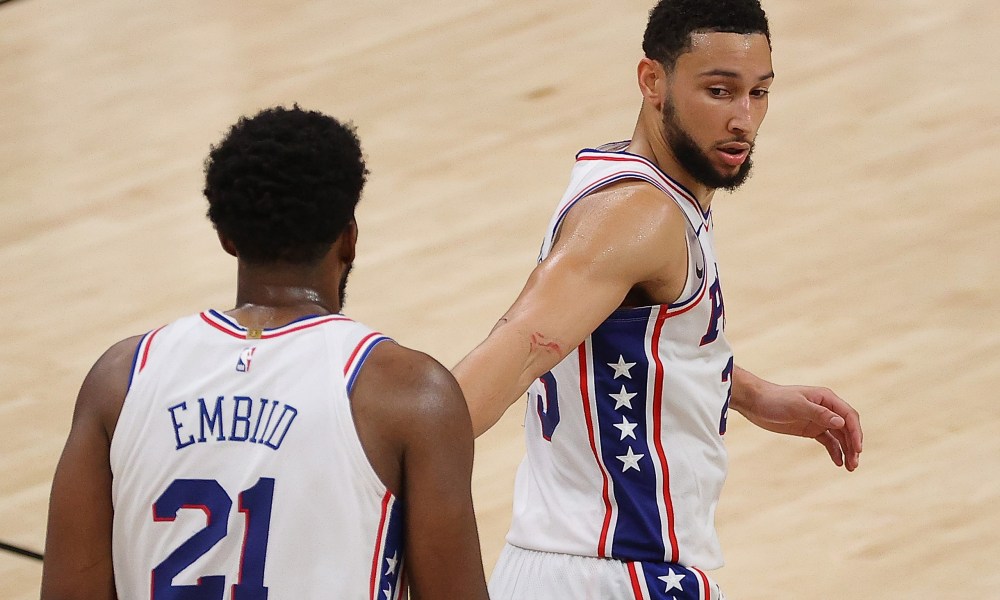 The Atlanta Hawks will host the Philadelphia 76ers in Game 6 of their best-of-seven second-round series, as the underdog Hawks surprisingly hold a 3-2 lead over the top-seeded team in the Eastern Conference Playoffs.

The Sixers won’t be home to try and extend their season, but with their season on the line, they’re going to come out inspired and motivated and hope they can be in a position to finish this series off in front of their home fans.

However, they’re going to need to get a lot more from their supporting cast — especially Ben Simmons and Tobias Harris.

It’s inexcusable for Simmons to only attempt four field goals in a playoff game. He needs to be more aggressive on drives to the rim and use his size and quickness to his advantage.

Harris needs to get back to being the shooting threat he has been all season long. His floor spacing abilities will allow other shooters to get open looks and open up driving lanes for Simmons.

The Sixers know they’re a better team than they’ve shown. Expect them to come out motivated after blowing a 20+ point lead in their last game.

Sameer Kumar
From the greater New York City area. Big fan of sports and love breaking down a wide range of topics in the sports world such as rumors, analysis and also love to share the stories of athletes and how they got to where they are. In my downtime, I love to travel, try new things, read, listen to music, and spend time with those who matter most to me most.
You might also like
Atlanta HawksNBA PicksPhiladelphia 76erssports bettingNBA
MORE
Read More
15