The Los Angeles Clippers and Phoenix Suns face off in Game 2 of the NBA Western Conference Finals series at 9pm EST on Tuesday at the Phoenix Suns Arena. The Clippers vs Suns match-up has gained interest as both teams are missing their key players.

After a close and evenly-matched game, the Suns defeated the Clippers 120-114 in the series opener on Sunday, with both teams performing well despite the absence of a few of their star players. Chris Paul of the Suns and Kawhi Leonard of the Clippers are currently out with injuries.

Even though the game on Sunday was closely matched, the Clippers ultimately fell short of a win due to the Suns’ phenomenal defensive performance. Despite the loss, the Clippers played a solid game, with Paul George scoring seven three-pointers. If the Clippers hope to win this game, they will have to focus on improving their interior defense, slowing down Devin Booker, winning rebounds, and letting George do what he does best by giving him more time on the court. 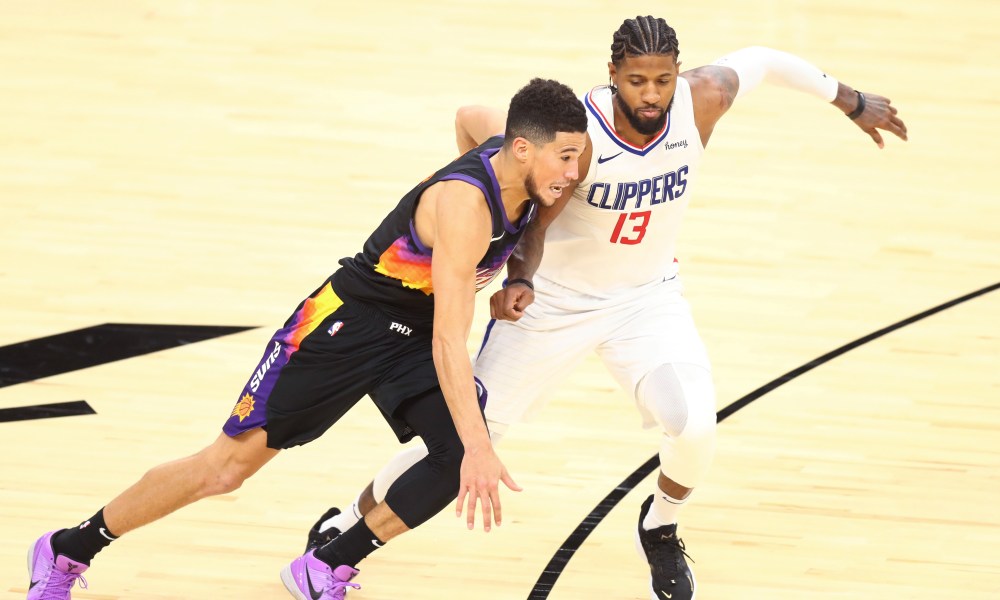 The Los Angeles Clippers and Phoenix Suns face off in Game 2 of the NBA Western Conference Finals series at 9pm EST on Tuesday at the Phoenix Suns Arena.

No Chris Paul? No problem. The Suns, despite missing their star player, performed beautifully against the Clippers on Sunday, with Devin Booker playing one of the best games of his life. He scored or assisted on 43 of the Suns’ final 50 points and adapted expertly to whatever came his way, proving that he is completely able to lead the Suns’ offense. Although the Suns performed well offensively in their eighth consecutive playoff game win, the key to their victory was their ability to make major defensive plays and stops, and they will need to keep that momentum going if they want to win Game 2.

Even though the Clippers fought valiantly in Game 1, I think that the Suns will take Game 2. With the dominance of Devin Booker, the admirable performance of their defense, and their home advantage, the Suns are perfectly poised to take another win in this series. It will not be easy, as the Clippers and Paul George are a force to be reckoned with, but if the Suns continue to make big defensive stops, they will be able to keep them at bay enough to emerge victorious.

Allyson Park is a writer and media intern for Knup Sports and the Sports 2.0 Network, covering a variety of topics, including football, soccer, basketball, and baseball. Connect with Allyson on Instagram @allysonpark01.

Allyson Park
Allyson Park is a sports writer and media content creator at Knup Solutions. She covers a variety of sports, including football, soccer, basketball, and baseball. She is currently a student at Virginia Tech majoring in multimedia journalism and minoring in creative writing. Her favorite sports to watch are NFL football and women's soccer. After graduating, she hopes to enter the sports journalism industry and provide a unique angle and perspective on sports as a woman of color.
You might also like
los angeles clippersNBA PicksPhoenix Sunssports bettingNBA
MORE
Read More
18 Betting the Over Now that New MLB Rule is in Effect?
Next