The Seattle Mariners will travel to Coors Field and take on the Colorado Rockies for a pair of games this week.

HISTORY: These two teams traded a pair of games at Safeco Field last month. Colorado and Seattle played three times last season, with the Rockies taking two of those meetings.

Seattle (50-44) got the best of the Los Angeles Angels during a six-game stretch last week to remain in the thick of the AL Wild Card picture. After a slow month of May, the Mariners have won five of their seven games, and they only sit two games out of the fifth seed.

Left-hander Marco Gonzales will get the start for the Mariners. After posting winning records in his first three seasons in Seattle, Gonzales has only posted a 1-5 record through eleven starts. Inconsistency on the hill and a lack of run support have attributed to the former ace’s struggles. He looked solid against the Tampa Bay Rays but barely lasted three innings against the last-place Texas Rangers. He’s given up five or more hits in six of his last seven outings, and Coors Field might not be the place to get back on track.

Despite Gonzales’ struggles, the Mariners have got it going behind the plate. Third baseman Ty France went on a tear during the road series against the Angels, recording seven hits, and homering in his last time out. Shortstop J.P. Crawford leads the team in hits (95) and batting average (.276). Outfielder Mitch Haniger homered three times against the Angels, and he’s riding a nine-game hit streak. Longtime Mariner Kyle Seager remains a steady presence at the plate, and he also homered in the series against Los Angeles. 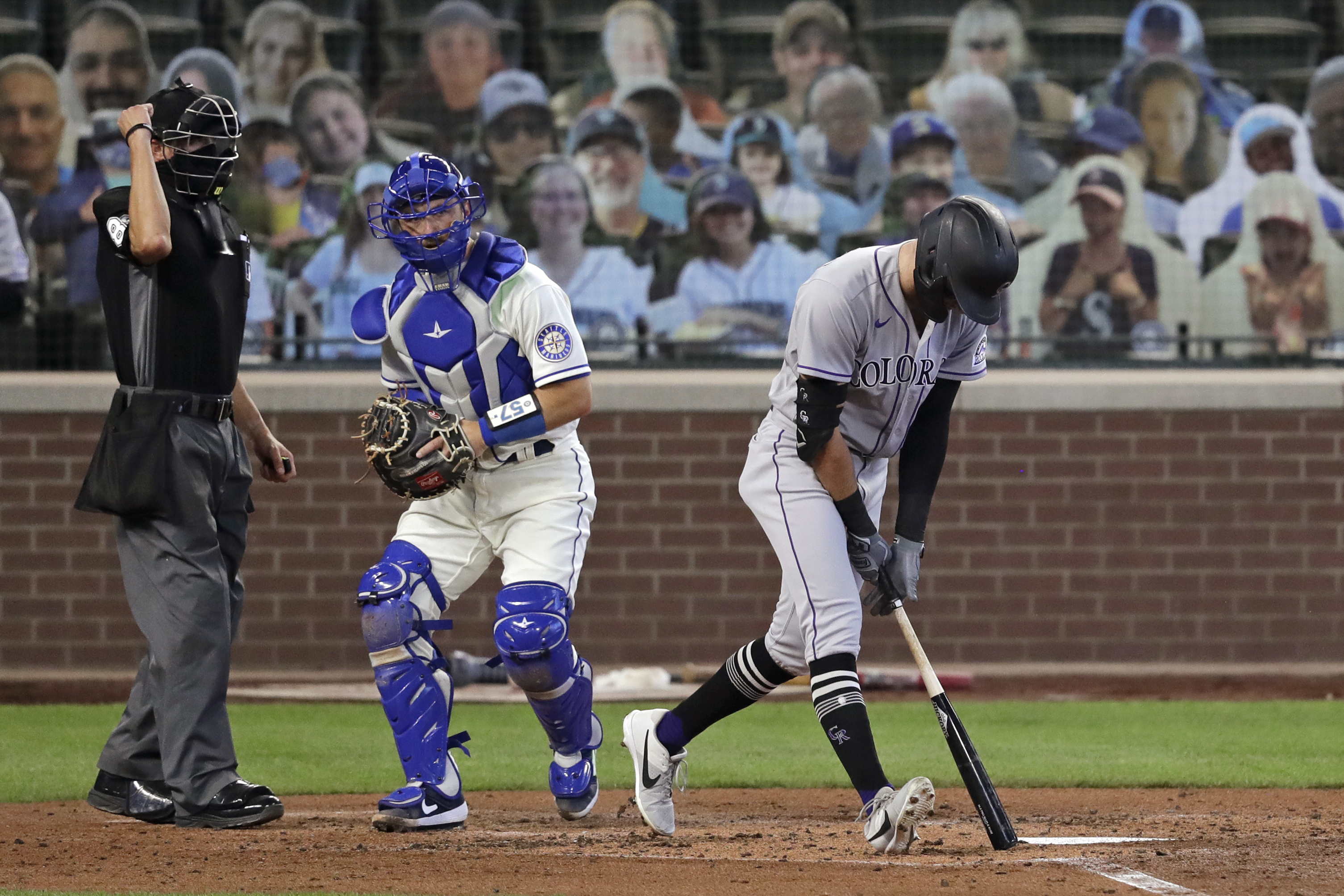 The Seattle Mariners will travel to Coors Field and take on the Colorado Rockies for a pair of games this week.

Colorado (41-53) really needs this home set to go well. Their next ten contests are on the road, and with the vital month of August approaching, a bad stretch of play here will put any postseason aspirations to rest. The good thing is that the Rockies have one of the best home records (32-19) in the league, and they’ve won 14 of their last 18 outings as hosts.

Rockies ace German Marquez will get the start Tuesday night. He’s having another impressive season in Colorado, and he’s posted an 8-6 record with a 3.36 ERA en route to making his first MLB All-Star appearance. Marquez has also thrown a career-high three complete games and posting the best WHIP of his career (1.14). He threw eleven strikeouts in his last start at Coors Field against the St. Louis Cardinals, and he’s won five of his last six starts at home.

With Marquez on the mound and in terrific form, all the bats have to do is come to play. Colorado ranks tenth in the league in batting (.244), with that number rising to .276 at home. Trevor Story is fresh off of his third All-Star appearance, and he hit two home runs in the win over Seattle last month. Brendan Rodger’s return to the lineup has been helpful, and he homered in last month’s win as well. Ryan McMahon leads the team in homers (16) and RBI (48). Raimel Tapia, Charlie Blackmon, and Yonathan Daza make up one of the best defensive outfields trios in the league.

Colorado has a chance to steal both of these games from Seattle. They’re dramatically better at home, and with German Marquez on the hill, all signs point to a Rockies win in the first game. The Mariners bats could get things going, but Coors Field hasn’t been kind to opposing hitters this season.

Bet on Colorado to pick up a pair of wins this week, and take the overs.

Corey Ghee
Avid sports writer and bettor. VCU Alum. Dodgers Fan. Cameron Crazy. Longhorn Football. James Harden Advocate. 4x Fantasy Football Champion. I love the game of basketball but I serve a diverse perspective of sports, from court to field to pitch to diamond to ice to clay. There’s always a decision, and a profit to be made. I’m here to help and learn along the way. Spreads, lines, totals, let’s win together.
You might also like
Betting PickColorado RockiesMLB PicksMLB
MORE
Read More
10

Softball Returns to the Olympics; Predicting the Top Teams
Next