Despite being on the road, the Padres are small favorites in this game. You can wager the Padres at -115 for this Tuesday night battle.

The San Diego Padres have a dynamic offense that is scoring just shy of 5 runs per game. San Diego is averaging 8 hits per game, and as a team, they are hitting .239. The Padres have dropped back-to-back games, where they are scoring just 3 runs per game, but previous to that, they scored 10.5 per game against the Astros. The top hitting threat is, of course, Fernando Tatis Jr. The MVP candidate is hitting .299 and leads Major League Baseball with 16 home runs on the season. 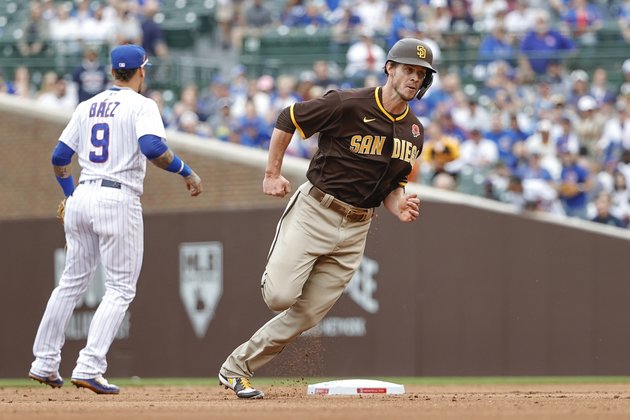 A pair of first-place teams will square off Tuesday night from historic Wrigley Field, as the San Diego Padres will take on the Chicago Cubs. This is the middle game of the three-game series after the Cubs won the opener.

Meanwhile, the Chicago Cubs got off to a slow start that saw them at the bottom of the standings for an extended period of time. Now, after winning 11 out of their last 15 games, they hold a ½ game lead in the National League Central standings. In the three-game series against the Cardinals, they allowed just 2 runs per game. Then in the sweep against the Pirates, they were even better, and then most recently, they allowed just runs in the three games against the Reds. Overall, that’s 17 runs allowed over their last 10 games.

Look for the Padres to get back on track. San Diego has been one of the best teams in baseball, and they have the offense and enough starting pitching to be the best team. San Diego gets hits early off of Hendricks, and Weathers throws a solid game, and the bullpen slams the door from there. The Padres win the second game of this series and set up a rubber match on Wednesday at Wrigley.

When you go to bet this game, take the San Diego Padres -115 over the Chicago Cubs.

Rodney Knuppel
Rodney is currently the Content Manager and Director of Business Development at Knup Solutions. Rodney has lived and died by St. Louis Sports since a young ago. Also, Kansas Jayhawks basketball fan. Always down to have an intelligent, and controversially sports conversation. Host of Peoria Fantasy Focus, and has served as PA Announcer for Peoria Chiefs Baseball. Father of 3, youth baseball coach and President of the Youth Basketball Association.
You might also like
MLB PicksSan Diego Padressports bettingMLB
MORE
Read More
165