The MLB season is beginning to heat up, and the World Series predictions are coming from everywhere. Everyone is starting to place their bets on an early World Series winner.

In this article, we will look at the MLB World Series odds and break down the favorites, sleepers, and one longshot.

The New York Yankees currently have the best record in baseball at 46-16. While the other good teams have barely begun to crack 40 wins, the Yankees are already above that mark by six wins.

With a roster that features big hitters like Aaron Judge and Giancarlo Stanton, the Yankees have hit the most home runs so far at 100. The Yankees also have two great pitchers, Gerrit Cole and Nestor Cortes, who have combined for 166 strikeouts.

Needless to say, the Yankees will be a force come the postseason. Their chances to win it all currently sit at +500, according to BetMGM.

The Los Angeles Dodgers currently sit at 39-23 with the second-best record in the National League. While the New York Mets technically own the best record in the NL, the Dodgers are favored due to the Mets’ growing injury list and a division lead that’s dwindling by the day.

On the other hand, the Dodgers are healthy and have an incredible roster. They have a great outfield tandem in Cody Bellinger and Mookie Betts, along with excellent starting pitchers like Clayton Kershaw, Walker Buehler, and Tyler Anderson.

The Dodgers have hit 74 home runs this season, with Mookie Betts and Trea Turner serving as their best hitters. LA currently owns the best MLB World Series odds at +450, according to DraftKings Sportsbook. 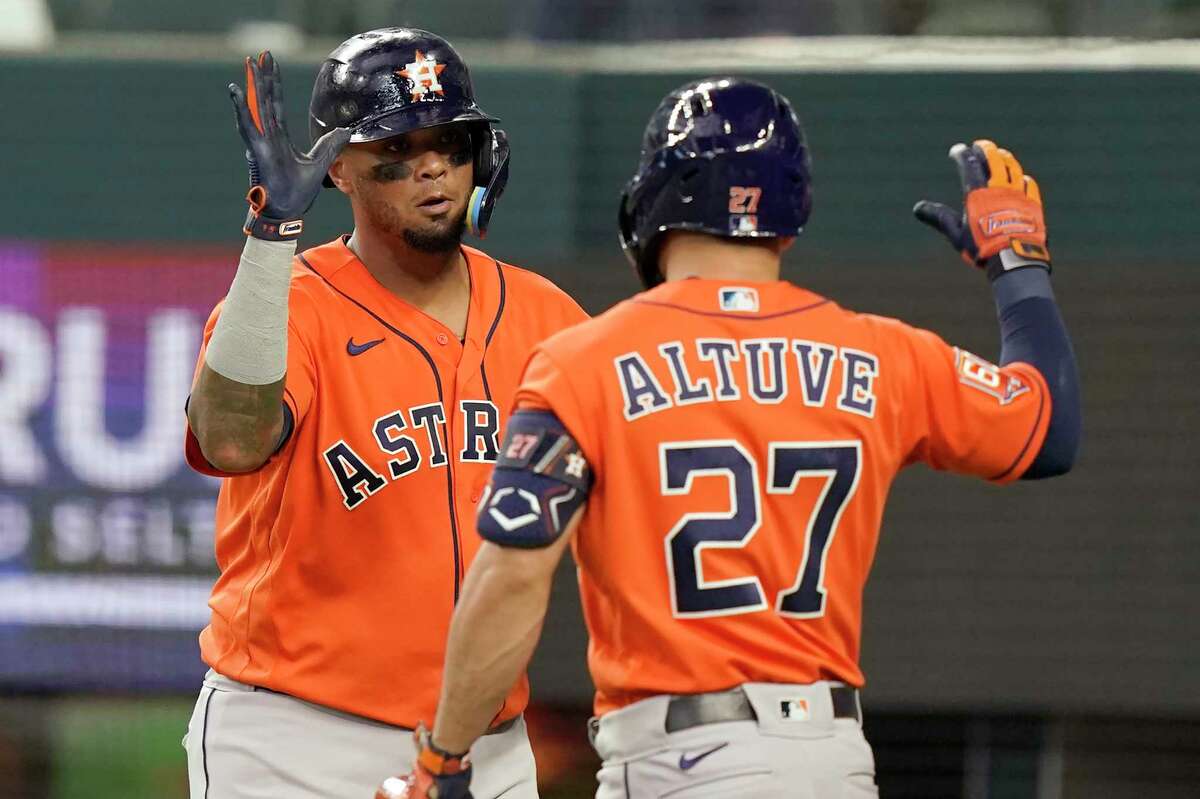 The Astros currently sit at 39-24, which is good for the second-best record in the American League. With an impressive record and a near-imminent division crown on the way, Houston has the third-best odds to win the World Series at +700, according to Caesars Sportsbook.

The Astros’ roster features All-Stars like Jose Altuve and Justin Verlander, with Verlander one of the favorites to win the Cy Young Award. Houston also has 80 total home runs, with DH Yordan Alvarez raking in a team-high 17 of those.

The New York Mets have the best record in the National League at 41-23. As a result, New York’s NL club has the fourth-best MLB World Series odds at +750, according to Caesars Sportsbook.

The Mets roster features big hitters like Pete Alonso and Francisco Lindor, who have combined for over half of the Mets’ total home runs. Pitcher Carlos Carrasco has also struck out 68 batters, the fifth-most in the league.

One longshot team that still has a chance at the World Series crown is the San Diego Padres. At 40-24, the Padres are nearly tied with the Dodgers for the NL West lead. The Padres’ exceptional roster features the likes of Manny Machado and Fernando Tatis Jr., the latter of whom has yet to make his 2022 debut. Pressure to Launch Sports Betting in Maryland
Next