It’s safe to say that both the Los Angeles Angels and New York Yankees have a clubhouse of frustrated players and a front office potentially puzzled by the play on the field.

This week in New York, the Yankees and Angels face off for a three-game series between two teams, both in fourth place in their respective divisions in the MLB.

Both teams enter the Monday-Wednesday series after disappointing weekends against AL East opponents. The Yankees lost three straight to the Boston Red Sox and Fenway Park and are now 0-6 against Boston in head-to-head games this season. Meanwhile, the Angels dropped two-of-three on the road in Tampa and are in the midst of a 4-8 record in their last 12 games.

This three-game set is big for the Yankees, who are looking to gain some momentum in the AL East, a division that is currently controlled by the surprisingly good Red Sox and reigning American League pennant-winning Tampa Bay Rays.

Here is a preview of Tuesday’s game between the Yankees and Angels:

The Angels are sending lefty Andre Heaney to the bump, who is sporting a 4-5 record in 2021 with a 4.72 earned run average in his 13 starts this season. Since making his Major League debut with the Marlins back in 2014, Heaney has been a middle to back of the rotation arm for the Angels since he was acquired in 2015.

Heaney is coming off a rough outing against the Giants in his last start when he was tagged for 10 hits and five earned runs over his 6.0 innings of work. He did strike out 10 Giants, but the five earned runs were the most Heaney had surrendered since a May 12 start on the road against the Astros.

Heaney has been really up-and-down this season. He does have four quality starts this season, but he also has five starts in which opponents have scored at least four earned runs.

For the Yankees, Jameson Taillon will take the bump. The 29-year-old righty has a 2-4 record this season with a 5.18 earned run average in 14 starts. The plus-five ERA is a career-worst for the Yankees’ starter who sports a sub-four career mark.

Despite the ugly numbers, Tailion is coming off his best start of the season against the Royals, in which he went 6.1 innings and only gave up one earned run with strikeouts.

Taillon was infamously hit hard against the Phillies on June 12 when he recorded just a single out and gave up four earned runs in the first inning. That poor start raised his ERA to an abysmal 5.74.

Meanwhile, both the Angels’ and Yankees’ offenses have produced when Heaney and Taillon have been on the hill. The Yankees have given Taillon over four runs of support a game, and the Angels have provided Heaney with over 5.5 runs a start. 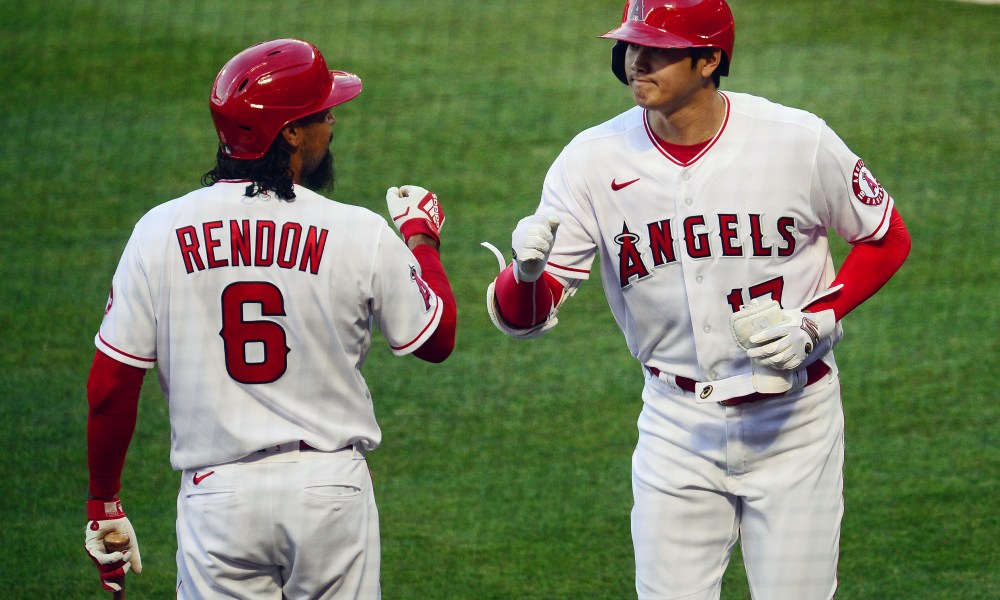 It’s safe to say that both the Los Angeles Angels and New York Yankees have a clubhouse of frustrated players and a front office potentially puzzled by the play on the field.

Neither lineup features a hitter with lots of success against the opposing pitcher. Expect Yankees manager Aaron Boone to start second baseman Rougned Odor on Tuesday. Odor has a .280 career average against Heaney in his 25 career at-bats, including one home run and four RBI.

The Yankees offense has been anchored by home run threat Aaron Judge all season. The massive right fielder has a .285 average, with an OPS approaching .900. His 17 home runs this season lead the Yankees, as well as his 40 RBI. Since returning from the injured list, first baseman Luke Voit is hitting just .217 with a .289 obp, but he does have three home runs in just 18 games.

The Angels have been supported by a healthy Shohei Ohtani all season. Ohtani’s 25 home runs this season is tied with the Padres Fernado Tatis Jr. for the second-most in MLB behind Toronto’s Vladmir Guerrero Jr. After battling injuries through the first couple of years of his career, Ohtani’s 1.031 OPS has anchored the Angels lineup along with rookie first baseman Jared Walsh.

The Angels will still be without perennial MVP candidate Mike Trout who has missed games since May 17 with a right calf strain, and he has yet to start baseball activities.

These are two teams that have a lot of talent on the roster, but both have had pitching problems all season. With Yankees coming off a bad weekend in Boston, take New York to win the series and potentially get some momentum before the All-Star break.

Alec Busse
Alec Busse is a journalism student at the University of Illinois with a minor in public relations entering his senior year. Alec covers Illinois football and men's basketball for Orange and Blue News, is a game picker for Tallysight and co-hosts the Inside the Arc Podcast. Alec is from O'Fallon, IL, a suburb of St. Louis and grew up cheering for the St. Louis Cardinals and Blues, Chicago Bears and Illinois Fighting Illini.
You might also like
baseballLos Angeles AngelsMLB PicksNew York YankeesMLB
MORE
Read More
7