Two teams heading in different directions will get together for the first of a three-game Giants vs Cardinals series Monday evening. The St. Louis Cardinals, who have lost back-to-back games in Denver against the Colorado Rockies, will play on the road once again, this time versus the San Francisco Giants.

Kevin Gausman has been absolutely outstanding this season for the Giants. The 30-year-old has made 16 starts this season and has an 8-2 record. On the season, Gausman has thrown over 101 innings, with 116 strikeouts and just 25 walks. In 101.2 innings, the right-hander has allowed just 19 earned runs for a 1.68 earned run average. In his last start, Gausman went 5 innings and allowed 3 earned runs, and it was the first time he had allowed 3 or more since his start back on April 13th.

The Giants’ offense has been the surprise this season, as they are in the Top 10 in all of Major League Baseball with 4.9 runs scored. The Giants are picking up 8 hits per game and have slugged the most home runs in all of baseball. San Francisco has 125, led by Brandon Crawford with 17.

San Francisco is watching future Hall of Famer Buster Posey have another outstanding season. The veteran catcher is hitting .328 on the season, with 12 home runs and 28 runs batted in. Also having a solid season for the Giants with the bat is Brandon Belt, who is one of four guys with double-digit home runs, with 11. 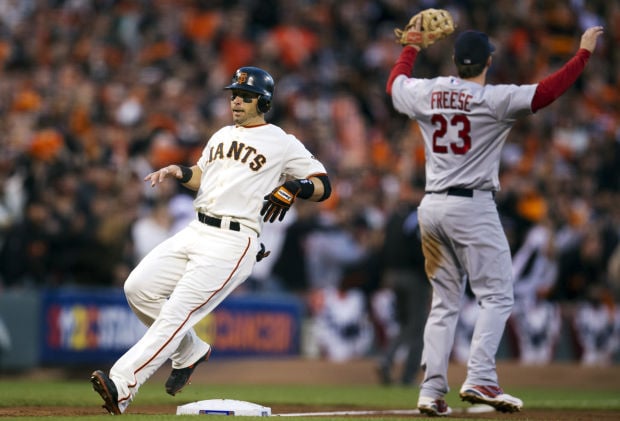 Two teams heading in different directions will get together for the first of a three-game Giants vs Cardinals series Monday evening.

The St. Louis Cardinals are without their ace Jack Flaherty, and also missing Miles Mikolas, and now Carlos Martinez left Sunday’s game early. Despite that, the biggest issue is with the bat and also the bullpen. The Cardinals are scoring just 3.9 runs per game, which is 28th in all of the game. The Cardinals have a team batting average of .227, which is also at the bottom of the league.

Nolan Arenado and Alex Reyes were named to the All-Star team, and that’s all this team deserves right now. Arenado will be the starting third baseman for the National League. In his first season with the Cardinals, the former Rockies slugger is hitting .261, with 16 home runs and 52 runs batted in. Rookie Dylan Carlson is second on the team with 42 runs scored but has dropped to a .258 batting average.

Lefthander Kwang Hyun Kim will get the start for the Cardinals. He is 2-5 on the season with a 3.79 earned run average. Kim has struck out 50 batters in 59.1 innings while walking just 22. In his last start, Kim picked up a win, albeit over Arizona. N that game, he allowed just 1 run on 3 hits through 5 innings.

The Cardinals need to get in high gear and do so soon if they want any shot at the postseason. St. Louis is 3 games under .500, with 6 games to go until the All-Star Break. St. Louis will visit the Cubs in Chicago following this. Look for Kim to throw the ball well and keep the Giants off-balance. The St. Louis bullpen has not been super strong, but look for them to close the door in this game. A couple of early Cardinals runs win this game. We are taking the upset here and betting the St. Louis Cardinals at +155 over the San Francisco Giants.

Rodney Knuppel
Rodney is currently the Content Manager and Director of Business Development at Knup Solutions. Rodney has lived and died by St. Louis Sports since a young ago. Also, Kansas Jayhawks basketball fan. Always down to have an intelligent, and controversially sports conversation. Host of Peoria Fantasy Focus, and has served as PA Announcer for Peoria Chiefs Baseball. Father of 3, youth baseball coach and President of the Youth Basketball Association.
You might also like
Betting PickMLB PicksSan Francisco GiantsSt. Louis CardinalsMLB
MORE
Read More
9

England vs Denmark Prediction
Next

Countdown to Game Greece 2021: Last Week to Save on Tickets
Top US Sportsbooks