A Look at NY Sports Betting in May
Sections
Now Reading
Blue Jays vs Mets Prediction: Game 2 of Interleague Play in the Big Apple
NextPrev
Contents
41 21 1
0 Blue Jays vs Mets: The Blue Jays and Mets will meet for the second straight night in the Big Apple. In game one of this interleague matchup, New York bested Toronto by a 3-0 margin. Tylor Megill carried the load over six frames, striking out five while only allowing one walk.

Pete Alonso went yard in the first inning with a two-run shot, and the Mets tacked on an insurance run in the eighth to earn the victory. The Blue Jays were held to no runs on three hits, which is uncommon for the club’s potent offense.

Hyun Jin Ryu is scheduled to pitch for Toronto against Taijuan Walker of New York in game two. The first pitch from Citi Field on Saturday is scheduled for 7:10 PM ET. On SugarHouse Sportsbook, the Blue Jays are favored on the run line with a moneyline of -120. The Mets are +104 to win, and the over/under for the contest has been set at 8.5 runs.

Are you in New Jersey? Use promo code USAWAGER for a $250 deposit match on SugarHouse Sportsbook!

The Blue Jays are on a three-game losing streak after sweeping the Texas Rangers in dominant fashion. The club was outscored by a 20-8 margin against the Red Sox at home. However, things took a turn for the worse on Friday when they were shut out by the Mets.

The club is relatively healthy, unlike New York, so they have an advantage in this category. Vladimir Guerrero Jr. leads the club at the plate. He is slashing .325/.426/.669 with 32 bombs and 79 RBI.

Yet, he is just 2 for 16 in his past five games. The team needs Guerrero Jr. to hit, or they are at a significant disadvantage because of his offensive presence.

Pete Alonso won the 2021 Home Run Derby, and he has been on a terror since the break. Alonso is more critical to New York than Guerrero Jr. is to Toronto because of the limited talent in New York.

Alonso has only hit 21 bombs with a .262 batting average in 2021. However, he is 9 for 24 in his past five games with four home runs and seven RBIs. If Ryu misses a spot against the Polar Bear, the apple will be raised at Citi Field. 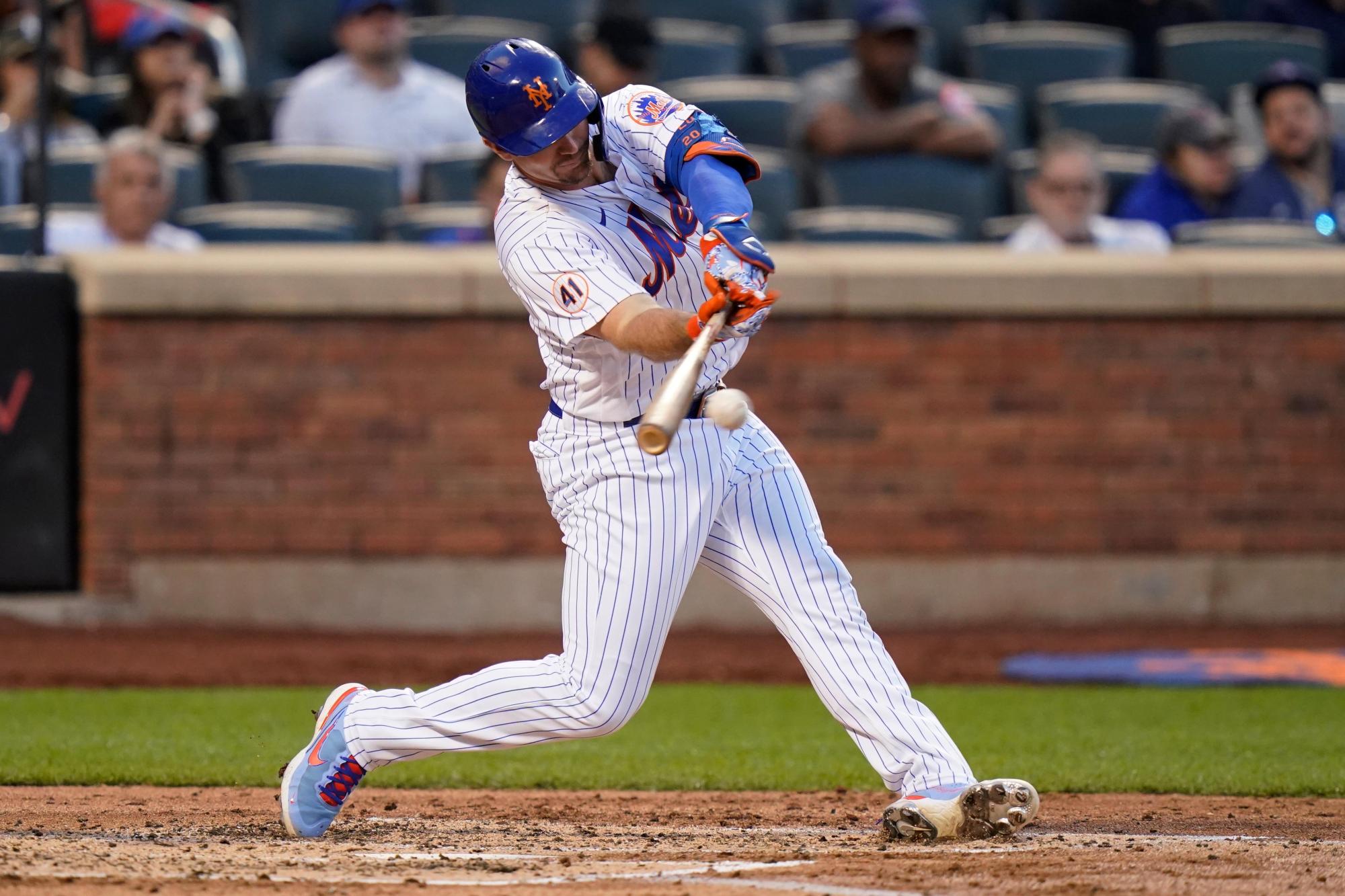 The Mets are currently without Francisco Lindor, who was starting to lock in at the dish. Lindor was placed on the ten-day IL on July 17 with a Grade II oblique strain. This makes Alonso’s role more important moving forward if the team wants to claim the National League East.

Blue Jays vs Mets: Who Wins

Blue Jays vs Mets is going to come down to Guerrero Jr. and Alonso. The Blue Jays have a better offensive roster, but they have been stagnant. Vlad Jr. needs to be the player to start the charge at the dish.

If the first baseman hits, Bo Bichette, Teoscar Hernandez, and Marcus Semien will follow. I do not think Guerrero finds any momentum tonight against Taijuan Walker.

Walker is 7-3 with a 2.99 ERA and 89 strikeouts. Walker has only allowed six homers in 2021, and this strength will lift the Mets over the Blue Jays.

I expected Ryu to pitch well and the score to stay low, but New York will earn their third straight win on Saturday night.

Tanner Kern
Tanner Kern is a former Division I football player at Lafayette College and a graduate of the University of Connecticut. He is currently a writer for USA Wager and the Sports 2.0 Network. He also contributes on knupsports.com, baseballspotlight.com, basketballarticles.com, footballtakes.com, bettingblogger.com! You can connect with Tanner over on Twitter @tannerkern_.
You might also like
MLB
MORE
Read More
11 Selecting a Winner of Each MLB Division
Previous

How Many Americans are Betting on the Tokyo Olympics? A Whole Lot…
Next