The Blue Jays came into the season not expecting to win the AL East but expecting to potentially compete for an AL Wild Card spot if things fell into place. So far this season, Toronto’s young talent has continued to develop, most notably Vladimir Guerrero Jr.and his 33 home runs and .328 batting average this season. 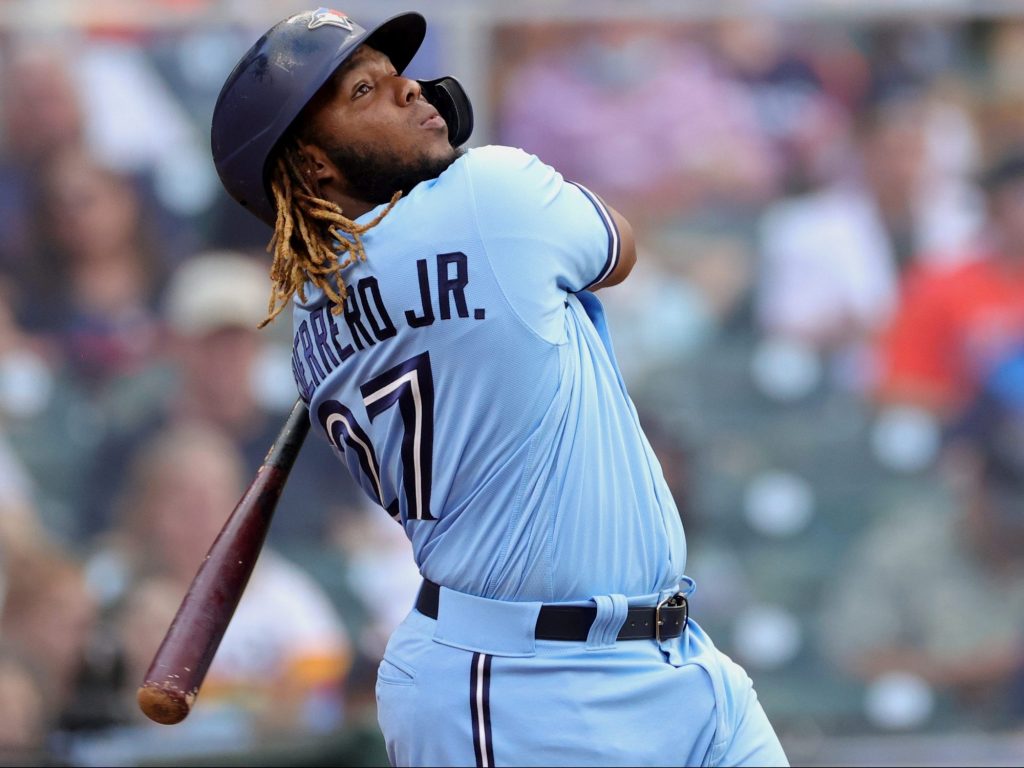 The Royals are sitting at more than 10 games under .500 and find themselves more than a dozen games out of the race in the AL Central, and don’t appear to be on the verge of trading their most valuable asset, Whit Merrifield.

Another intriguing storyline heading into Friday’s game and the weekend series as a whole is that the Blue Jays are playing their first games in Toronto since 2019. Due to the pandemic, the Blue Jays haven’t been able to play in their home city because of travel restrictions in Canada. Instead, the Blue Jays have played in Buffalo and Florida the past two seasons when they are the home team.

With the Blue Jays making their return to Canada, the expectation is that the Rogers Centre is going to be a pretty wild crowd. Here is a preview of Saturday’s game between the Blue Jays and Royals.

Taking the mound for the Royals is going to be 33-year-old lefty, Mike Minor. The 10-year veteran has an 8-8 record this season with a 5.32 ERA in his 21 starts. Minor has struggled this year in his 118.1 innings pitched but has started to put things together in his previous two starts.

Against the Brewers on July 20, Minor went six innings and gave up just five hits and a single earned run. He followed that start with another six innings pitched and just two earned runs on three hits against the Chicago White Sox on July 26. Minor has actually gone sin innings in three of his last four starts, so he appears to be figuring things out a little bit for Kansas City near the end of July.

Alek Manoah is the only player in the history of Major League Baseball to spell his first name the way he does. While Manoah might not accomplish something for the first time ever in baseball history when he takes the mound on Saturday he has been pretty good in his eight starts with the Blue Jays this season.

The Rookie has given up seven home runs in his 40.1 innings, which is an astronomically high 6.2 home runs per nine innings. So if Manoah is able to limit the number of home runs that he gives up, he has the potential to be a real difference-maker for the Blue Jays down the stretch in the second half.

What has made Manoah really successful this season is how effective he has been with his strikeout numbers. Manoah sits in the 87th percentile in strikeout rate, but even better his expected batting average is in the 94th percentile. His fastball, slider and sinker are all pretty good pitches and he is excellent at putting his slider down and away against right-handed hitters.

Manoah went just 3.2 innings in his most recent start on July 9 and gave up a pair of unearned runs against the Tampa Bay Rays.

It feels like the Blue Jays are going to have most of the momentum this weekend playing in front of a crowd that will be at a maximum capacity of 15,000 fans. Take the crowd to push the Blue Jays over the Royals all weekend and on the run line at -125 on Saturday.

Tanner Kern
Tanner Kern is a former Division I football player at Lafayette College and a graduate of the University of Connecticut. He is currently a writer for USA Wager and the Sports 2.0 Network. He also contributes on knupsports.com, baseballspotlight.com, basketballarticles.com, footballtakes.com, bettingblogger.com! You can connect with Tanner over on Twitter @tannerkern_.
You might also like
Blue JaysMLB
MORE
Read More
19