HISTORY: The Angels took two of three games in early May, but the Dodgers would win a 14-11 thriller.

Los Angeles Angels (55-54) broke .500 after winning their last three games over the Texas Rangers. The Angels are six games out from the last AL Wild Card spot, but if they can keep up this good stretch of play, they will be in the picture when September rolls around. A tough month of August lies ahead, but anything can happen in the Show.

Flamethrower Pablo Sandoval will get the start Friday night. The third-year pitcher is 3-5 on the season, with a 3.38 ERA and 87 strikeouts. He’s thrown six or more K’s in eight of his past nine starts. He had his best start of the season in his last road start, nearly tossing a complete game with 13 strikeouts.

Jaime Barria will get the call Saturday night, while rookie Reid Detmers is slated to start Sunday afternoon. Barria returned to rotation late last month, and he delivered two quality starts, only giving up two runs total. Detmers struggled mightily in his first career start against Oakland, giving up six runs in four innings of work.

Angels fans can only imagine how things would be if Mike Trout were healthy during Shohei Ohtani’s historic season. Trout has been out since May, while Ohtani has turned into a superstar. He’s the prototype, dual-threat baseball player, something we’ve never seen before.

Despite the absence of Trout and third baseman Anthony Rendon, the Angels rank fifth in the majors in batting average (.254). The infield duo of David Fletcher and Jose Iglesias has been consistent this season. Fletcher leads the team in batting average (.307) and hits (128). Iglesias is batting .269 in his first year in Los Angeles.

Veteran outfielder Justin Upton remains a powerful threat at the plate, while Adam Eaton has been a solid addition since coming over from the Chicago White Sox last month, and he homered yesterday in the win over Texas. 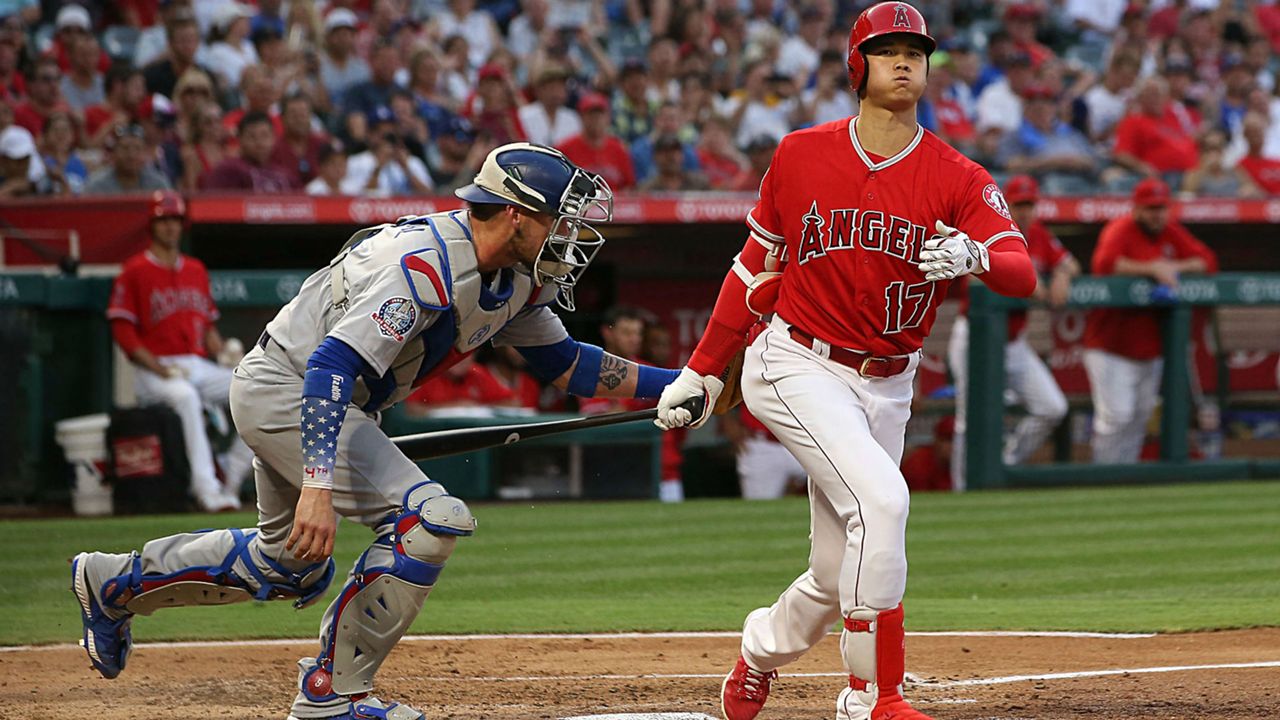 Dodgers Look to Close in on NL West Lead

Los Angeles Dodgers (65-44) remains in the thick of the NL Playoff picture, and they were aggressive at the deadline, bringing in a few good pieces in their quest for a repeat. After getting blanked by the Houston Astros in the first game, they responded with a hot start in Max Scherzer’s Dodger debut. LA scored runs in each of the first three innings, en route to a 7-5 victory. They enter this crosstown series with a manageable month of August ahead, so watch for the defending champs.

Former Cy Young winner David Price will get the bullpen start this Friday. He struggled in his last start on the road against the San Francisco Giants, but he was solid in his two starts against the upset-happy Colorado Rockies. Price is 4-1 on the season, with a 3.55 ERA and 44 strikeouts.

Dave Roberts will send two studs to the mound this weekend in Julio Urias and Walker Buehler. Urias is in the midst of a breakout season, and he’s tied for the NL lead in wins with 13. Buehler is coming off just his second loss of the season, and he’ll almost certainly bounce back with a win Sunday with Detmers pitching on the other side. Buehler leads in NL in ERA (2.16), and he’s 11-2 on the season.

Los Angeles ranks among the league leaders in offense. They rank fifth in homers (151), second in total runs (567), and third in on-base percentage (.339). They’ve been hit with the injury bug, but they’re deep, and the bats keep swinging.

Outfielder Mookie Betts has caught fire at the place and homered twice in their win over Houston. The infield duo of Justin Turner and Chris Taylor has been great, and the addition of Trea Turner will only make things better. JT homered twice against Arizona, while Taylor has recorded multiple hits in three of his last five games.

Max Muncy has stepped up in Corey Seager’s absence, and he leads the Dodgers in home runs (22). AJ Pollock is having the best season of his ten-year career, and he’s on a twelve-game hit streak. Albert Pujols will likely have some kind of impact on this three-game set, and he’ll be out for revenge after the Angels released the future Hall of Famer in May.

The Freeway Series always gives us good baseball. This star-studded battle will be huge for the Angels, as they have fought their way back into the AL Wild Card picture. The Dodgers will be tough to beat with Julio Urias and Walker Buehler in games two and three, so the Angels will need to steal this first game with Sandoval on the bump. It’s very hard to bet against the Dodgers, but with the pressure looming over the weekend, take the Angels to win game one, but invest more into the over with these two explosive teams.

On Saturday and Sunday, look for the Dodgers to pick up victories and take the run line Sunday with the Angels sending a rookie to the mound.

Corey Ghee
Avid sports writer and bettor. VCU Alum. Dodgers Fan. Cameron Crazy. Longhorn Football. James Harden Advocate. 4x Fantasy Football Champion. I love the game of basketball but I serve a diverse perspective of sports, from court to field to pitch to diamond to ice to clay. There’s always a decision, and a profit to be made. I’m here to help and learn along the way. Spreads, lines, totals, let’s win together.
You might also like
Betting PickLos Angeles AngelsLos Angeles DodgersMLB PicksMLB
MORE
Read More
44