A huge day of racing at Arlington Park is set for Saturday, with three Grade 1s on the agenda. The $600,000 Mister D Stakes is the most lucrative of the races, as a field of ten is set to go to post. The race, formally known as the Arlington Million, is run over 1¼ miles. 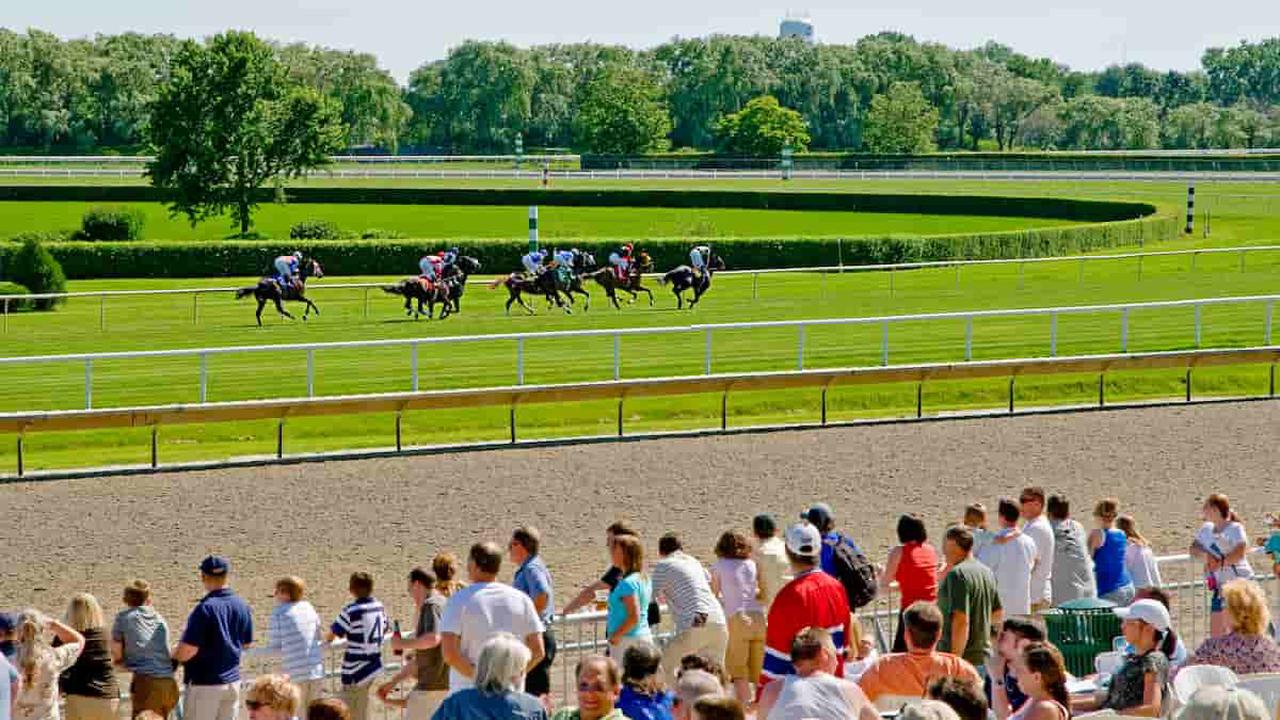 Domestic Spending will be the red hot favorite for the Mister D Stakes this weekend, as Chad Brown looks for a fourth straight win. The four-year-old has won six from seven, with his only defeat coming in the G2 National Museum of Racing Hall of Fame. He has won two straight Grade 1 races this year, with his most recent victory coming in the G1 Manhattan to give him a speed figure of 119. Domestic Spending will be very short in the betting but undoubtedly is the one the field needs to beat.

Aidan O’Brien ships over Armory for the Mister D Stakes this weekend, and he comes into this with strong credentials. The four-year-old was beaten by Magical last year in the G1 Irish Champion Stakes and G1 Tattersalls Gold Cup but was excellent earlier in the season, winning the G2 Huxley Stakes. He has been beaten on his last two starts, but those both come against supremely talented horses in Love (G1 Prince of Wales’s Stakes) and Bangkok (G1 York Stakes).

Trained by Larry Rivelli, Bizzee Channel will be looking to give the leading trainer a first Grade 1 victory at Arlington. The five-year-old comes into this after a pair of wins, with his most recent success in the G3 Arlington Stakes. He will need to improve further on that display to seriously trouble the top two in the betting, but he certainly has some ability.

Zulu Alpha was well beaten on his return in the Arlington Stakes by Bizzee Channel, as the Michael Maker horse could only finish fifth. However, a strong backlog of form does suggest that he could have claims in this. He won in the Pegasus World Cup Turf in 2020 and followed that up with wins in the G2 Mac Diarmida and G2 Elkhorn.

Hugh Robertson-trained Two Emmys has been unlucky on his last three starts, finishing second on all occasions. He was runner-up behind Bizzee Channel in the Arlington Stakes and was also second in the G2 Muniz Memorial at Fair Grounds earlier in the season. A record of one from five starts this season isn’t encouraging, but he has finished second on three from five starts.

Glynn County was last seen finishing fifth in the G1 United Nations at Monmouth Park in July. He has won two from four starts this season, but those victories have come in ungraded contests. It would seem a push for him to be in contention against these classier horses.

Big Dreamer tasted success last time out in an allowance optional claiming at Ellis Park. However, that was just a fourth victory in eight starts. He is yet to line up in a Graded race, which does make him an unknown quantity, but to suggest that he would win this Grade 1 is unlikely.

Strong Tide will be making his eighth start of the season in the Mister D. Stakes this weekend. He has won two from seven, with both victories coming in allowance optional claiming races at Oaklawn Park and Churchill Downs. The Michael Lauer-trained horse was fairly impressive in the G3 Louisville Stakes when third in May. However, that was followed by an eighth in the G2 Belmont Gold Cup and a sixth in the Jonathan B. Schuster Memorial Stakes.

Five-year-old Another Mystery was third in the G3 Arlington Stakes last time out, which was a step up from his third in the Douglas Park Overnight Stakes. His Arlington Stakes run was a strong showing, but it is unlikely that he has the prowess to seriously trouble the leading contenders in the race this weekend.

Space Traveller returns to the US this weekend for a first run in the States with trainer Brendan Walsh, after running his last five races in England. He was sixth in the G1 Qatar Susses Stakes at Goodwood at the end of July and was eighth in the G2 Betfred Summer Mile Stakes. Hard to see any improvement from his Susses Stakes run.

For more in-depth previews of the action on the track, check out the Horse Racing Preview show on the Sports 2.0 Network.

Alex Dudley
Alex has been writing about sports for over ten years. His main sporting passions are soccer, cricket, boxing and horse racing, and regularly attends events across the United Kingdom. After graduating from Anglia Ruskin University, he started travelling around the world and writing sports- combining his two main loves. Alex supports Manchester United, and his favorite racecourse is Cheltenham. He also hosts the Sports 2.0 Network Horse Racing preview every Friday.
You might also like
Betting PickHorse Racing picksHorses
MORE
Read More
44