With the US Open coming upon us, the Memorial Tournament presents a great opportunity for professional golfers to make one last tune-up before teeing off at the highly anticipated major. The tournament will take place at Muirfield Village Golf Club in Dublin, Ohio, beginning this Thursday, June 3.

The most recent winner of the Memorial Tournament, Jon Rahm, enters Thursday as the 10-1 favorite. Other contenders to win the tournament include other big names such as Rory McIlroy (14-1), Jordan Spieth (14-1), and Bryson DeChambeau (14-1).

The Memorial Tournament is an event regarded as one of the most prestigious non-majors throughout the PGA Tour season. Looking at the field of players, it seems it will be another year in which the tournament meets or may even exceed expectations. Justin Thomas, Collin Morikawa, Patrick Reed, Viktor Hovland, and many others join those four players previously mentioned in headlining the Memorial Tournament this weekend.

The course being played is a 7,392-yard par 72 beast in Dublin, Ohio. The challenging course features extremely thick rough, and lightning-fast greens. Designed by Jack Nicklaus and constructed in 1974, Muirfield Village Golf Club will not be an easy task for the best golfers around the world.

Gambling on golf is equivalent to shooting a basketball while blindfolded. Just shoot your shot, and hope for the best.

Seriously, there are over 100 golfers in a tournament, and you’re challenged with the decision of picking one winner. That’s why golf is one of the most popular sports to gamble on. It’s like the lottery, if you win, then you win massively.

Each weekend of golf is different from the previous tournament that was played. A different field of players, a changed layout of the course, weather conditions, and more all factor into who the winner will be that weekend.

Any PGA golfer is capable of putting together their best round throughout their career and following it up with their worst score ever. The game can change in the blink of an eye with someone putting the ball in the water or missing an easy putt. It’s just the way the game goes. 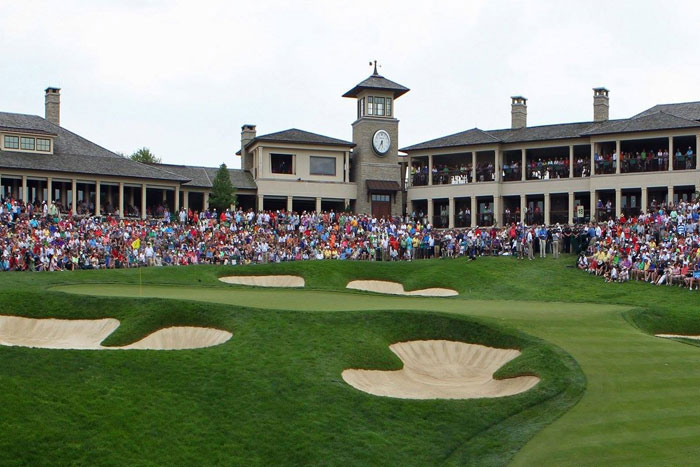 Making a Case for the Top 2 Golfers

Finishing anything other than 1st place last weekend at the Charles Schwab Challenge was considered a failure for Jordan Spieth. Leading the field through the first 3 rounds, it seemed Spieth was destined to win. Jason Kokrak put a dent in Spieth’s plans, beating him out on Sunday to capture the victory.

Although Spieth may have lost that one tournament, the spotlight continues to shine on him as this golf season has been one to remember for the Dallas native. A couple of years ago, we were never sure we would be able to witness the golfer he once was. This season, he answered all questions with his actions and just competed tournament after tournament placing high on the leaderboard.

Look for Spieth to make some noise at the Memorial Tournament this weekend as it seems he has found that putting stroke and smoothened out his irons.

Bryson DeChambeau has arguably become the most fun golfer to follow around the course when he’s playing, especially when he’s playing well and is using that driver to clear water 350 yards away from the tee box.

DeChambeau could definitely use a tune-up before the U.S. Open, and that’s what he’s getting here by competing in the Memorial Tournament. Recently, it’s his short game that requires the most attention as he’s nailing putts by the hole and leaving his chip shots a bit too short.

Everything about Bryson’s game is unique in the sense that it goes against everything a child is told when perfecting his/her golf swing. Tour professionals may advise you to relax your arms or bend your knees a little more. Bryson Dechambeau is the complete opposite of that as he stands there stiff with his arms and legs straightened.

I anticipate for Bryson to get his game together in Dublin, Ohio, and put on a show for the audience. People watching around the world know what he’s capable of; now it’s just about the man behind the club going out there and executing it to perfection.

The field of 120 players is stacked for this season’s Memorial Tournament. While it may not be considered a major, it sure has that feel to it that something memorable is going to take place.

Aaron Aboodi
Born in Scarsdale, New York -- he grew up a big Rangers, Yankees, Giants, and Knicks fan. Confident in his knowledge of all sports, but considers himself an expert in the NHL, MLB and NFL. He participated in varsity hockey and golf throughout his four years of high school. Currently enrolled at the University of Miami.
You might also like
Golf picksPGA Toursports bettingGolf
MORE
Read More
9