With the 2021 Open Championship a little less than a couple of weeks away, the majority of the world’s top golfers decided to sit out for the upcoming John Deere Classic. We’re lucky to have gained this tournament back on the PGA Tour as it offers a final tuneup for those who take advantage of the weekend.

The 7,268-yard, par 71 TPC Deere Run is located in Silvis, Illinois, and presents the opportunity for any golfer to score extremely low this weekend. TPC Deere Run isn’t the typical PGA Tour course that features narrow fairways and impossible greens. It will likely boil down to who can putt the best out of the field?

The field this week, although not nearly as talented as prior weeks, still includes some of the tour’s previous winners. 156 golfers will participate, including Daniel Berger, Brian Harman, Sungjae Im, Russell Henley, and Kevin Streelman. Let’s take a look at which golfers enter the week with the highest chance of winning the John Deere Classic. 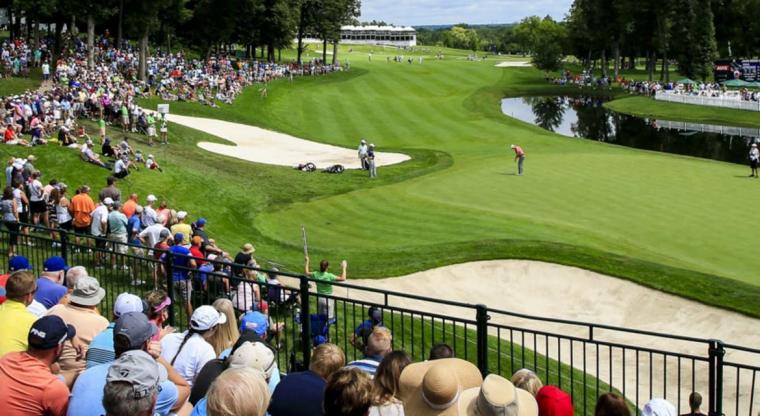 With the 2021 Open Championship a little less than a couple of weeks away, the majority of the world’s top golfers decided to sit out for the upcoming John Deere Classic.

If it weren’t for the heroics of Cameron Davis late in round four to send the Rocket Mortgage Classic to a playoff, Troy Merritt would have had no problem coasting to his third PGA Tour victory. Placing runner-up last week makes Merritt a strong value pick for this weekend starting at (+4000).

His performance this past weekend may have seemed to come out of nowhere, but in reality, he’s been building up his ability to compete all season. In 2020-21 he has four top-10 finishes as he consistently drives the ball to the fairway and sticks the greens in regulation. TPC Deere Run features wide fairways that Merritt will be able to pick a point and land his ball in the general area giving him a fairly simple approach shot.

How often do you see the player with a hole-in-one in the tournament at the top of the leaderboard? Usually not that often, but Merritt was right there the entire time after his ace. This will be Merritt’s 9th trip to the John Deere Classic with not much success in the past, as a 20th place finish in 2014 serves as his best appearance. Disappointed with last week’s outcome, I anticipate Merritt to enter the weekend on a mission to win this tournament.

Henley enters the weekend playing some of the highest quality golf we’ve seen around the tour this season. Ranking 2nd in the field on approach in his past 24 rounds plays a big role as to why Henley is coming off back-to-back top 20 finishes.

There’s no denying the weakest part of his game comes at the tee box as he struggles with the driver. However, TPC Deere Run will play to his favor with easy-to-hit fairways and basic approach shots.

Currently, Russell Henley has three wins on the PGA Tour. Perhaps, it could be at four if the John Deere Classic weren’t canceled due to COVID-19 last year as he finished in 2nd place back in 2019. Clearly, Henley is familiar with the course and its layout.

It wouldn’t come as a surprise if Henley was able to dominate the field and take an outright lead after round 1 and never look back. If his approach and putting game stays as hot as it’s been in the most recent weeks, then Henley should have no problem capturing that 4th PGA Tour victory.

Aaron Aboodi
Born in Scarsdale, New York -- he grew up a big Rangers, Yankees, Giants, and Knicks fan. Confident in his knowledge of all sports, but considers himself an expert in the NHL, MLB and NFL. He participated in varsity hockey and golf throughout his four years of high school. Currently enrolled at the University of Miami.
You might also like
Betting PickGolf picksPGA TourGolf
MORE
Read More
10