An ACC matchup is set to take place on Saturday afternoon as the Wake Forest Demon Deacons are hosting the Duke Blue Devils at Truist Field. While this contest is not expected to be a close one, the Demon Deacons put their undefeated line on the mark. Wake looks like the favorite to win the ACC and they have made their way to the top in a not-so-ordinary fashion.

Duke enters this game coming off three straight losses and this all comes without seeing any of the top teams in the conference. Duke has had a very up and down season after dropping their opener to Charlotte before running off some wins in non-conference games.

The Demon Deacons have had a weird season, coming off a win in which they gave up 56 points. The Deacons continue to escape football games and with the season steadily closing will have to get their defense figured out. 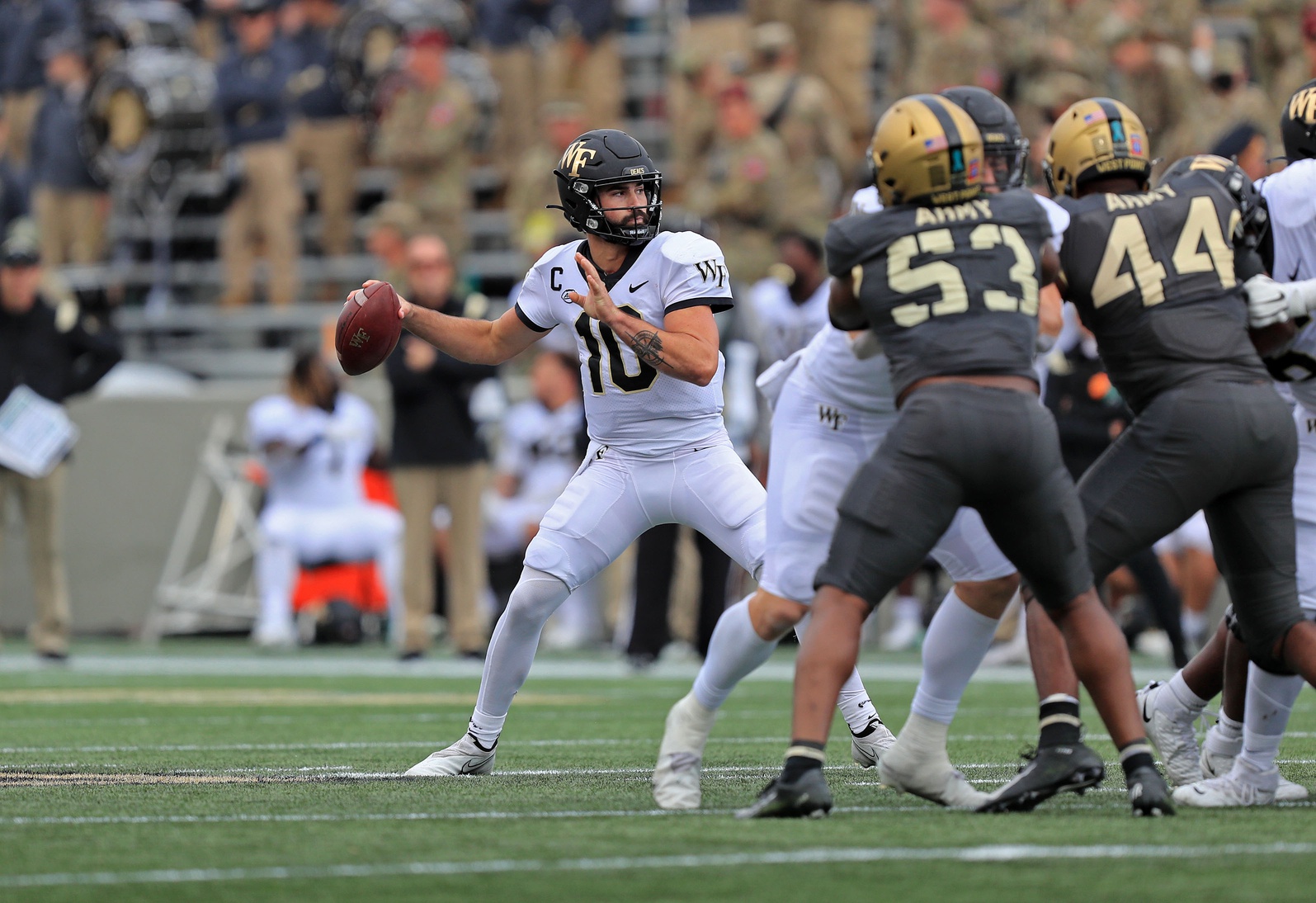 The Blue Devils don’t have a good enough defense to withstand the first power the Demon Deacons feature but the Blue Devils can run well enough to keep this game fairly close.

The same can be said on the opposite side of the ball but Wake has an explosive offense that can put points on the board in a hurry.

Duke has some blowout losses this season that includes a 48-0 disaster to Virginia and a 38-7 drubbing to North Carolina. While they should keep this game for at least a quarter, Wake will pull away and cruise from the second quarter on.

A plus for the Blue Devils is history is on their side heading into this contest. Duke leads the all-time series matchup 58-40-2. Last season due to Covid-19 these two did not have a chance to play one another making it the first time since 1966.

Duke might have the edge based on history but it’s going to take a great effort, especially on the defensive end if they want to walk away with a huge upset on the road. Wake Forest has won two consecutive games and three of the last four times they have met.

For as good as the Demon Deacons might be, this team doesn’t do a sound job of controlling the clock and has had issues with defending the run. Over the last four games, Wake has given up over 500 yards of total offense.

Wake does a great job of taking care of the ball but they are not great at answering scores with their own drives. Despite all the defensive issues at handling the run, they are solid at defending the pass and getting pressure on the opposing quarterback.

This game will feature a ton of offense, but it will mostly be on the Demon Deacons side. Be safe and take the under in this game. Duke will have some high points and get on the board but this game will be under 71. Baylor vs Texas Prediction & College Football Odds for Week 9
Next