Bellator action is back at Mohegan Sun in Uncasville, CT, this Friday, July 15th for Bellator 262.

Undefeated Bellator featherweight champion Juliana Velasquez will take on Denise Kieholtz in a 5-round main event title fight. Velasquez will be making her first title defense since winning the belt in a unanimous decision victory over Illima-Lei Macfarlane.

Juliana Velasquez has started her pro career with a perfect 11 straight wins. She has finished 4 fights by knockout and one by an armbar submission. She is well versed on her feet and on the ground, but she has not faced a striker like Kieholtz.

Denise Kieholtz comes from a kickboxing background and is a former kickboxing champion. She holds a 6-2 record as a pro mixed martial artist. She is currently on a 4-fight win streak and possesses the power to knock out any woman in the featherweight division.

Kieholtz has 2 wins by knockout and 3 by submission. Despite her kickboxing background, she has landed 3 different submissions. 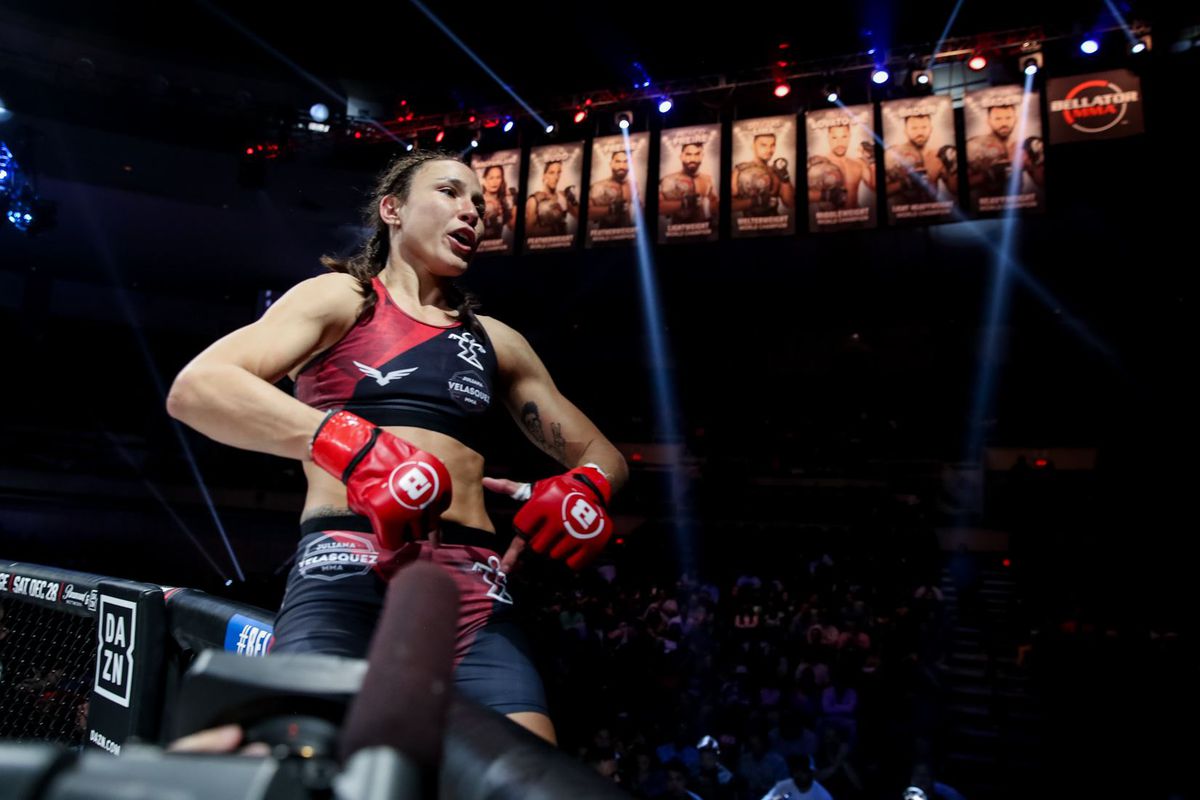 Bellator action is back at Mohegan Sun in Uncasville, CT, this Friday, July 15th for Bellator 262, as undefeated Bellator featherweight champion Juliana Velasquez will take on Denise Kieholtz in a 5-round main event title fight.

I think this is going to be an amazing fight that can play out in countless different ways. Both women can grapple, both have submission wins, and both have knockouts. Velasquez has said in interviews this week she is ready to stand toe to toe and strike with Denise. She has even expressed that her expectation is a knockout victory.

Denise has countered by stating she is not impressed with the standup game of Juliana. She believes she has fought competition of greater caliber than Velazquez in her kickboxing fights. I have been very impressed with the submission game from Kieholtz, but I don’t expect her to try much with Juliana.

Even with the many options, I think the fight is going to play out on the feet, and I think there is value on Kieholtz at 2.5/1 odds. She has more striking experience and has shown she can handle herself on the ground. With that being said, if the fight does end up on the ground, I can see it going in Juliana’s favor.

This is an extremely hard fight to bet with Juliana at -350 odds, so I would take the value with Denise Kieholtz. Look for the fight to be stopped as well, as I do not see it going more than 4 rounds.

Vincent Graziano
I currently attend the University of Miami; pursuing a BSBA in Business Analytics with a double minor in Sports Administration and Finance. I live in Middlebury, Connecticut. I am a member of the Data Analytics Student Association at UM. I am currently employed as a caddy at the Country Club of Waterbury. My interests include all sports, especially golf football and mixed martial arts. I am also currently in the process of creating my own golf merchandising company.
You might also like
BellatorMMA PicksBoxing/MMA
MORE
Read More
67