New York City FC, fresh off their new highlight signing, will look to take down the Columbus Crew on Saturday, May 22. The NYCFC vs Columbus Crew match-up will be staged in Red Bull Arena with a 7:30 EST kickoff time. Neither of them is technically at home, so home-field advantage does favor NYCFC, but it is set as neutral of a ground as one can currently find.

New York City FC is off to a very good start this year and has been successfully carrying onto their normal early-season success. The Crew, on the other hand, are not performing like a team that won the Major League Soccer (MLS) Cup last year. It is, of course, early in the season, and NYCFC’s eight points do not say much about how they will perform for the rest of the year, but the Crew’s five points and -1 goal differential beg some questions.

NYCFC succeeds when they finish well. Their biggest issue, which was very prevalent last year, was they would enter the final third in fantastic fashion but just were not able to find a finished product out of their attacks. They would not shoot; they would overpass; they were completely unable to find the back of the net. This was majorly due to their lack of finishing prowess at striker, but with Valentín Castellanos having a great start to the season, NYCFC looks to have sorted out their problems.

NYCFC wins this by continuing to finish their attacks. They need to make sure they are threatening upfront and not leaving hollow attacks. Work the ball up the front and through their very talented center of the field and end with a shot. As long as they make sure defenses and goalies know NYCFC can be dangerous, they will score goals. And that is their issue. Defense is not a worry as of late for NYCFC; they just need to sort out their attack. 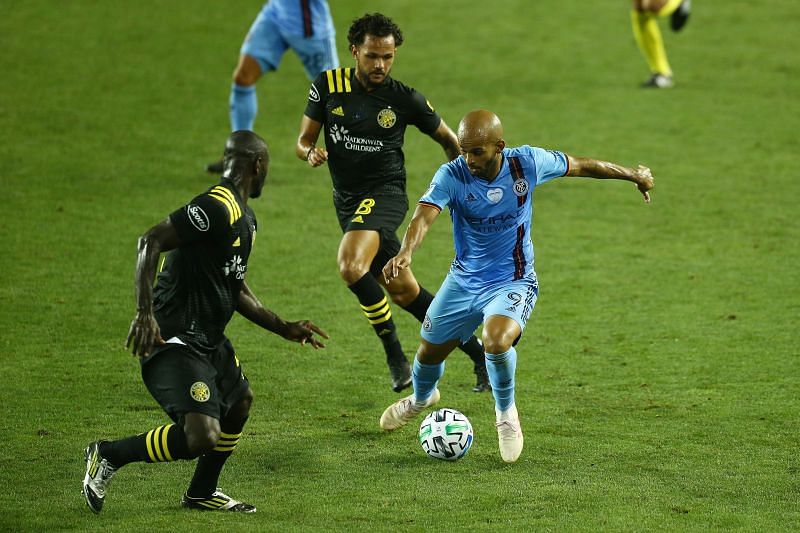 The Crew need to capitalize on NYCFC’s inability to score. New York’s defense is not weak by default, but they will make mistakes, and the Crew have shown in past years their ability to really damage teams for making mistakes. If the Crew want to take a point or three away from NYCFC this Saturday, they need to show that they are able to get the job done in front of goal. Too many scoreless games have passed the Crew by this season, and this needs to be desperately sorted if they want to win this game and many more this season.

The Crew are off to a poor start to this season and have shown little signs of righting the ship. Their attack was deadly last year and have been far from that this season. NYCFC’s defense is no easy line to beat, so if the Crew want a chance at a draw or a win, they need to find their way to the back of the net. Unfortunately, this seems far-fetched, and NYCFC should continue their hot streak with a win or, at the very least, a draw in Red Bull Arena. LeoVegas Coming to New Jersey Through Caesars
Next