The Seattle Sounders are having themselves a season. They are at the top of the Western Conference with 29 points, which is the highest point total out of any team in Major League Soccer, and are showing no signs of slowing down. Most analysts have them first in the power rankings, and I agree. In fact, this Sounders team now has a record with their most recent result. With a 2-0 win against the Houston Dynamo on July 7, the Sounders now own the MLS record for the longest unbeaten streak to begin a season at 13 games.

Manager Brian Schmezter called it a “mini record,” and this is just the way to look at it. Talk of an undefeated season is, for starters, too early on, and more importantly, the Sounders have a lot of players missing in their squad. Stefan Frei, Nico Lodeiro, and Jordan Morris are all out long-term and are arguably the Sounders’ best players. And then the rest of the Sounders’ backbone, especially defensively, will be out with the USMNT and co. at the Gold Cup for the near future.

Next on their docket is Minnesota, Austin, Sporting KC, and San Jose, so while doable, it is not necessarily a light part of their schedule. Sporting will be the biggest test. They have the second-most points in the MLS and have been the only team to surpass the Sounders in the standings at one point. This could be a big opportunity for the Sounders to convince themselves that a completely undefeated season is possible. 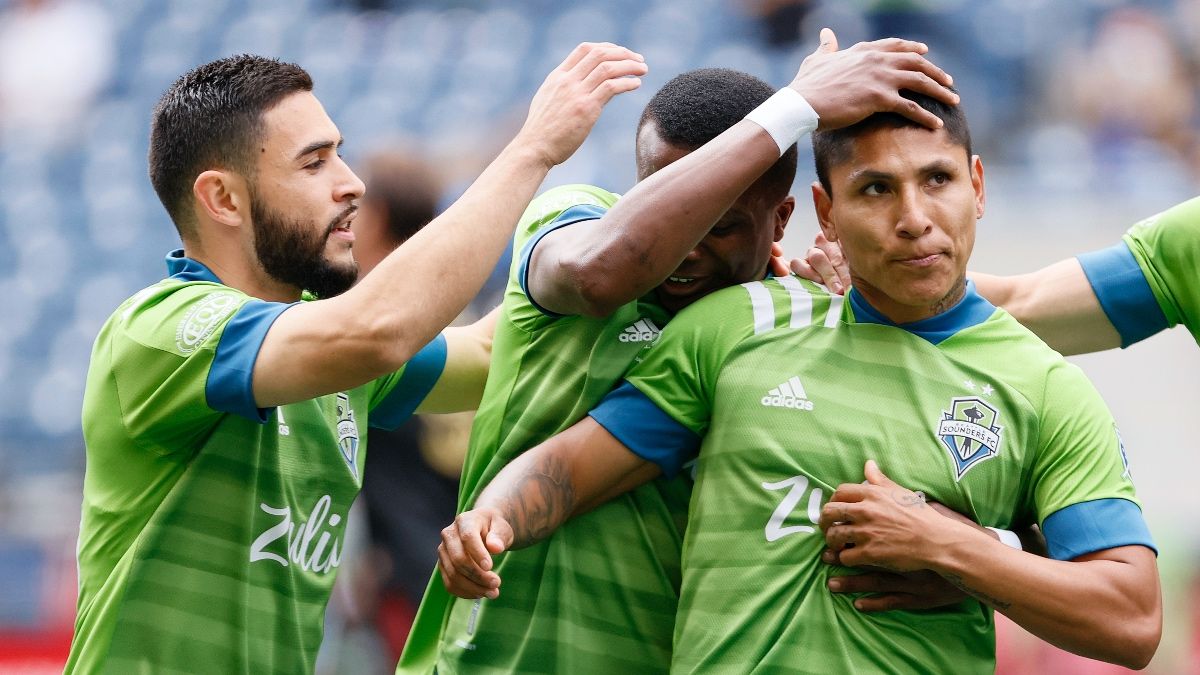 The Seattle Sounders now own the MLS record for the longest unbeaten streak to begin a season at 13 games.

I mean, probably not. I don’t think anybody expects them to go the entire season without losing a game, but nobody ever expects anyone to. However, the Sounders have been squeezing wins out of these last few games. They needed an 88th-minute penalty to beat Real Salt Lake and let Vancouver take away a point in a 2-2 draw. Beating the Dynamo 2-0 to set the record was more fitting for an undefeated team.

It might seem like it all comes down to if Raul Ruidiaz can keep up his Superman-like form. Scoring 10 goals in 13 games is tied for first place in the MLS. However, Ruidiaz only accounts for 43% of the Sounders’ goals this season, which is a lot, but a team that has scored 23 in total over 13 games is in decent shape. Especially considering that team has only given up eight goals as well—an MLS best. When it comes to getting it done on all sides of the ball, the Sounders are a perfect example. They have the best goal differential in the MLS with 15.

The MLS is also not set up for an undefeated season. It is built so that every team in the playoffs has a chance. You don’t just play a regular-season like the European leagues and win the championship based on points totals, you have to go through a playoff where you face better and better teams, and none of those games can be draws. A winner has to move on to the next round. The setup makes it all the more difficult, but it just means an undefeated season would be all the more impressive.

Jack Cohen
Jack Cohen is an avid sports watcher and writer. After a collegiate career playing Soccer, he remains closely intertwined with the sport, following all major domestic leagues and international competitions. He is a New York sports fan through and through, sporting the uncommon combo of NYCFC, Nets, Jets, and the Yankees. He is forever grateful to the Jets for teaching him how to have unconditional optimism in the face of consistent disappointment.
You might also like
MLS PicksSeattle SoundersSoccer
MORE
Read More
14