The Louisiana State Gaming Control Board (LGCB) announced Friday that two more betting licenses were granted to sportsbooks to be run at casinos. In this case, the announcement confirmed that the licenses were being awarded to the sportsbooks located at Margaritaville Resort and the Boomtown Casino. The news comes as newly submitted applications still await a final revision and approval, not just from the Gaming Control Board, but from the State Police as well.

This announcement brings the count to six officially state-approved licenses as more applications are expected to be submitted before the year ends. According to Ronnie Johns, chairman of the LGCB, five more licenses are still on hold, given that the board also needs to obtain official approval from the State Police.

Margaritaville’s and Boomtown’s licenses were announced a week after two additional approvals were recently awarded. Golden Nugget and L’Auberge Casinos also obtained permits to begin their gambling operations. However, Board Chairman Johns stated that licenses granted in 2021 are valid for only six months. Permanent gambling licenses are expected to be offered in 2022.

In terms of sportsbooks, the count now stands at nine fully licensed operations in the state. The first operation that began taking on official bets was Paragon Casino, located in Marksville. This last is run by the Tunica-Biloxi Tribe and, as such, is not regulated by the LGCB.

It was last fall when the attempts to confirm the legalization of gambling began to materialize in legal actions. Public voting was held amongst parishes across the state and in 55 of 64 total state communities, sports betting was passed. Although this was a first strong step, it still left room for more ample legal formalizations to take place.

Subsequently, lawmakers began a meticulous process to define all legal codes and tax reforms that would apply to gambling within state boundaries. This was all done for 2021; however, online gambling remains untouched and is not expected to start operating until the first days of the following year. 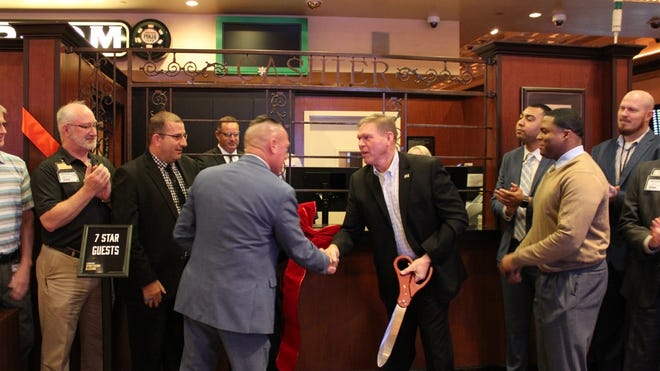 According to Johns, the original strategy to open the state to sports gambling was drawn on paper a bit differently. Given that casinos are organizations that have undergone official police investigations, it made sense for these to become the first ones to be granted permits. Online operations, on the other hand, have not yet been fully reviewed and required final approval by authorities.

It’s expected that online betting will be up and running in the state by early 2022. However, Johns stated that vendors that work with gambling websites and apps must be checked and validated by the State Police, as well.

With these last approvals, in addition to opening mobile betting, authorities will also grant casinos the right for bettors to wager inside their locations via their phones and computers. As to other businesses such as bars and restaurants, an alternative is also being offered. The idea is for sports betting kiosks to be set up in these locations to allow for customers to securely place their wagers. This last proposal, however, is controlled and regulated by the Louisiana Lottery. Efforts to Legalize Sports Betting in Maryland is Experiencing Even Further D...
Next