North Carolina State was in a dominant position in the College World Series. After wins against Stanford and Vanderbilt, the NC State Wolfpack were up 2-0.

This meant that it would take two straight losses to Vanderbilt for NC State to be sent home. Unfortunately, it only took one loss with half their team to send them home. The Wolfpack were sent home the next day due to COVID-19 issues within the program.

NC State was having a historic season in 2021. After starting the season 16-13, the Pack started to turn things around with a five-game win streak and a 12-2 stretch to finish the regular season heading into the ACC tournament.

State beat Georgia Tech 8-1 to advance them to their first ACC title game since 1992. They lost a 1-0 nailbiter to Duke, who won their first title in 60 years.

The Wolfpack then got through the Ruston, LA regional with a win against Alabama and back-to-back wins against No. 17 LA Tech to head to the Super Regionals.

NC State would head to Fayetteville, Arkansas, to face off against No. 1 Arkansas.

The Pack looked overmatched in the first game against the undisputed best team in college baseball. No. 1 Arkansas had been dominant throughout the year, winning the SEC tournament along with not losing a single conference series all year.

The Hogs beat State 21-2 in game one, and it seemed like NC State’s magic had run out. As they had done all year, though, the Pack fought back and earned a 6-5 win in game two with a big four-run fourth to push them to an elimination game.

NC State seemed poised to win and advance to the CWS before Arkansas’ Cayden Wallace hit a 7th inning home run to electrify the crowd and, more importantly, tie the game 2-2.

Then in the top of the ninth, Jose Torres, who was 0-3 on the day, homered to left field off of Kevin Kopps to send the Hogs packing. Kopps had been far and away the best pitcher in college baseball in 2021. Kopps was left in the game just a little too long, and NC State made him and the best team in baseball pay, winning 3-2.

North Carolina State was headed to their third ever CWS appearance ever, and after two games in Omaha, they were up 2-0 with one more victory putting them in the championship series, then disaster struck.

On June 25th, before their second game against Vanderbilt, the Wolfpack were pulled into the locker room and told there had been some positive COVID-19 tests within the program.

45 minutes before the game was set to start, Garrett Payne was told he would start on the mound.

Eight players contracted the virus leaving 13 guys on the roster that were allowed to play.

Head coach Elliot Avent was told they could either play with 13 guys or forfeit. He proposed the question to his team, they responded in “six seconds,” the answer was yes.

Those 13 guys played valiantly and had a few chances of winning the game before falling 3-1.

The next day the team was sent home by the NCAA after four more players tested positive. This ended a historic season in such frustrating circumstances for NC State and left many people questioning the decision from the NCAA.

The players reportedly had the new Delta variant of the coronavirus, which has been described as highly contagious, more so than the original strain.

“We understood,” NC State chancellor Randy Woodson said in a video the school distributed via social media. “We all know that when we have eight test results on a team of this size, that are all traveling together, living together, eating together, we know what the results are going to be.”

Avent had mentioned a “bug” that was going around the team after their 1-0 win against Vanderbilt, but the NCAA claims they did not use that comment as means to begin probing the program. 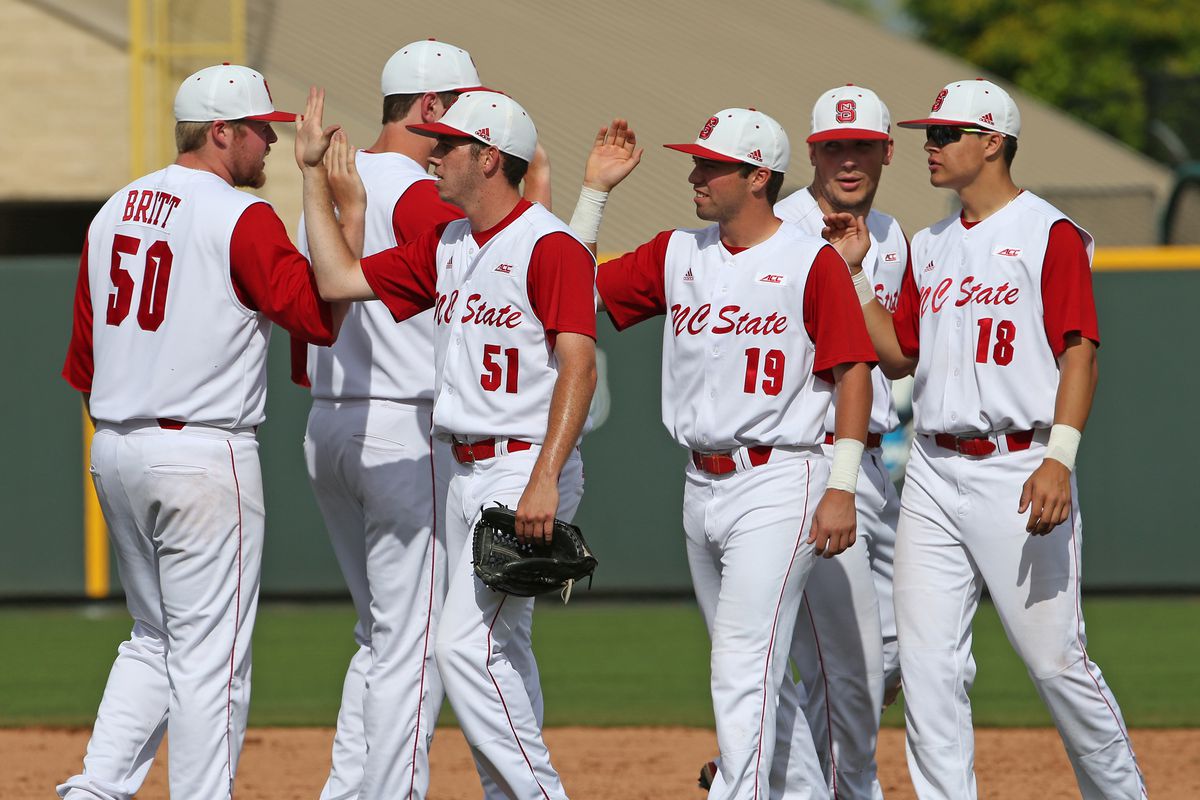 North Carolina State was in a dominant position in the College World Series. After wins against Stanford and Vanderbilt, the NC State Wolfpack were up 2-0.

Following the team’s departure, There was major backlash on a tweet from the NCAA that lacked awareness of the situation, noting the attendance of the next game at Omaha.

This caused many fans to rip the NCAA for their decision to send NC State packing with 20,000+ fans in the stands.

North Carolina lawmakers are now demanding answers from the NCAA about their decision to end the Wolfpack’s season.

Rep. Jeff McNeely led the charge to pen a letter to NCAA President Mark Emmert and those in leadership questioning if the organization actually followed COVID-19 protocols and relayed their thoughts about the lack of transparency surrounding the decision to test certain players.

They are also asking the NCAA to formally apologize to the program for “callously denying them their well-deserved position in the College World Series.”

There were a total of 60 Republican lawmakers that signed the letter, including three house Democrats.

McNeely described the decision to write the letter as being “watchdogs” for their citizens and that if anything unfair happens to them, they deserve justice.

Though the letter is largely symbolic support for the citizens of North Carolina and their love of baseball, they do have a point.

The decision to begin testing players and the subsequent decision on who they would test haven’t been fully explained.

It does seem fair to the players and fans to lay out the decisions that were made before ultimately denying the Wolfpack a chance for their first-ever national championship.

The NCAA hasn’t been doing well in the public eye, and it seems as though they might not release the full story on this issue to avoid even more bad press after losing unanimously in the supreme court to allow athletes to benefit from their name, image, and likeness (NIL).

Whenever the full story from this Omaha fiasco is explained, it still won’t change the fact that North Carolina State had a magical year that was unfortunately cut short. Who You Should Pick in Each College Baseball Super Regional
Previous

Italy vs Spain Prediction
Next