Philadelphia may be known as “The City of Brotherly Love” to some, but the city is also known to have some of the wildest sports fans in the entire world, and that is not necessarily a good thing.

The latest instance happened on Wednesday night, as a stupid fan dumped popcorn on Russell Westbrook while he was exiting the floor due to an injury in Game 2 of the Washington Wizards’ series against the Philadelphia 76ers. It was literally adding insult to injury.

Westbrook responded by trying to go after the fan, as a heated Westbrook had to be held back by multiple people during that exchange.

“To be completely honest, this s— is getting out of hand, especially for me,” Westbrook said. “The amount of disrespect, the number of fans just doing whatever the f— they want to do — it’s just out of pocket. There are certain things that cross the line. In any other setting, a guy was to come up on the street and pour popcorn on my head, you know what happens,” says Russell Westbrook

That wasn’t the only instance of a fan harassing a player that happened in the NBA this week. 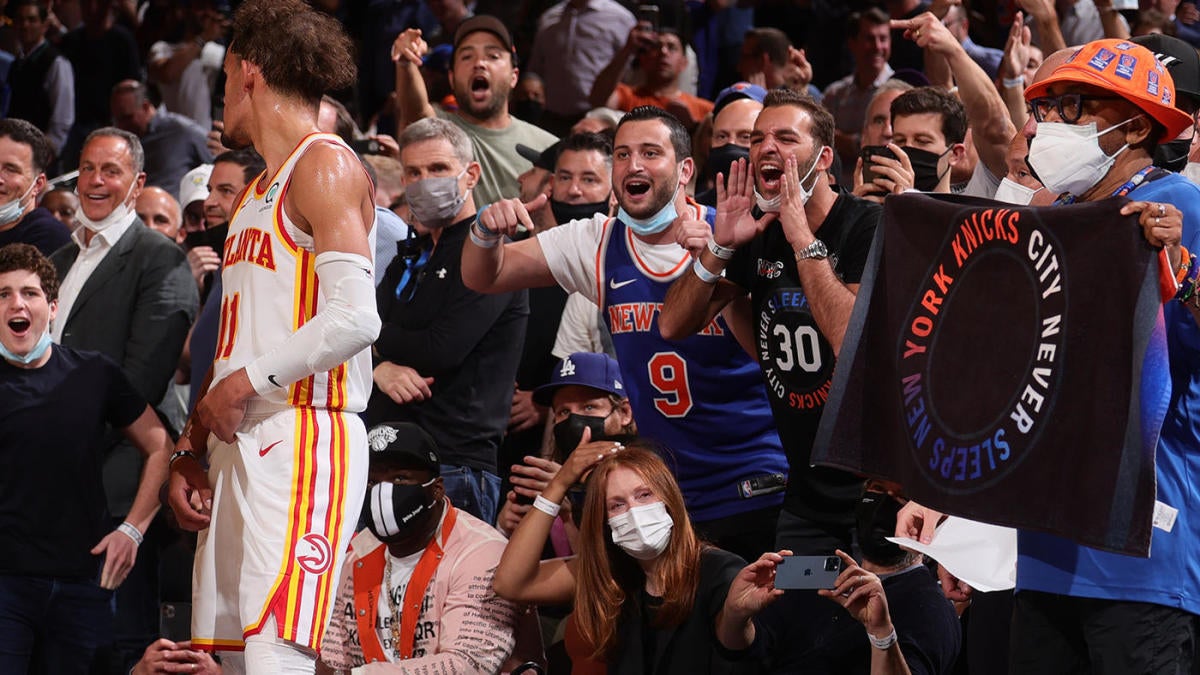 Russell Westbrook of the Washington Wizards was not the only fan in the 2021 NBA Playoffs who had a run-in with the fans in the stands. The likes of Atlanta Hawks guard Trae Young and Ja Morant of the Memphis Grizzlies had to restraint themselves from being a target of the home crowd (File photo).

It’s perfectly okay to heckle opposing players throughout the course of a game, especially playoff games when energy is high. However, it’s just straight-up disrespectful to throw physical objects towards any human being, spit on them or say anything vulgar and racist, especially towards a player’s family members.

Trash talk is a part of the game. You can say “Westbrook sucks” or anything along those lines, but if you were to do any of those other things towards another human being on the street, you’re going to get beaten up.

Just because players are multi-millionaires and can’t physically attack you doesn’t mean that they are objects you can throw things at. Those fans who felt so privileged to act that way should not be banned indefinitely, but for life. It’ll teach them a lesson about the power of consequences for their stupid actions, which their parents clearly didn’t teach to them.

They should also be charged criminally with whatever the law sees fit, as that’ll send a message to fans who feel so entitled to do that that they can face jail time, and when you face jail time, that can hinder your chances of future success down the line.

The spread is currently in the Sixers’ favor, as their odds are -5.5.

If Westbrook is healthy and able to play, then let’s hope he takes his frustrations out on the court and really sticks it to the Sixers. Nothing would be sweeter than to see Westbrook put up another triple-double and kill them with his electrifying play.

Bradley Beal and others should be fired up for this one as well, as they look to prove they belong in the postseason after finishing off the season on an extremely high note. Maybe that fan from Philly added fuel to the Wizards’ motivation for revenge on behalf of Russell Westbrook.

Sameer Kumar
From the greater New York City area. Big fan of sports and love breaking down a wide range of topics in the sports world such as rumors, analysis and also love to share the stories of athletes and how they got to where they are. In my downtime, I love to travel, try new things, read, listen to music, and spend time with those who matter most to me most.
You might also like
NBA BetsNBA Playoffssports betting
MORE
Read More
35