The English Premier League season came to an end over the weekend, and with 23 goals, Harry Kane was awarded the Golden Boot. This award is given each year to the player that finishes the season with the most goals scored. This is Kane’s third time winning the award. He joins Thierry Henry (4) and Alan Shearer (3) as the only players to win the award three or more times.

Since 2014 Kane has scored 162 Premier League goals, which is the most during that time and 32 more than second-place Sergio Aguero. Kane also finished the season with 14 assists and was awarded the playmaker award, this award is given to the player that finished the season with the most assists. At only 27 years old, he already has an impressive resume of accolades and awards and has made his mark as one of the best strikers in the world.

Even with all the individual success, Kane has had, his club Tottenham has yet to win a trophy. Despite him finishing the season with the most goals and assists, Tottenham Hotspur finished seventh in the league and will miss out on all European competitions next year. He might be the best striker in the world, but with other big names piling up both individual and team awards, it’s hard to make the claim that Kane is the best. 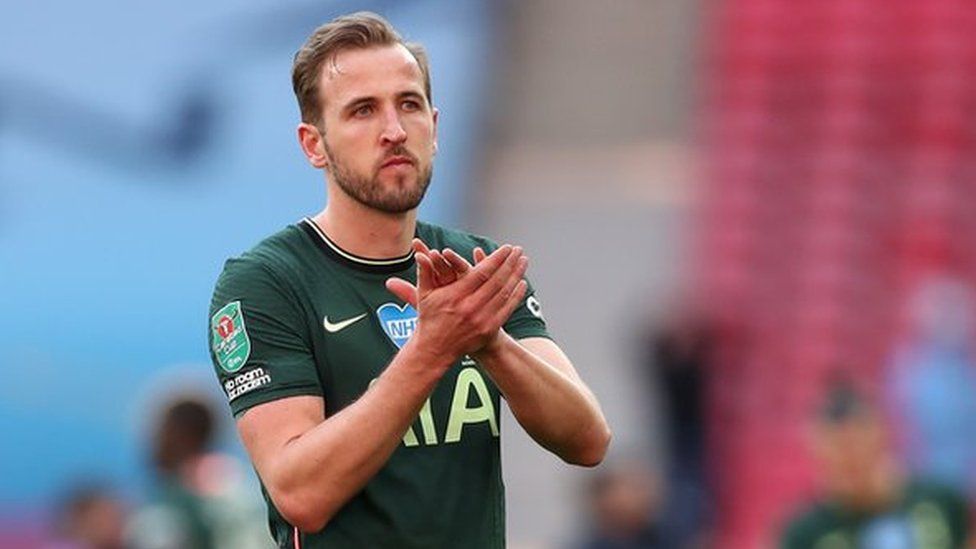 Kane expressed a desire to stay in the Premier League and continue playing in England. Big clubs Manchester United, Manchester City, and Chelsea are all expected to pursue the striker (File photo).

Kane has made it clear he wants to leave Tottenham this summer and go to a team that can compete for trophies. “It’s been no secret that Harry Kane has wanted to compete for the top honors, both as a team and individually. It’s been a frustrating season for him personally.” Sky Sports News reporter Paul Gilmour said, “those feelings of wanting something else and wanting to move away have come to the forefront.”

Kane expressed a desire to stay in the Premier League and continue playing in England. Big clubs Manchester United, Manchester City, and Chelsea are all expected to pursue the striker. Manchester City is seemingly the favorite to lure Kane away from Tottenham. They will have a need for a top striker as Sergio Aguero will leave the club this summer, and they have the money needed to buy a top-class player like Kane.

His recent comments about City midfielder Kevin De Bruyne have also added fuel to the rumors. “He’s a special, special player, and some of the balls I see him put in for City are just a striker’s dream,” said Kane. As his future lingers in the air, Kane will look to lead the England National Team in this summer’s Euros. No matter how the Euros go for England and Kane, the biggest question mark will be: What jersey will Harry Kane be wearing at the start of next year’s Premier League season?

Tune in to find out.

Isaac Cruz
Graduate of The University of New Mexico. Colorado born and New Mexico raised. 26 years old and lives in Albuquerque, New Mexico. Travel, sports, fun. NBA, NFL, soccer and overall fan of all things sports and sports betting. Deep in the culture. The three F's are what I live by: Family, Friends and Fun are the most important things. Find me on twitter @Cruz_Isaac_ or Snapchat at franciscoisaac
You might also like
English Premier LeagueHarry KaneSoccer pickssports betting
MORE
Read More
8 Best NBA Futures Bets: Betting on the NBA Championship
Next